To be a supporter of the Ghanaian football team over the last four decades is to be familiar with sorrow and acquainted with grief.

Four-time Africa Cup of Nations (AFCON) winners Ghana have endured a barren period of 40 years since their last tournament victory in 1982, agonisingly falling short at the final hurdle on three occasions - twice on penalties - during that time.

But this year could be different. The Black Stars have Milovan Rajevac - the coach who led them to the World Cup quarter-finals in 2010 - in charge, Premier League stars like Thomas Partey and Jordan Ayew in their side, and fans hope once again.

So Sportsmail's Max Mathews previews the coastal West African country's chances at the upcoming tournament, and considers whether their finals demons might be behind them at last... 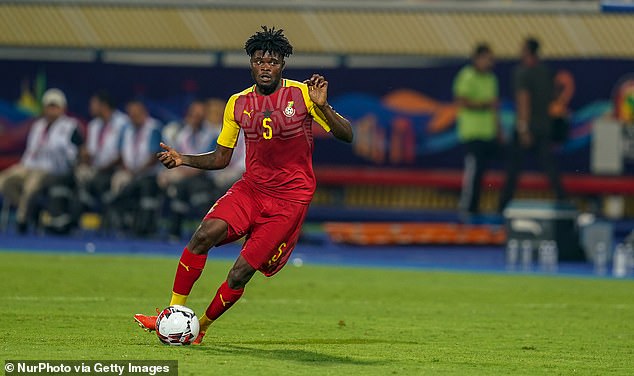 After two narrow 1-0 defeats in successive finals in 1968 and 1970, they did not qualify for three tournaments on the spin before winning two more competitions in 1978 (on home soil) and 1982 with a golden generation of Ghanaian footballers.

The 1982 final also marked the emergence of Abedi Pele, who came on as a sub in that game and began a remarkable international career which marked him as a generational talent and one of the best African players in history.

Abedi's inspirational performances at the 1992 tournament, leading the Black Stars to the final, with a particularly memorable mazy dribble and finish to beat Congo in the quarters, would have been the crowning glory of his career.

However, a yellow card in the semi-final against Nigeria meant he was suspended for the showpiece. Deprived of their star player, Ghana lost in the harshest way, 11-10 on penalties against the Ivory Coast.

A lack of success followed in the 1990s despite the presence of players like Leeds icon and wonder-goal merchant Tony Yeboah and Bayern Munich defender Samuel Kuffour.

Then, just over a decade ago, the 2010 side of Richard Kingson, Kwadwo Asamoah and Asamoah Gyan conceded to Gedo with just five minutes left in the final as Egypt snatched a 1-0 victory.

In 2015, an XI boasting full-back Harrison Afful, midfielder Afriyie Acquah, Christian Atsu and Andre Ayew again reached the final, but in a cruel throwback to 1992 lost 9-8 on penalties against Ivory Coast, despite going 2-0 up after two penalties each. 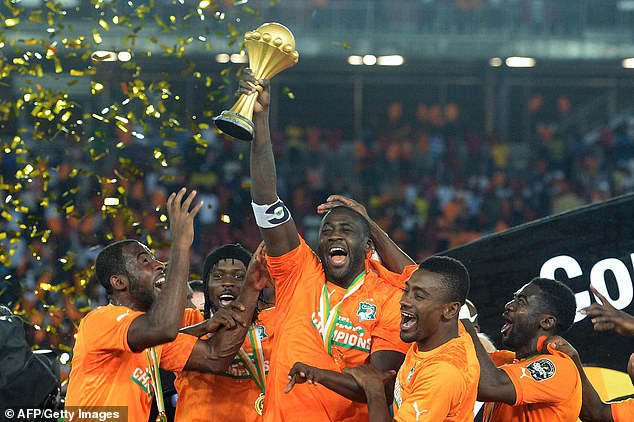 Ghana lost the 2015 final on penalties to Ivory Coast, one of three final losses across 24 years

Coming so close on so many occasions is likely to weigh heavily on the minds of the current Ghana side, a decent number of whom experienced the heartbreak of 2010 and 2015 first-hand.

The 2019 disappointment - exiting at the round-of-16 stage, again on penalties, against Tunisia - was their most recent appearance in the competition.

Ghana do enjoy a legacy of success at AFCON, but may also be haunted by the phantoms of their recent failures and near misses. The current squad will aim to make fond new memories with an AFCON crown in Cameroon in January.

SO WHO MADE THE SQUAD?

Partey is the biggest star. The influential Arsenal midfielder, signed from Atletico Madrid for £45million in October 2020, has an international goals record better than one in three and will provide real all-around quality in the engine room.

Swindon's Joe Wollacott, formerly of Bristol City, will challenge for the goalkeeping shirt, Leicester's Daniel Amartey and the experienced Jonathan Mensah are likely to link up in defence, along with Reading full-backs Andy Yiadom and Baba Rahman. 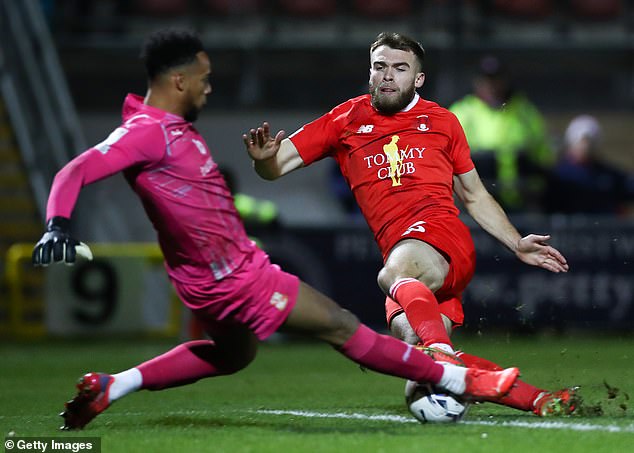 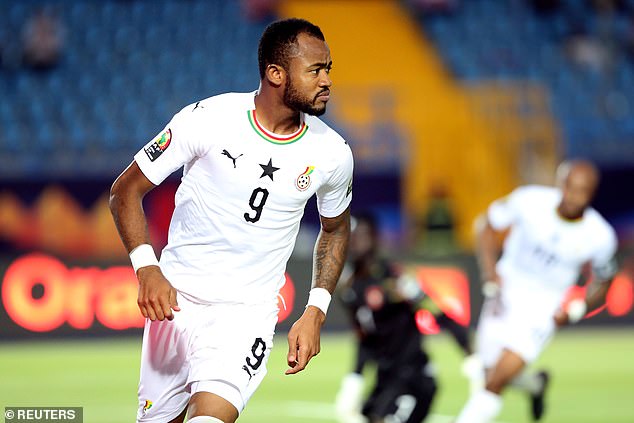 However, Kudus is at risk of missing out due to injury, and wonderkid Felix Afena-Gyan has reportedly declined a call-up to focus on his progress at club level. Those could be the two players cut from the provisional 30-man squad to the final 28.

The (more) experienced goalkeeper Richard Ofori of South African side Orlando Pirates was not among the four goalkeepers named, leaving a callow group between the sticks - with 11 caps between them to Ofori's 19, and two uncapped stoppers.

The absence of promising Southampton defender Mohammed Salisu is a surprise and Fiorentina's Alfred Duncan could well have gone too, but the absence of Crystal Palace midfielder Jeffrey Schlupp is probably the most noteworthy omission.

Schlupp, a Premier League title winner with Leicester, scored and played well in the Eagles' 3-0 win against Norwich alongside Jordan Ayew - and is definitely good enough to start or at least be a regularly playing member of the squad. 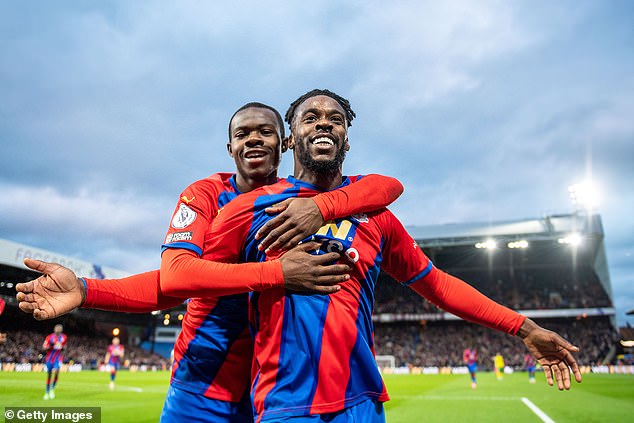 Versatile, powerful Eagles midfielder Jeffrey Schlupp (right) has only made five international appearances in the last five years and has not been picked for Milovan Rajevac's squad 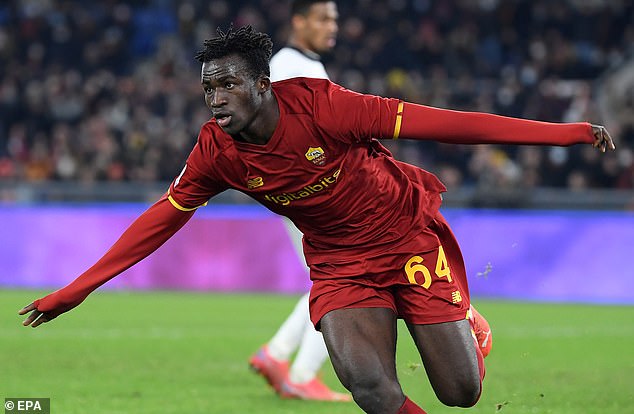 Genoa striker Caleb Ekuban, formerly of Leeds and playing in Serie A, could have gone too, but Maxwell Abbey Quaye of Ghanaian side Great Olympics and Daniel-Kofi Kyereh of second-tier German side St Pauli were preferred up front instead.

Brentford attacking midfielder Tariqe Fosu may well have been picked if fully fit after helping the Bees get promoted to the Premier League, while 20-year-old Peterborough winger Kwame Poku, who misses out, offers promise for the future.

Roma 18-year-old Afena-Gyan, who made waves after scoring two late goals to beat Genoa in November - after which Jose Mourinho bought him some £650 shoes - is one to keep an eye on if he travels.

WHO ARE THEY UP AGAINST?

In Group C, Ghana have two tough assignments: Gabon and Morocco, the latter a genuine tournament heavyweight. Comoros, meanwhile, are making their AFCON debut and should not cause their opponents too much trouble. 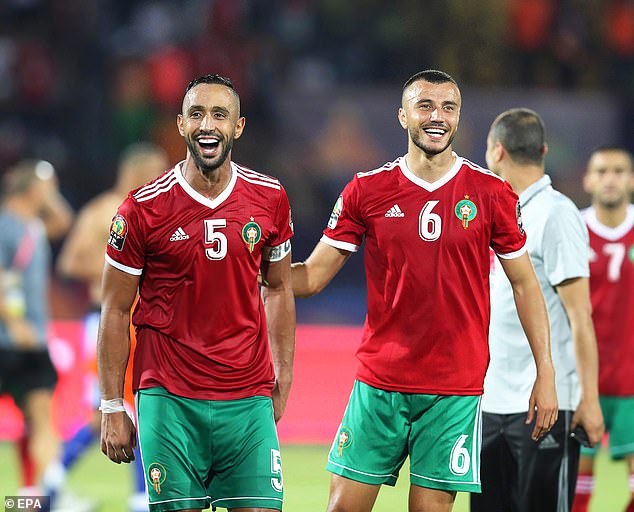 Morocco, who Ghana face in Group C, are among the favourites and will be tough opponents

Although Rajevac's side have got to the semi-final in six of the most recent competitions, they haven't won the title in that time, last coming out on top in 1982 - 40 years before this tournament's final.

SO WHAT ARE THEIR CHANCES?

Their team, on paper, looks strong. The defence is fairly settled, Partey is one of the stars of the tournament, and in attack they have a heady cocktail of skilful, exciting youngsters and experienced older heads.

But they may come unstuck at the back. There are some real quality goalkeepers at the tournament - Edouard Mendy, Yassine Bounou, Andre Onana - but none of them play for Ghana. To have such inexperience between the sticks could cost them.

Similarly, sacking boss Charles Akonnor in September and replacing him with Rajevac, the coach from their eye-catching 2010 World Cup run, may count against them in terms of upheaval, although the Serb is a known quantity in the dugout. 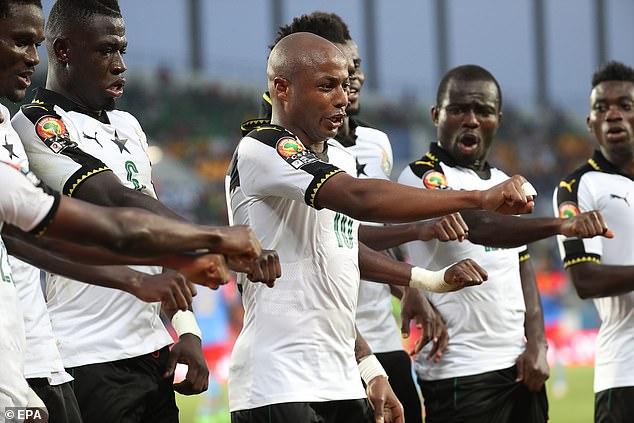 They also don't possess the squad depth of previous Ghana sides, and the likes of Morocco, Senegal, Ivory Coast, Egypt and Nigeria will all fancy their chances, so getting to the last four would be a good achievement.

That said, the 52-ranked side in the world rankings are among the bookies' favourites and they're as good as the Algeria side which won the last tournament.

So with some long-overdue luck, magical things could happen, with the trophy and continental glory finally returning to Ghana amid uninhibited joyous celebrations from the 31million population, from Accra and the Aburi Mountains to Kumasi and Tamale, and everywhere in between.