Bundesliga outfit Bayer Leverkusen are discussing a possible pre-contract for Eddie Nketiah of Arsenal, with the youngster's contract coming to an end this summer.

Leverkusen have a strong track record of developing youngsters and Sportsmail understands that the Germans have set their sights on Nketiah, 22, who will be a free agent at the end of the season.

Crystal Palace have also been linked with a swoop for the striker but the Eagles will need to brace themselves for a battle with Leverkusen for the Englishman's signature. 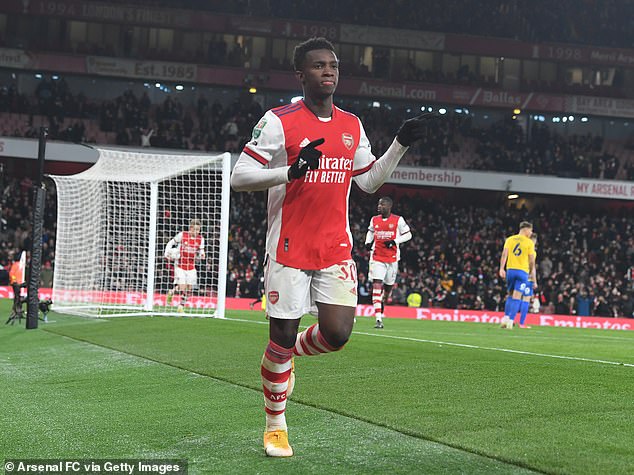 Nketiah has rarely featured under Mikel Arteta in the Premier League this season, but has impressed in the Carabao Cup, with his five goals in three games firing the Gunners to the semi-finals.

Brighton and West Ham have previously been linked with the 22-year-old.

A host of Arsenal youngsters have flourished at the Emirates this season, with Emile Smith-Rowe, Bukayo Saka and Gabriel Martinelli all thriving under Arteta, yet Nketiah is still awaiting his chance.

Alexandre Lacazette is currently ahead of the striker, although Pierre-Emerick Aubameyang's exile may have opened a door for Nketiah.

The Gunners have also been linked with strikers this window. Fiorentina's Dusan Vlahovic, Lille's Jonathan David and Alexander Isak of Real Sociedad are all reported targets. 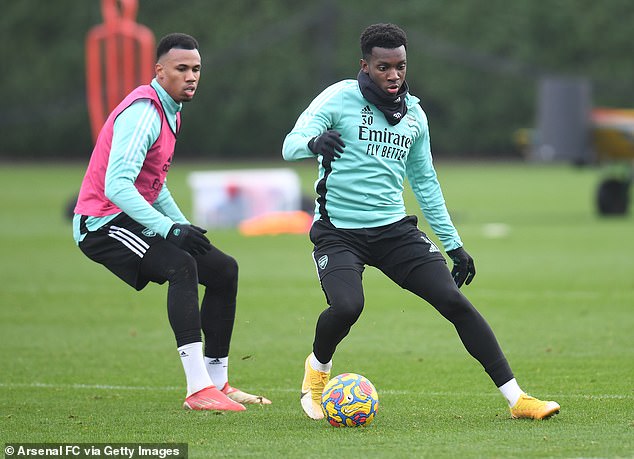 Could TODAY be Phil Jones's big chance? Injured Harry Maguire is OUT of Man United v Wolves - and with both Eric Bailly and Victor Lindelof having issues, Ralf Rangnick could end a TWO-YEAR exile