The hope lasted for all of 16 minutes here at the Emirates Stadium as news of Tottenham’s opener at Norwich killed the mood.

Credit to the Gunners, they did their job. Unfortunately for them, so did Spurs at Carrow Road as Mikel Arteta side’s Champions League dream went up in smoke.

Instead, they’ll play in the Europa League next season; no mean feat for a club that were being tipped for relegation following a dismal start. 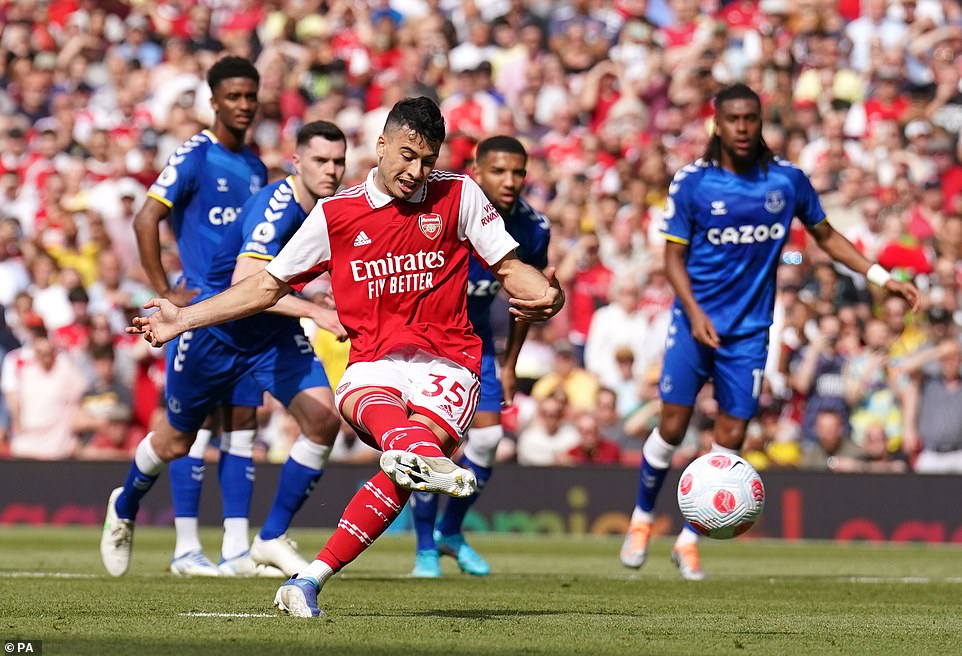 Gabriel Martinelli, who was announced as Arsenal's No 11 next season, scored from the spot to break the deadlock on Sunday 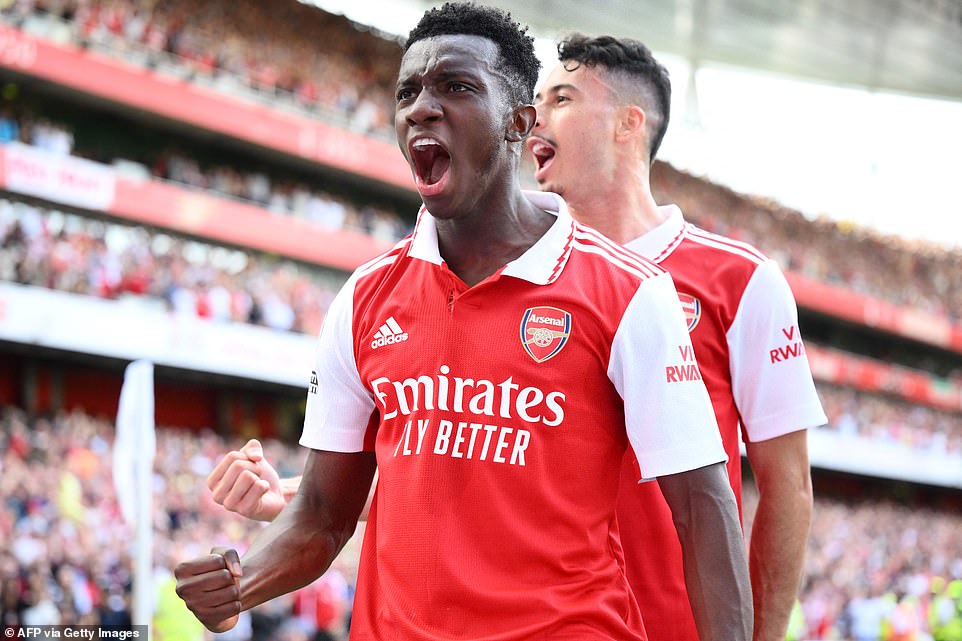 In time, Arteta and his players will see it that way. But right now the wounds are too raw.

It was within touching distance; but they bottled it. Maybe that’s harsh; this is a young Arsenal squad after all.

But right now it’s difficult to put an alternative spin on their end-of-season capitulation. Following a run of five defeats from their final nine matches prior to this demolition of Everton, there’s little to be positive about right now.

It’s hard to look beyond Monday’s loss up at Newcastle and the harrowing loss to Tottenham four days prior.

They needed three points from a possible six. They got zero.

Of course, success or failure is decided over the course of the season but those two punishing defeats will be hard to shake off.

The fact it was that lot from down the road who’ve capitalised on their collapse merely makes matters worse.

'We needed a miracle and it didn’t occur. The league table doesn’t lie,’ said Arteta.

On the final day of the season, Arsenal took out their frustrations out on Everton, who came into this encounter safe in the knowledge that they’ll be a Premier League team next season following Thursday’s epic comeback against Crystal Palace.

This was one game too far for this Everton team; their cup final was five days ago.

But Everton can’t endure another campaign like this, Lampard is already planning to ensure it doesn’t.

‘I’ll take a break now but I’ve already started looking at next season because we can’t stand still,’ said Lampard. 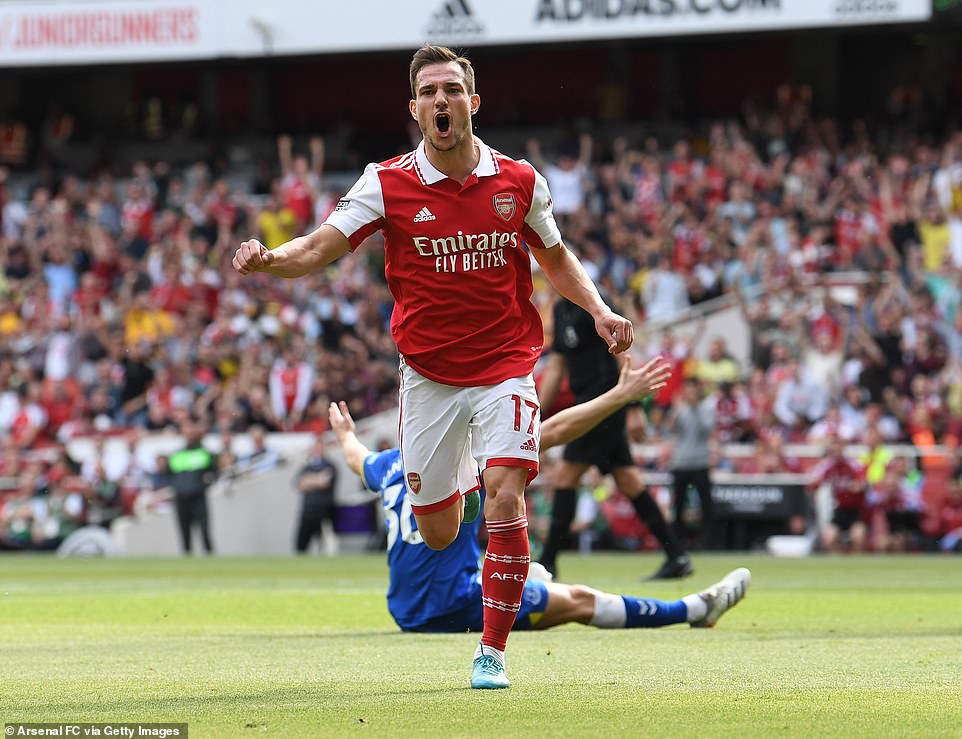 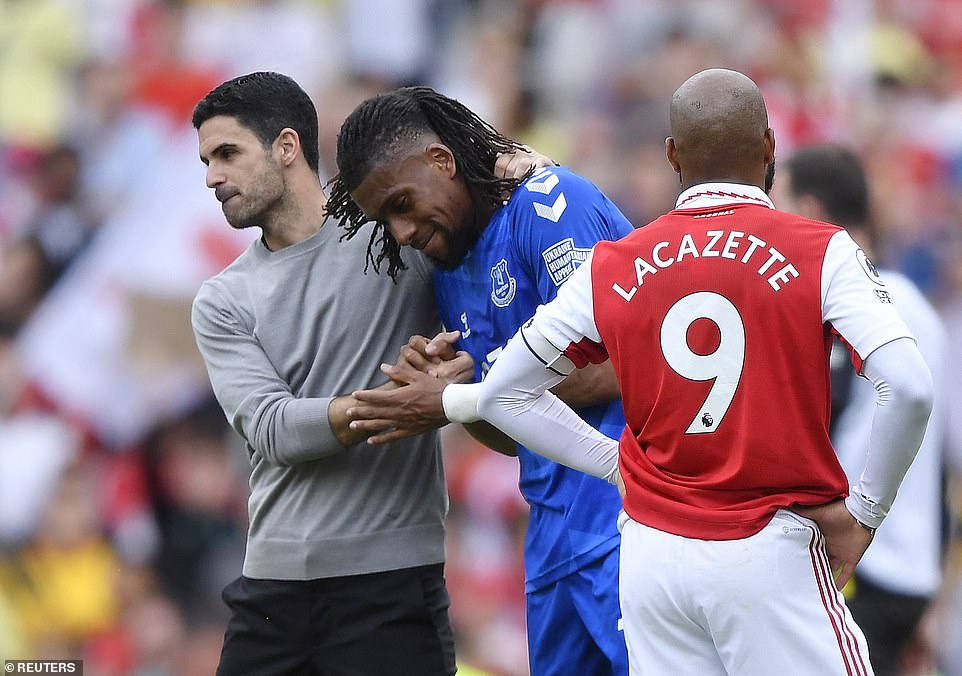 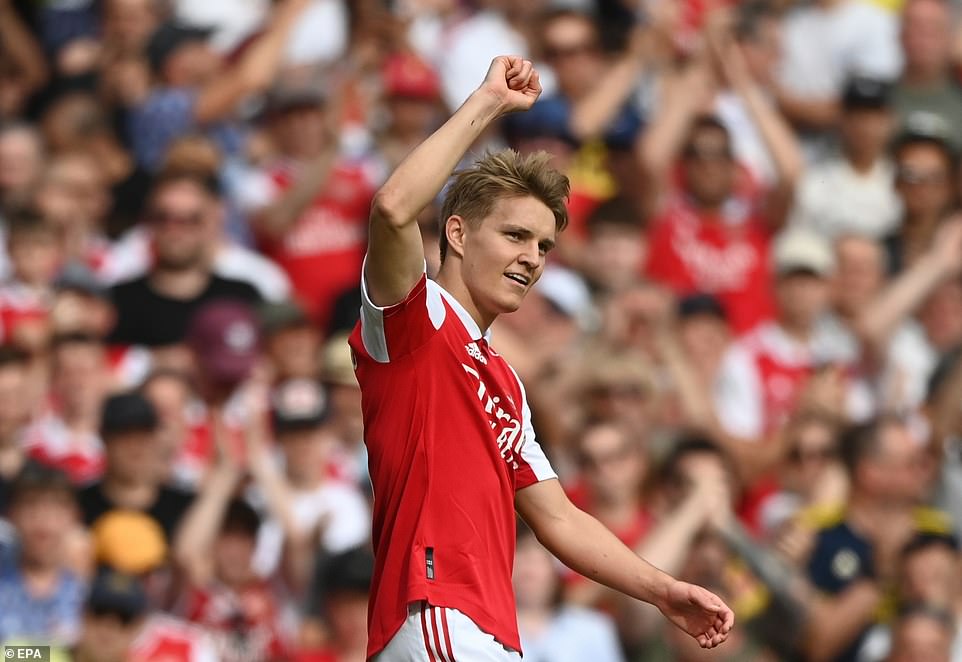 Not that their fans seemed too concerned about getting slapped 5-1 on Sunday, the biggest cheer of the afternoon from the away end wasn’t to greet Everton’s only goal of the afternoon - scored by Donny van de Beek - but Ilkay Gundogan’s third for Manchester City that killed Liverpool’s Quadruple dream.

Arsenal were superior in every department; from the moment Gabriel Martinelli slotted home a 27th minute penalty awarded by VAR after former Gunner Alex Iwobi handled in the area, this result was never in doubt.

Four minutes later Eddie Nketiah doubled their lead in what could be his last game for the club, nodding home from close range after Martinelli’s deft flick from Bukayo Saka’s corner.

Van de Beek halved the deficit on the stroke of half-time, but Everton hardly deserved their goal.

Not that the Everton supporters appeared to give two hoots about the result as they left the Emirates in jubilant mood. No prizes for guessing why. 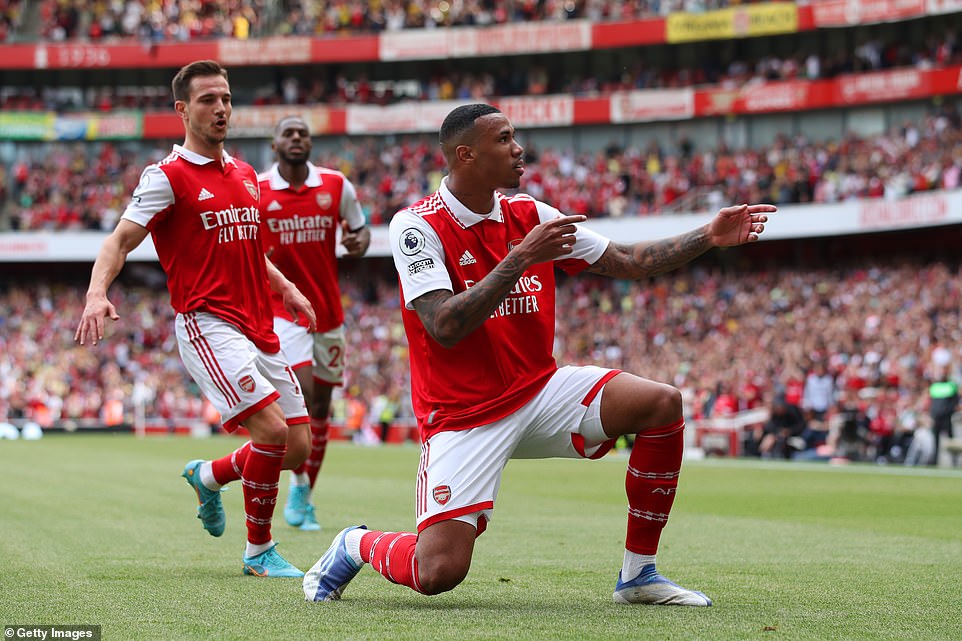 Mesut Ozil reveals he has NO plans to leave Fenerbahce this summer despite being frozen out of the first-team picture after altercation with manager Ismail Kartal... but insists he'll 'work hard and always keep myself ready' for a return