Premier League players have agreed to reduce the number of times they take the knee next season.

Top-flight footballers are to continue with the anti-discrimination gesture during the 2022/23 campaign - which kicks off on Friday night when Crystal Palace host Arsenal.

However, players have decided not to take a knee before every match following talks led by the captains of all 20 Premier League clubs. 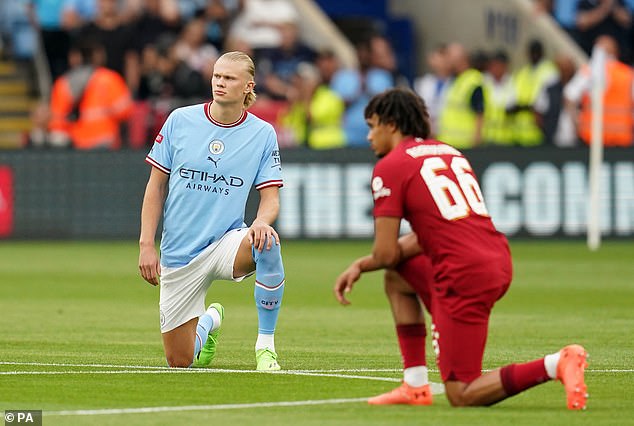 Instead, teams will only perform the act on specific occasions during the forthcoming campaign.

Those occasions will include the periods of the season during which the campaign No Room For Racism is active, the FA Cup and EFL Cup finals, Boxing Day and the first and final match week of the season.

Club skippers met last Thursday to discuss a number of issues, including taking the knee.

While a number still supported continuing with the pre-game custom, there were opposing views from some who felt the gesture had run its course. 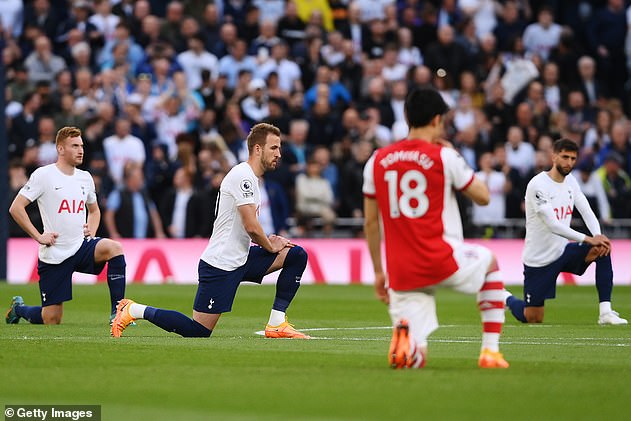 A compromise has now been found to ensure taking the knee remains part of the Premier League season, but only ahead of certain matches.

Bournemouth, however, will not take the knee at all next season.

Swansea and Bristol City are among the clubs in the EFL who have confirmed they will not be taking the knee.

While support for equality remains as strong as ever among top-flight footballers, as does the idea of making impactful statements, there was some hesitation during a meeting of Premier League captains last Thursday to make a definitive decision on how to proceed next season - but a resolution has now been found. 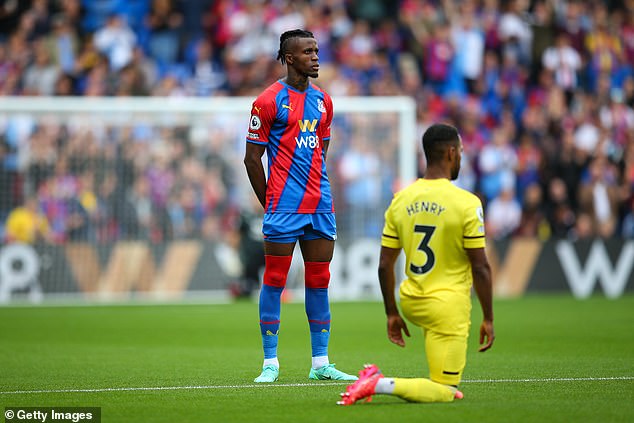 The act of taking the knee before every Premier League game was first introduced in 2020 during Project Restart as a show of racial solidarity during the Black Lives Matter movement following the brutal death of George Floyd in the USA.

And the gesture has continued ever since in the face of criticism from certain circles that the act had political connotations.

Indeed, sources have indicated to Sportsmail over the summer that certain figures were keen for the salute to be scrapped because it was proving too divisive. 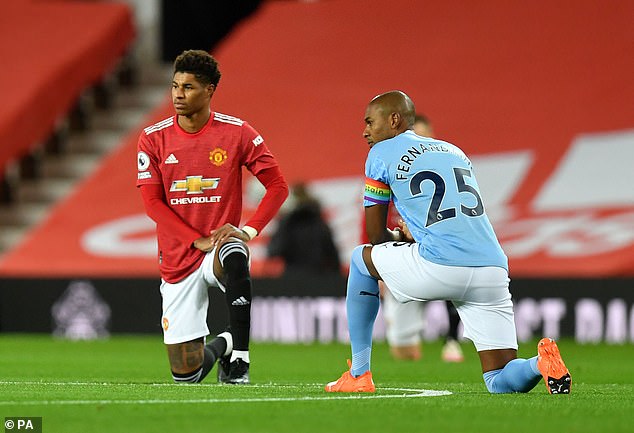 'I was really struggling': Arsenal star Kieran Tierney opens up on his agony of losing friends to suicide and reveals he struggled with 'homesickness' after moving to London from Glasgow in Amazon's All or Nothing series

'What on earth is he doing?': Piers Morgan leads criticism of Mikel Arteta's 'insane' idea to play 'You'll Never Walk Alone' over speakers in training before Liverpool trip... as Gabby Agbonlahor labels it 'the most pathetic thing I've ever seen'