No Mane or Mo so the heat's on Firmino: Jurgen Klopp calls for the BARCELONA SPIRIT as Liverpool are tasked with winning without their two main men for the first time in five years EXCLUSIVE: Steve McManaman admits Real Madrid's Spanish Super Cup showdown with Athletic Bilbao is not a foregone conclusion despite his former club's need for silverware... while heaping praise on Vinicius Jr for becoming one of Carlo Ancelotti's star men Memphis Depay still has credit in the bank The day Ousmane Dembele finally decided to leave Barcelona Juventus and Manchester United, Dembele's possible destinations

Barcelona have been left disappointed by comments made by club ambassador Ronaldinho regarding Lionel Messi's move to Paris Saint-Germain.

Messi ended his lengthy association with Barcelona last summer when he joined PSG on a free transfer, with Ronaldinho commenting that the deal was 'a pleasant surprise'.

Ronaldinho played for PSG between 2001 and 2003 before signing for Barcelona. 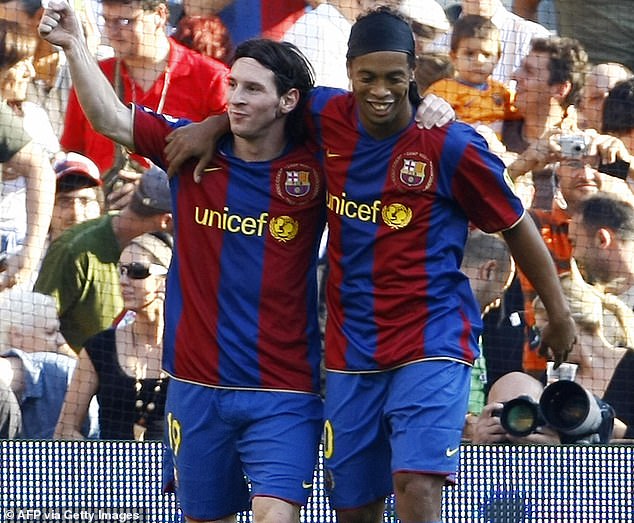 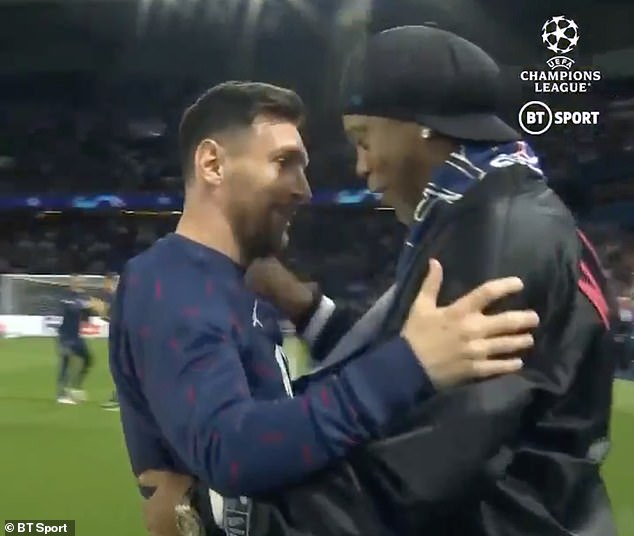 As reported by The Mirror, Ronaldinho said of Messi's move: 'I did not expect it (the transfer) to happen, I was counting on Messi going to finish his career at Barcelona.

'It was a surprise, but a pleasant surprise for me.'

When PSG faced RB Leipzig in the Champions League in October, Ronaldinho spoke to Messi on the pitch before the game.

After his meeting with Messi, Ronaldinho said: 'It is a great joy to have played for these two clubs and now to see my friend wearing this shirt, there are many moments of joy for Leo Messi.

'I am very happy to see Messi at PSG, a club that occupies an important place in my heart.'

Messi and Ronaldinho had a strong connection when they played together at Barcelona.

Known for his incredible flair, Ronaldinho helped Barcelona to win the Champions League in 2006, while he also won two LaLiga titles with the club. 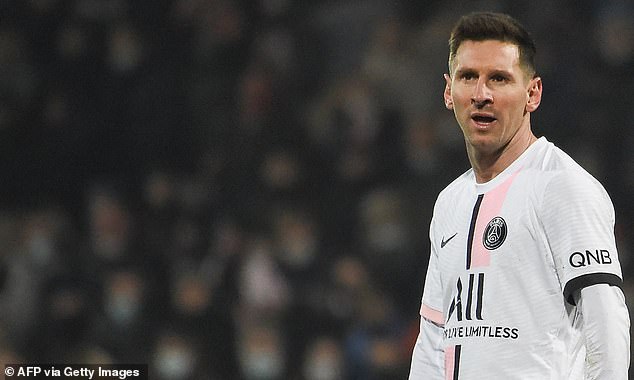 In 2017 Ronaldinho signed a ten-year deal with Barcelona to become an ambassador for the club at institutional events.

Messi has scored just one league goal in eleven games for PSG so far, although he has provided five assists and has also been affected by injuries.

The Argentine has fared considerably better in the Champions League, scoring five goals in as many games as he helped PSG to advance to the knockout stages, where they will face Real Madrid in the last-16.

Memphis Depay still has credit in the bank

Erling Haaland 'tells star-struck fans that he WILL play in Spain' whilst on holiday in Marbella, with hint over his future handing Barcelona and Real Madrid a major boost in chase for the striker