Clairvoyant Paul Scholes is right AGAIN: Solskjaer's switch to a back three can't cure all of Man United's ills... once more they were reliant on Cristiano Ronaldo to bail them out of trouble

Paul Scholes brought many talents to the football pitch as a player, but it’s fair to say clairvoyance wasn’t one of them.

As a pundit, on the other hand, Scholes is proving rather prophetic. After Manchester United’s comeback win over Atalanta a fortnight ago, he successfully predicted that his old club would be four goals behind by half-time if they played with the same abandon against Liverpool.

Scholes was at it again last night as he discussed the merits of United’s altogether more cautious, compact 3-4-1-2 formation which worked so well at Tottenham on Saturday and looked like becoming the new norm – well, at least while Ole Gunnar Solskjaer tries to steady the ship and keep himself at the helm. 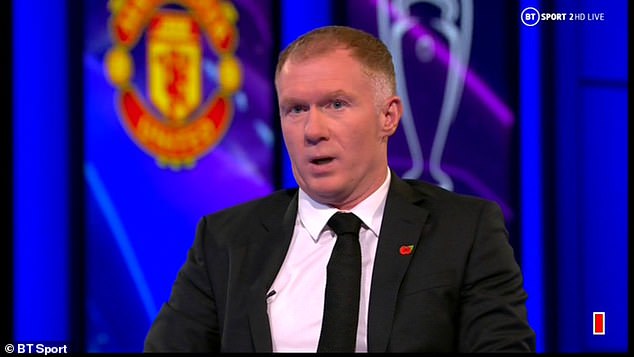 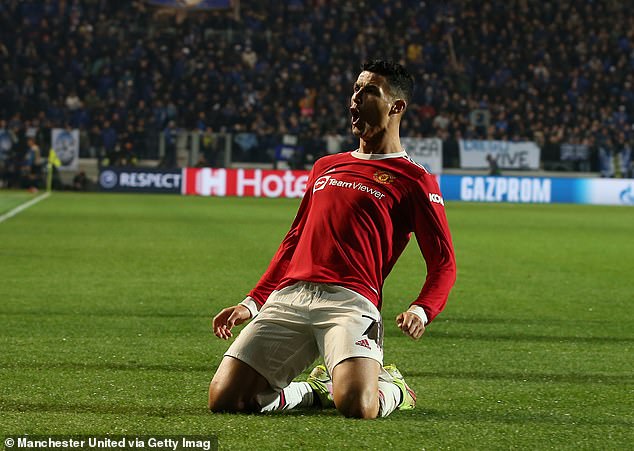 ‘We can’t really get carried away because Tottenham clearly weren’t right, they were in a little bit of a mess,’ Scholes told BT Sport. ‘It’s a tougher game and we’ll see what United are made of.’

As Scholes feared, this was a much tougher examination of Solskjaer’s Plan B. United were a goal down inside 12 minutes and had to revert to a back-four before half-time when Raphael Varane went off with a hamstring injury on only his second appearance since returning from a groin strain.

Cristiano Ronaldo came up with an equaliser but United struggled after that and fell behind again before Ronaldo came to their rescue.

Varane will be a huge loss if he is ruled out of the Manchester derby at Old Trafford on Saturday. Scholes was not alone in wondering whether United are heading for more trouble against Manchester City. 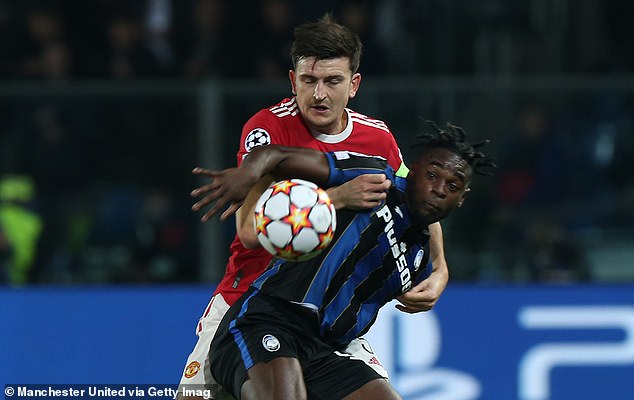 You couldn’t blame Solskjaer for sticking with a back-three after Saturday’s win at Spurs and he may do it against City as long as he has enough fit central defenders for the job – Victor Lindelof missed this one through injury. It has worked for United before in big matches.

But the lesson last night was that it clearly can’t cure all of their ills. They still conceded goals and Atalanta sat deep, making it hard to hit them on the break.

Eric Bailly replaced Lindelof, making only his second appearance of the season and his first in the Champions League since the famous win over Paris Saint-Germain in March 2019 when he was subbed in the first half. 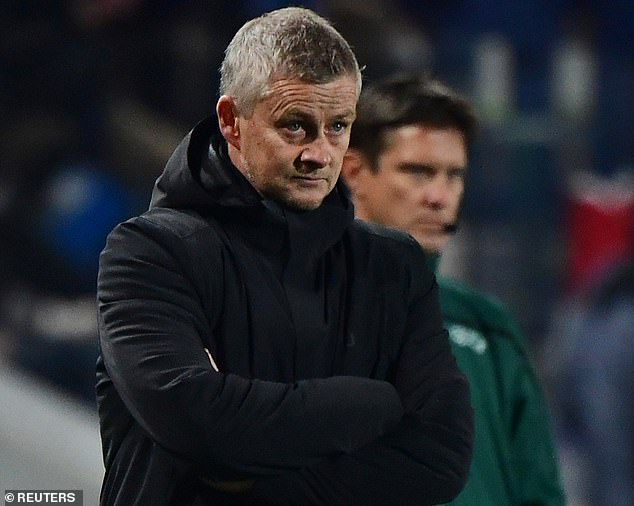 The combative Ivorian was excellent on this occasion, typically stopping two efforts from Duvan Zapata with his face in the first half.

The same could not be said of captain Harry Maguire or Paul Pogba, who also returned to the line-up last night but only, one suspects, because he is suspended for the derby and Fred needed a break. The erratic Frenchman demonstrated once again why he cannot be trusted in a deeper role and was replaced in the second half even though Scott McTominay was on a booking.

Ultimately, United were reliant on Ronaldo to bail them out of trouble with another late goal. But you didn’t have to be a clairvoyant to predict that.

Atletico Madrid's long wait: A month and still no word on Griezmann's ban