Two goals from Georginio Wijnaldum weren't enough for PSG to beat Leipzig as the German club salvaged a 2-2 draw with a stoppage-time penalty in the Champions League on Wednesday.

PSG were on course for a win to go top of Group A ahead of Manchester City until Presnel Kimpembe fouled Christopher Nkunku and gave away a penalty.

Goalkeeper Gianluigi Donnarumma had saved another Leipzig penalty earlier, but this time substitute Dominik Szoboszlai's shot was just out of his reach as Leipzig earned their first point of the season. 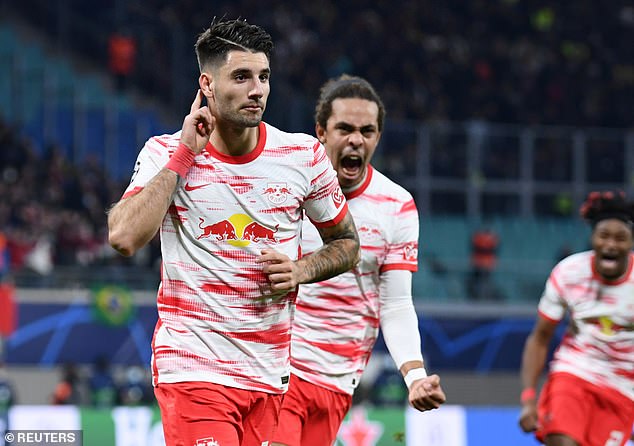 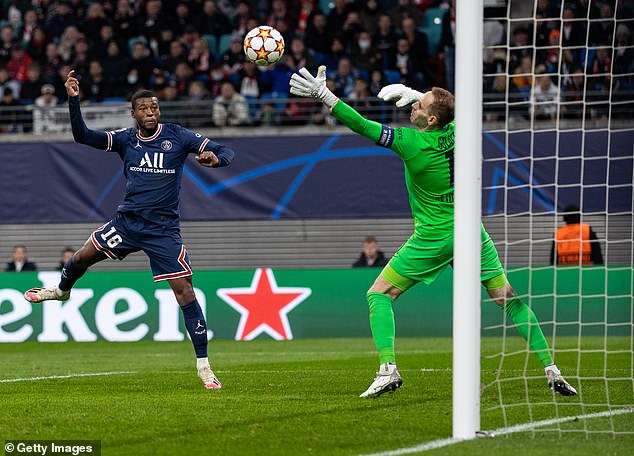 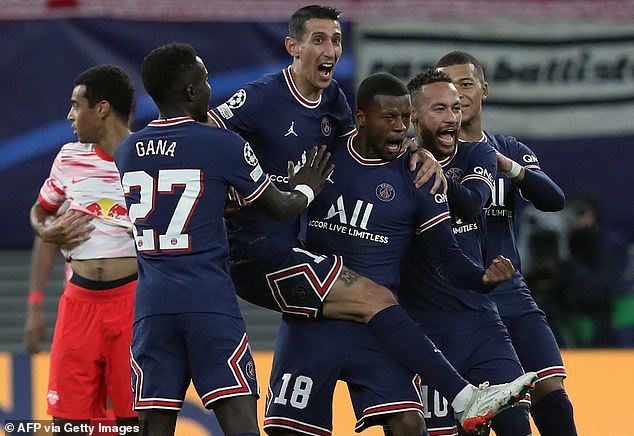 PSG arrived without the injured Lionel Messi but with Kylian Mbappe back from illness, though it was Wijnaldum who provided the scoring.

However, it was Leipzig that came out attacking and took the lead through former PSG forward Nkunku in the eighth minute with a diving header off a cross from Andre Silva.

Leipzig's record of spirited defeats means Nkunku has now scored five times in this season's group stage, none of them in a winning cause.

Donnarumma stopped PSG falling further behind soon after when he saved Silva's penalty after the Portuguese forward was held by Danilo while bearing down on goal. 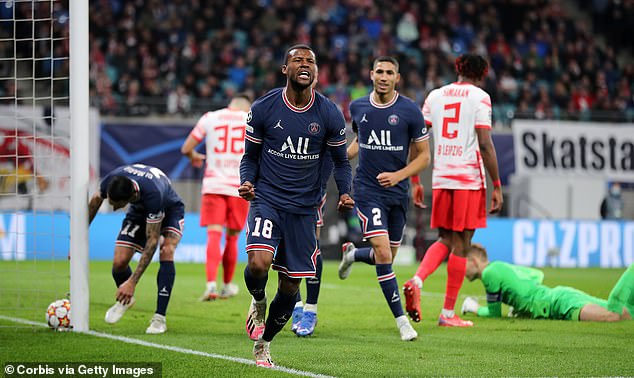 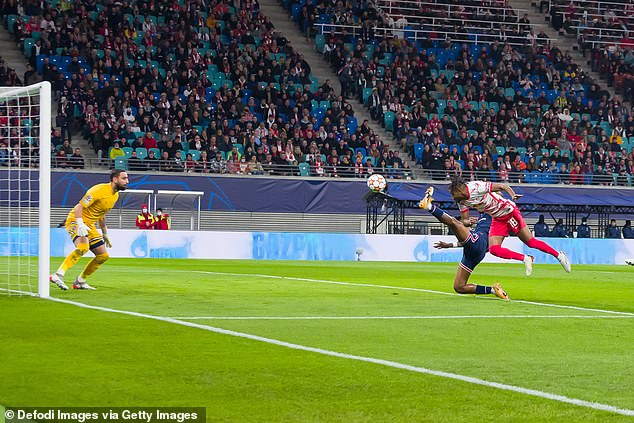 From there, PSG started to impose themselves on the game and scored with their first real chance in the 21st minute, Mbappe setting up Wijnaldum with a smartly weighted pass for the Dutch midfielder to add the finish.

Video review was needed for Wijnaldum's second goal when he headed in after a corner was flicked on by Marquinhos. The flag went up for offside, but VAR showed he was just onside. Leipzig kept pushing through the second half and eventually earned the penalty.

Manchester City lead the group after beating Brugge 4-1 in the other game Wednesday. City host PSG in the next round of games on November 24. Leipzig can no longer qualify despite the late equaliser. 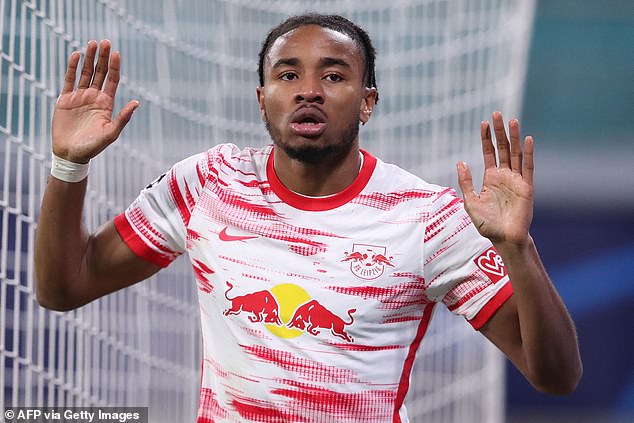