Romelu Lukaku's death stare while sat seething on the Chelsea bench at Everton is 'a face of a man who wants to go back to Inter', say fans, who lament 'sad' sight, slam Thomas Tuchel's 'dreadful man management'... and poke fun at him!

Romelu Lukaku's death stare while sat on the Chelsea bench went viral following the 1-0 defeat to Everton on Sunday.

When Chelsea had made their final substitution of the afternoon at Goodison Park, television cameras panned to the Belgian striker who was clearly irked about not getting onto the pitch despite his side trailing and needing a goal.

After Mateo Kovacic replaced the injured Jorginho at half-time, Thomas Tuchel brought Christian Pulisic and Hakim Ziyech on in the 68th minute instead of turning to Lukaku. 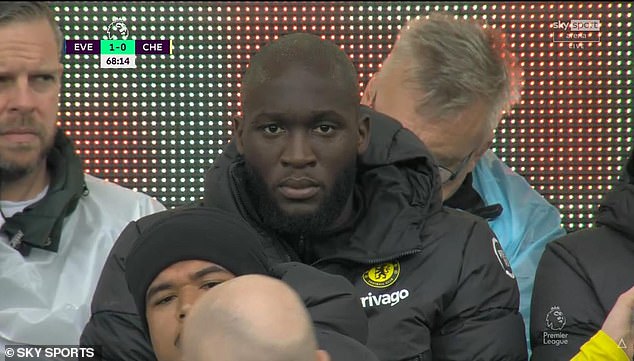 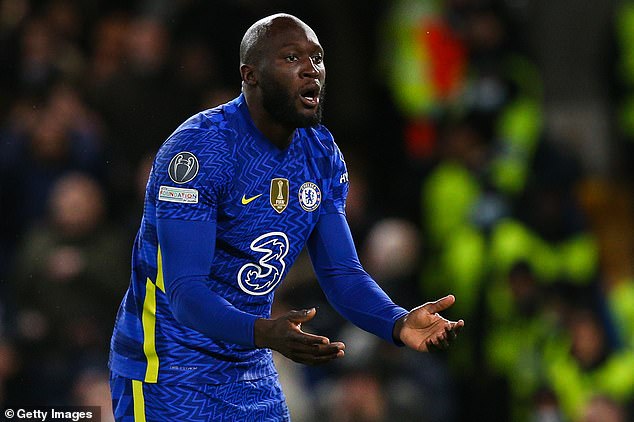 It has been a disappointing season for Lukaku following his £97.5m return to Chelsea

'We had to take Jorgi off and I only had three changes,' the German explained after the game when asked why Lukaku was left on the bench.

It is just the latest chapter in a sorry season for the 28-year-old following his £97.5million return to Stamford Bridge last summer.

He has started just 13 Premier League games this term and scored only five goals, failing to find the net in the league in 2022.

But there was sympathy for Lukaku on social media, with Chelsea fans instead aiming their frustrations at Tuchel. 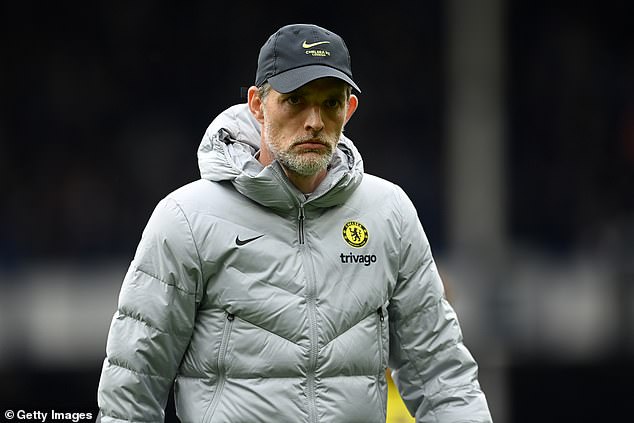 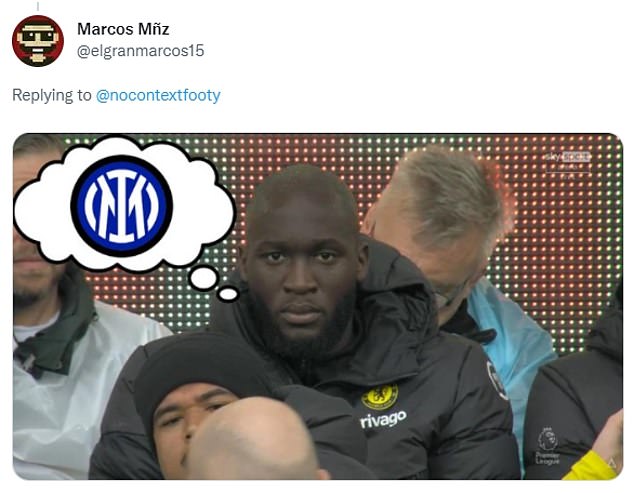 '[Lukaku] deserves better,' one supporter tweeted. 'Dreadful man management from Tuchel. Lukaku is not the sole reason as to why he hasn’t been scoring goals. We’ve got zero creativity or technical ability around him to supply him with chances.'

'Imagine being signed for big money,' another added. 'Sold every promise under the sun to sign only to be used like Chris Wood when you actually sign. Baffling.'

There is increasing speculation about Lukaku's future, with Goal reporting that he is unhappy with his lack of game time under Tuchel and is exploring other options.

He has been linked with a return to Inter Milan, where he won the Serie A title and player of the year award last season after netting 24 goals in 36 appearances.

Lukaku gave an interview to Sky Italia in December, stating that he was 'not happy' with his situation at Chelsea and that he 'really hoped' to go back to Inter one day.

Captioning the image of the striker on the Chelsea bench at the weekend, one fan wrote: 'A face of a man who want to go back to Inter.'

'Lol what did he think was going to happen after that interview?' another supporter tweeted.

One fan even joked that Lukaku needed a 'career change' and referenced comments from Antonio Conte, who last year suggested that the Belgian was good enough to play American football.

'Lukaku this is just sad bro,' the fan tweeted. 'I know a couple NFL teams that need linebackers.'