Thomas Tuchel 'has made contact with Raheem Sterling ahead of Chelsea's opening bid for £60m-rated Manchester City forward' as new owner Todd Boehly looks to make a statement with the first of his six promised signings Chelsea 'fail with a fresh approach for Declan Rice' as Thomas Tuchel continues to eye a move for the England midfielder... with West Ham officials 'not willing to sell for less than their £150m asking price'

Franklin’s Gardens was close to full bloom, with Northampton showing signs of a spectacular summer blossom. They scored some of the most eye-catching tries of the season — rugby’s equivalent of the Chelsea Flower Show — and stylishly powered their way into the play-offs.

Tommy Freeman, the young bud on the wing, scored three of their 10 tries, securing a play-off derby at Leicester. They will travel to Welford Road as underdogs, wary that their work could be trampled all over, but if this confidence continues to run through their veins then anything is possible. Just ask Harlequins.

Their backline found space all over the pitch. They played with their heads up, marshalled by Dan Biggar, and exploited it with a sense of adventure. The old oaks in the forwards showed just as much subtlety. The first three tries were scored by the pack, two from hooker Sam Matevesi and another from lock Alex Coles, who finished off a fluid counter-attack. 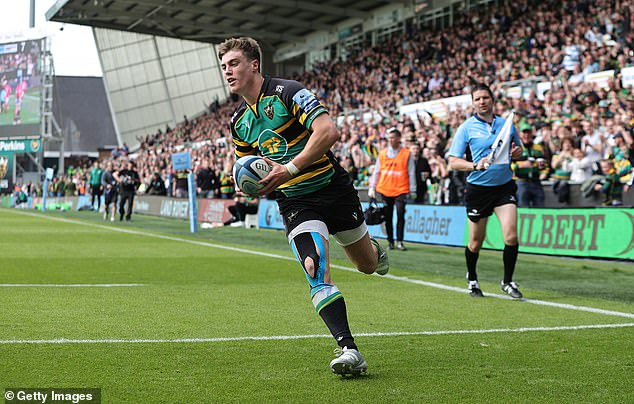 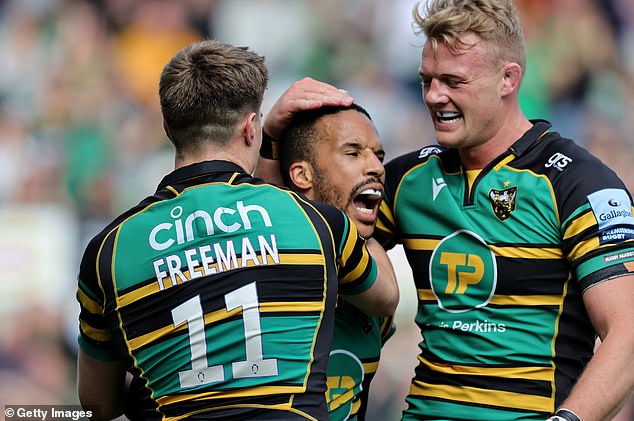 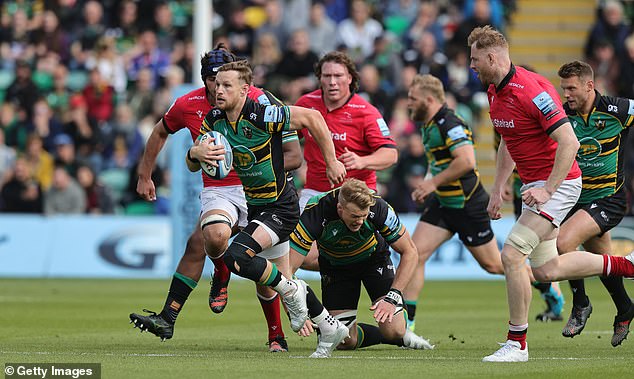 Rory Hutchinson breaks forward for Northampton during their victory against Newcastle

Throughout the first half, Newcastle offered limited resistance. This was the last stand for their director of rugby, Dean Richards, who is stepping down after a decade and it was a farewell to forget. Callum Chick’s cutting 30-metre score was their highlight of the opening 40 minutes, which was littered with turnovers and missed tackles. Richards’ successor has a big job on his hands.

Northampton got the job done by half-time. Alex Mitchell dummied his way out of the 22 and sparked a pitch-length attack. Offload after offload. Support run after support run. They flooded the space, with Api Ratuniyarawa shining in his final appearance at the Gardens and Mitchell finished off the move to lock down the bonus point within 33 minutes.

As frustrations grew, Greg Peterson was sin-binned for a sloppy uppercut on Lewis Ludlam at the ruck. With a few more sparring sessions behind him, it could have been red. With the one-man advantage and with one second left on the clock in the first half, Biggar hurriedly punted a penalty into touch. Rory Hutchinson broke through midfield and Freeman scored his first. 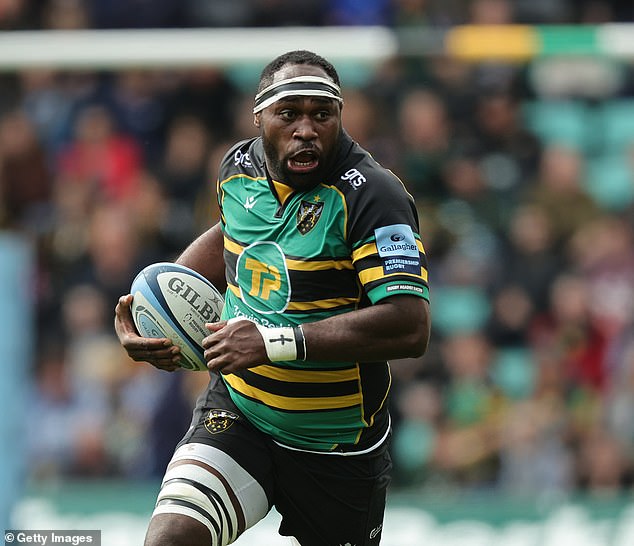 Mission accomplished? Chris Boyd’s team took their foot off the throat in the third quarter and they could have paid a heavy price. Mitchell was sin-binned for coming offside at a driving maul, resulting in a penalty try for taking out George McGuigan.

Jamie Blamire scored from another lineout and Newcastle showed signs of life. Mirroring Northampton’s have-a-go heroes, they launched their own offloading siege, throwing behind-the-back passes and quick hands before Adam Radwan took their tally to 19 unanswered points. ‘That was clearly a long way from the script,’ said Boyd.

‘We probably pushed too much when it loosened up. There is not much of that you would take into the Leicester game.’

On the hour mark, after a hand off by Juarno Augustus, Hutchinson scored down the right to. And Northampton’s position was consolidated when Robinson was sent off for a head on head tackle as Biggar through the final pass. 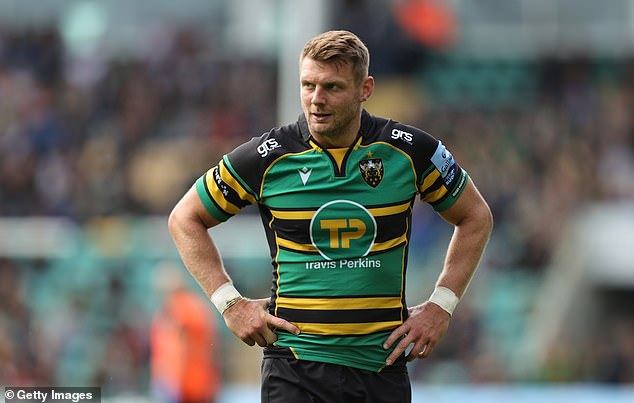 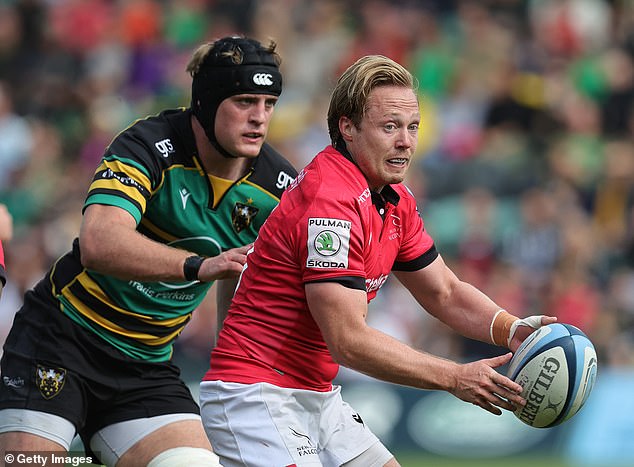 The final 20 minutes were an exhibition of running rugby. Stripping the ball out of Newcastle hands on the own five-metre line, Hutchinson surged upfield. George Furbank joined in and Freeman showed his speed, beating Radwan to score. Minutes later, he pounced on a loose ball to complete his hat-trick. ‘He’s big, strong, fast and a good footballer,’ said Boyd. ‘None of us have got an idea of what the requirement for England is but he’s certainly put his hand up.’

Saints completed their late charge to the play-offs when Courtnall Skosan scored a breakaway try, before Biggar launched a crossfield kick on his try line and Ludlam marked his 100th appearance with the finishing touch.

Boyd said: ‘Two months ago we were sitting eighth or ninth and have managed to sneak into the top four. Experience is important too and we have a very limited amount of that. There’s something to be said for youth and fearlessness. We can’t go to Welford Road and die wondering. We have to throw the kitchen sink at them.’

FAN VIEW: The Chelsea Supporters' Trust are very encouraged by Todd Boehly's vision and views on improving fan representation... we would be amazed if the consortium does not give supporters what we want at Stamford Bridge