Chelsea boss Thomas Tuchel backs his former mentor and 'tactically elite manager' Ralph Rangnick to revive Manchester United and refuses to write off Red Devils chances of success this season Manchester United will turn to Ajax boss Erik ten Hag if they CANNOT seal a deal to bring Mauricio Pochettino to Old Trafford... and Dutch giants will NOT stand in way of their manager moving to Old Trafford in the summer AHEAD OF THE GAME: Ed Woodward will NOT delay his departure to hire new Manchester United boss... but executive vice-chairman is likely to be offered a consultancy role 'Eddie Howe hasn't been in charge of a club like Newcastle... it's hard!' Alan Pardew on torment at the Toon, his new gig in Bulgaria - and the quest for one more big job in English football Former Everton defender Tony Hibbert signs with club in TENTH tier of French football as defender returns to professional football after retiring in 2016

Eddie Howe is now the bookies' favourite to land the Newcastle job after Unai Emery's sensational U-turn... and ex-boss Rafa Benitez is fourth favourite to make a shock return to St James' Park

Eddie Howe is now the bookies' favourite to land the Newcastle job after Unai Emery rejected the chance to lead the team into a new era under their Saudi-led owners.

Emery held talks over taking over at St James' Park and was interested in the role but has made a U-turn - putting out a statement declaring he is happy at Villarreal - forcing Newcastle to look elsewhere.

And former Bournemouth boss Howe looks to be leading the way, with Betfair backing him as the 8/15 favourite. He has been without a club since departing the Vitality Stadium in 2020 following the Cherries' relegation. 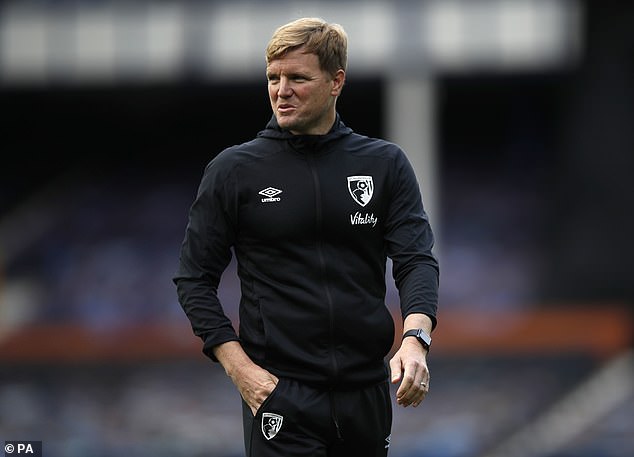 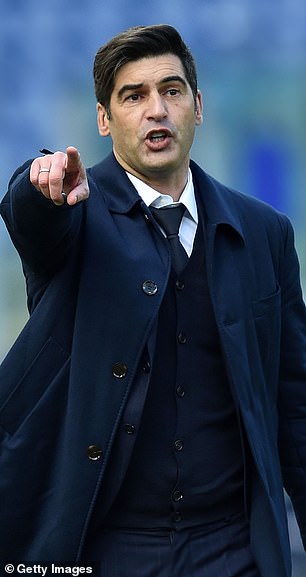 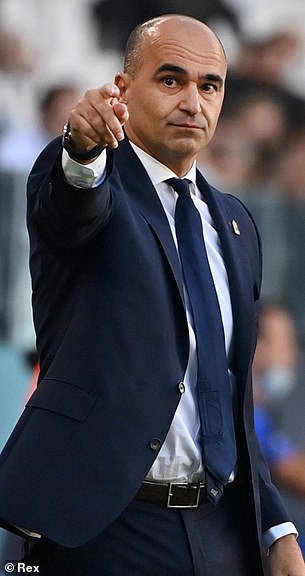 Paulo Fonseca (R) is second favourite at 13/2, followed by Roberto Martinez at 8/1

He spent 11 years with Bournemouth across two separate spells, the second one lasting eight seasons, and pulled off a huge achievement to take them from League One to the Premier League with limited resources.

He began his first spell with the club at the foot of League 2 and fought off a points deduction to maintain their Football League status back in 2009.

Second favourite with Betfair is Paulo Fonseca, who is backed at 13/2, followed by Belgium boss Roberto Martinez at 8/1.

Martinez was linked with the Barcelona job after guiding Belgium to 1st place in the FIFA world rankings, but it appears Xavi will get the job, while Fonseca came close to taking over at Tottenham in the summer and has been tipped for Newcastle. 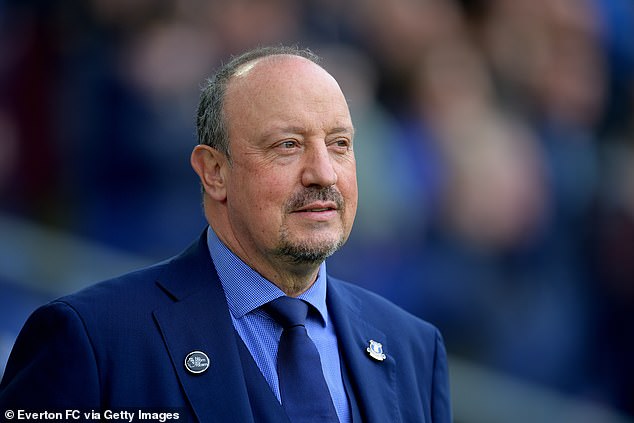 A surprising entry in the list is former Magpies boss Rafa Benitez, who is fourth favourite at 20/1. The Spaniard was only appointed as Everton manager in the summer but has come under fire following three consecutive defeats.

He spent three years at St James' Park and struck a chord with supporters, but was forced to leave after falling out with previous owner Mike Ashley.

Nuno Espirito Santo, meanwhile, has only just found himself out of a job but also has odds of 20/1 to make an immediate return to management and take the post, as does John Terry - who is looking for his first managerial appointment.

Ajax boss Erik ten Hag had been heavily linked with the job and Newcastle were looking to make him the highest paid boss in the league, but he is said to have concerns about the role and is now as long as 50/1. 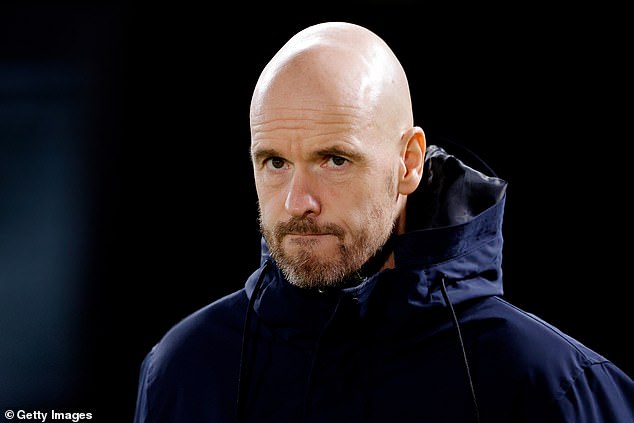 It comes after Emery threw Newcastle's managerial plans into chaos by turning down the chance to become their next boss and replace Steve Bruce.

In a statement on Wednesday, Emery said he was happy in his 'home' and wanted to continue with the club.

'No matter how much noise there was yesterday in another country, within the club there was transparency and loyalty with the Roig family and with my squad, which is the most important thing,' he said in a statement released on his 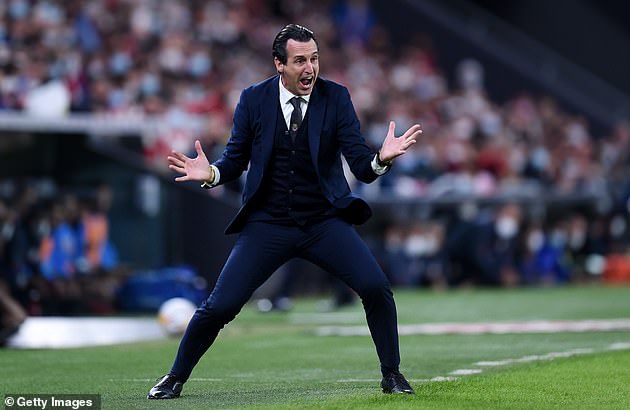 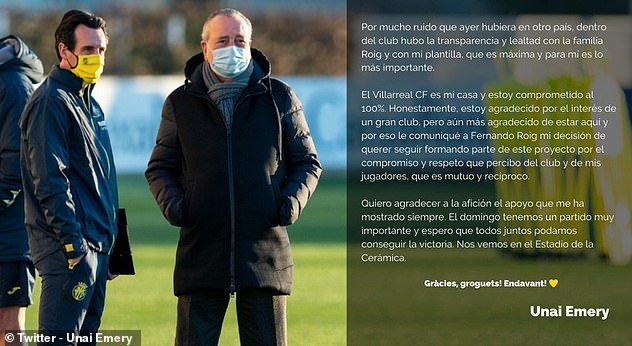 'Villarreal CF is my home and I am 100% committed. Honestly, I am grateful for the interest of a great club, but even more grateful to be here and that is why I communicated to Fernando Roig my decision to want to continue being part of this project because of the commitment and respect that I perceive from the club and from my players, which is mutual and reciprocal.

'I want to thank the fans for the support they have always shown me. On Sunday we have a very important game and I hope that together we can achieve victory.'

Newcastle are currently lead by caretaker boss Graeme Jones and are continuing the hunt for a new man in charge to turn their season around. They are 19th in the Premier League table.

Mane's contract needs sorting just as much as Salah's