Chelsea's Chilwell faces lengthy injury layoff Chelsea boss Thomas Tuchel backs his former mentor and 'tactically elite manager' Ralph Rangnick to revive Manchester United and refuses to write off Red Devils chances of success this season Manchester United will turn to Ajax boss Erik ten Hag if they CANNOT seal a deal to bring Mauricio Pochettino to Old Trafford... and Dutch giants will NOT stand in way of their manager moving to Old Trafford in the summer AHEAD OF THE GAME: Ed Woodward will NOT delay his departure to hire new Manchester United boss... but executive vice-chairman is likely to be offered a consultancy role 'Eddie Howe hasn't been in charge of a club like Newcastle... it's hard!' Alan Pardew on torment at the Toon, his new gig in Bulgaria - and the quest for one more big job in English football

Harry Maguire's lack of match fitness has come to full light, with reports that he was up to 10 days away from being ready to play when he faced Leicester City last month.

Maguire made his return from a three-week calf injury, suffered against Aston Villa in a 1-0 home loss on September 25, to start in United's 4-2 Premier League defeat at his former club on October 16.

The centre back was surprising inclusion, especially as he had only one full day of training on the grass ahead of the King Power Stadium encounter. 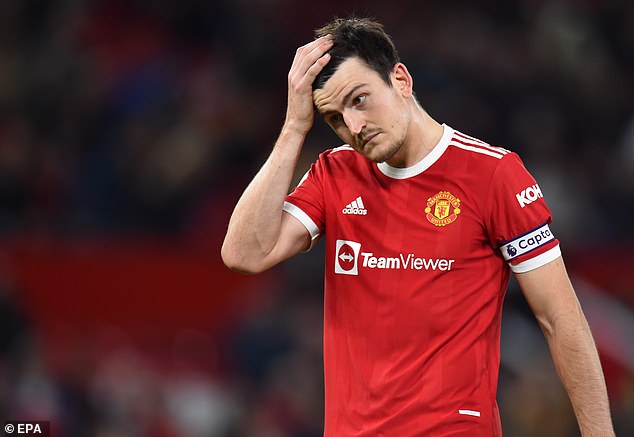 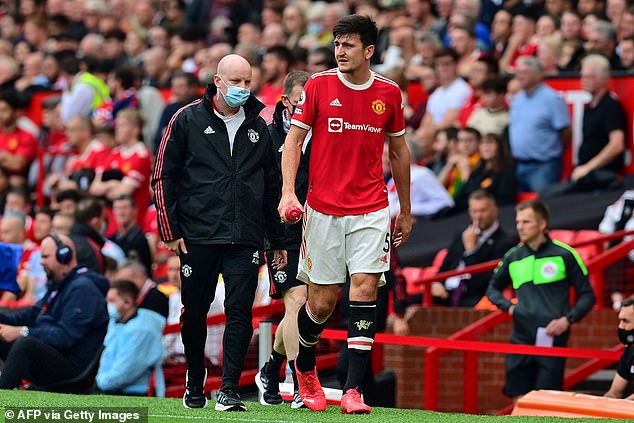 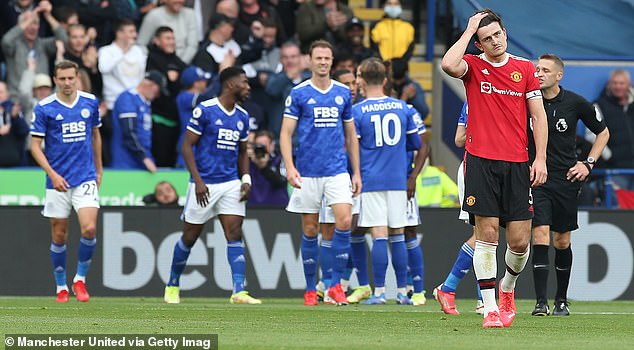 He came back 7-10 days ahead of schedule to face Leicester last month, a game United lost 4-2

And according to the Telegraph, it has now emerged that the Red Devils skipper was in fact between seven and 10 days short of being match-fit.

They claim that Maguire should have missed the Foxes clash and the 3-2 Champions League group-stage win over Atalanta on October 20 before being a touch-and-go decision to face bitter rivals Liverpool - a game they were thumped 5-0 at home - on October 24.

However, instead Maguire played the full duration of all three matches as Ole Gunnar Solskjaer's side conceded 11 goals across those games. To make matters worse, the 28-year-old was at fault for several of the goals. 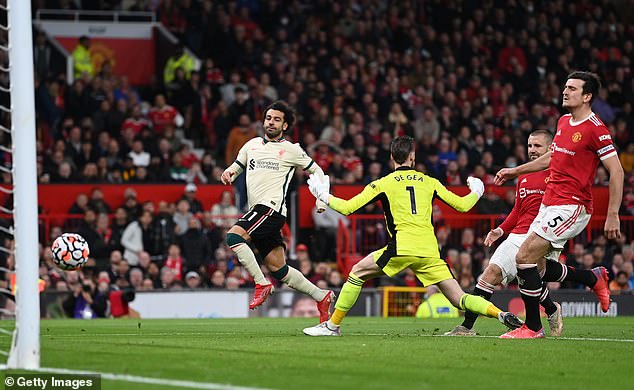 Varane was forced off during the first half of Tuesday's 2-2 Champions League draw at Atalanta due to a hamstring problem, less than a week after his return from a groin injury, while Lindelof missed the fixture after picking up a knock in training on Monday.

Both are now doubts to face 'noisy neighbours' Manchester City on Saturday in the Premier League. 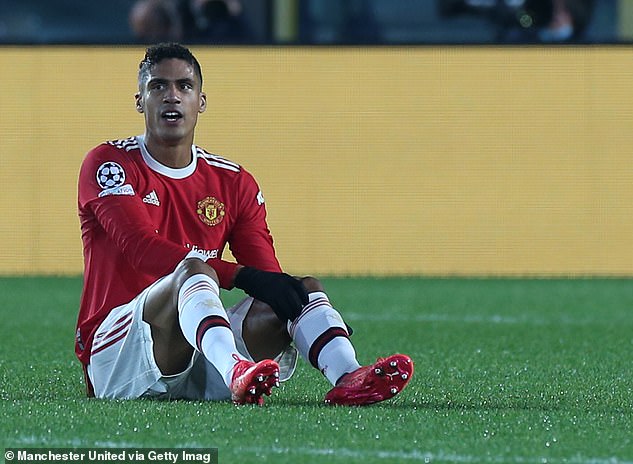 REVEALED: Antonio Conte 'to receive extra €2m in severance fees from Inter Milan for NOT joining another team in Italy before 2022' on top of the £13m basic salary he will get for joining Spurs

No wonder Harry Kane is excited! Antonio Conte had Romelu Lukaku on fire at Inter Milan and brought the best out of Diego Costa at Chelsea... now the misfiring Spurs star will hope the new boss can get him back to his best