Manchester United players headed out for a team bonding lunch meal at an Italian restaurant on Thursday with boss Ole Gunnar Solskjaer keen to lift his squad ahead of Saturday's crucial derby against rivals Man City.

The Red Devils have endured a topsy-turvy season under their Norwegian boss despite adding a handful of high profile signings - including Cristiano Ronaldo - and came under fire following their 5-0 drubbing at home to Liverpool last month, leaving Solskjaer's job hanging by a thread.

United bounced back with a 3-0 victory at Tottenham to ease the pressure on their boss but still looked vulnerable in the Champions League in midweek as a Ronaldo double bailed them out of jail against Atalanta to rescue a 2-2 draw in the dying minutes of the game. 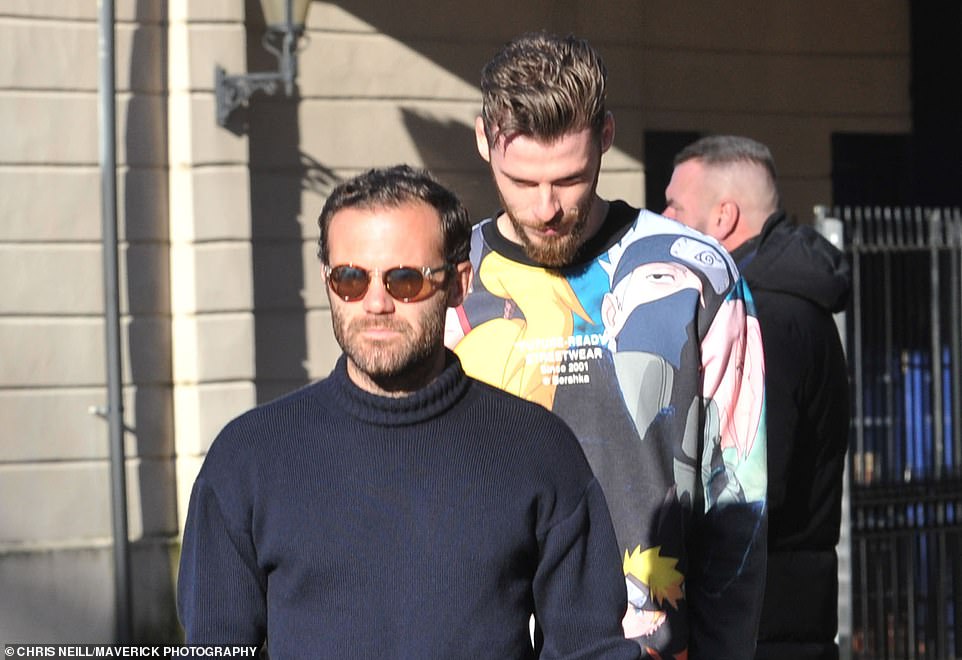 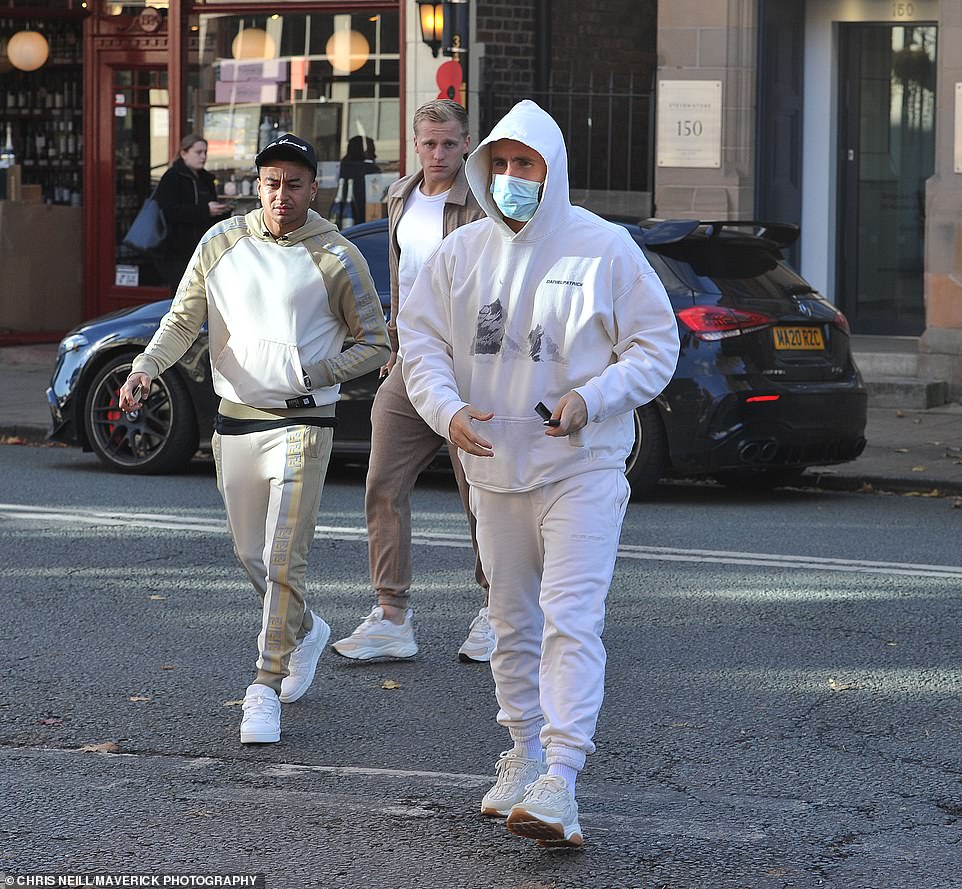 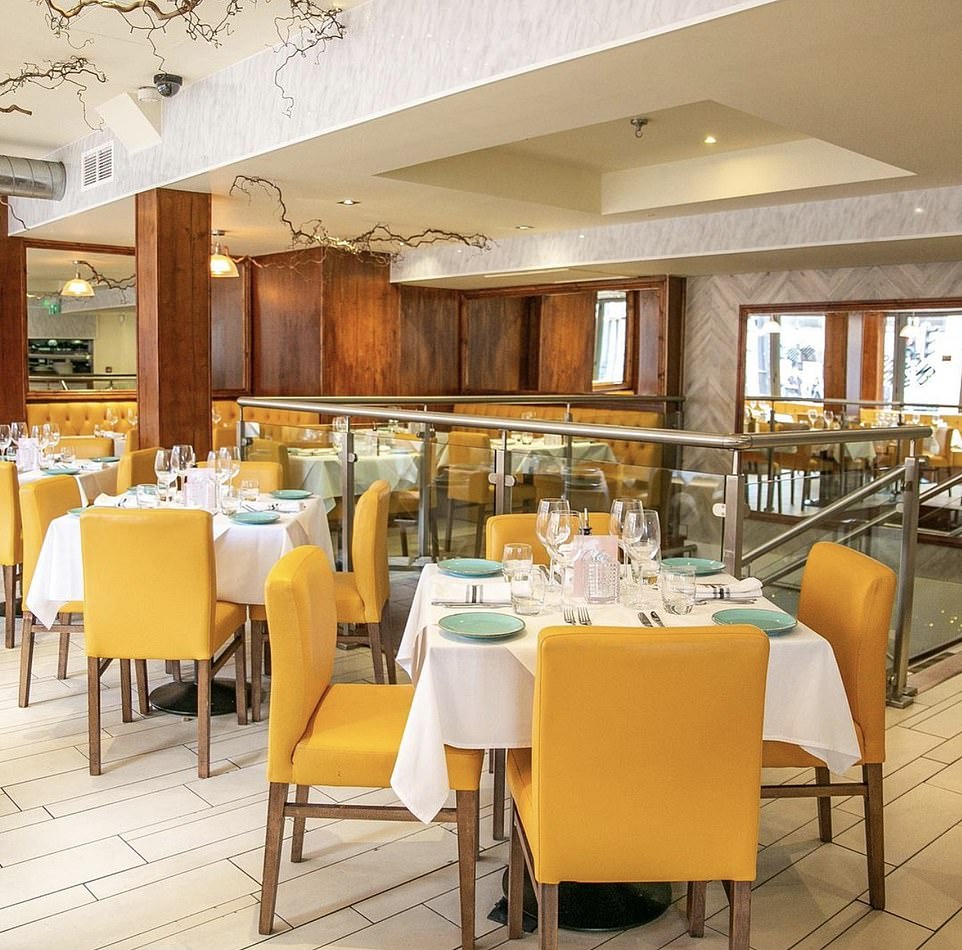 The United squad ate at plush Italian restaurant Cibo in Hale, Altrincham, where prices range from £10-£14 for main course

With Solskjaer now facing a vital clash against City on Saturday afternoon that could define his reign as boss, he has taken the team out for lunch at Cibo restaurant, in Hale, Altrincham, after leading training in a bid to improve morale having already turned a corner from a difficult week.

Ronaldo led the team out as they arrived at the plush restaurant, looking smart in a suit jacket and trousers, alongside fellow new signing Raphael Varane - who wore a jumper and beige khakis.

They were followed by left-back Alex Telles, midfielder Fred - both sporting baseball caps - while veteran Juan Mata went for a stylish look with a polo shirt and aviator sunglasses.

Jesse Lingard opted for a more reserved tracksuit and cap with Edison Cavani wearing a Dolce and Gabbana jumper and jeans as he arrived.

Players will have a choice of starters - costing between £6 and £10, including calamari and truffle arancini.

The main courses offer a meat and fish section of Branzino or 5oz beef fillet, as well as a pasta and pizza selection, and range between £10 and £14.

Forward Edinson Cavani (L) is pictured on the phone outside the restaurant, as well as midfielder Scott McTominay (R)

Cibo offers 'simple Italian classics' and promises to give diners 'a constantly evolving menu, using the finest produce, at its seasonal peak'.

A typical lunch at Cibo includes:

From the field and sea

Ravioli with prawns and scallops - £12

It was an attempt to lift spirits in the dressing room but things didn't get off to the best start as Manchester United star Ronaldo was given a ticket after parking his Range Rover outside the restaurant.

Solskjaer has been looking for his players to step up in the wake of their thrashing by Liverpool and captain Harry Maguire put himself forward to be grilled by reporters ahead of their game against Spurs.

The England star received criticism after speaking to the press following the heavy loss at Old Trafford and saying, 'I'm only here because I have to be'. The remarks appeared to suggest he did not want to conduct the interview. But it is understood Maguire was trying to convey that it was his duty to address the supporters.

He said the players had been to blame for United's poor recent displays, saying the squad had 'let the manager and fans down'.

'When you look back at the result and the performance it was embarrassing. Nowhere near good enough for this club. It's been a tough week. I'm not going to say we've moved on easily. 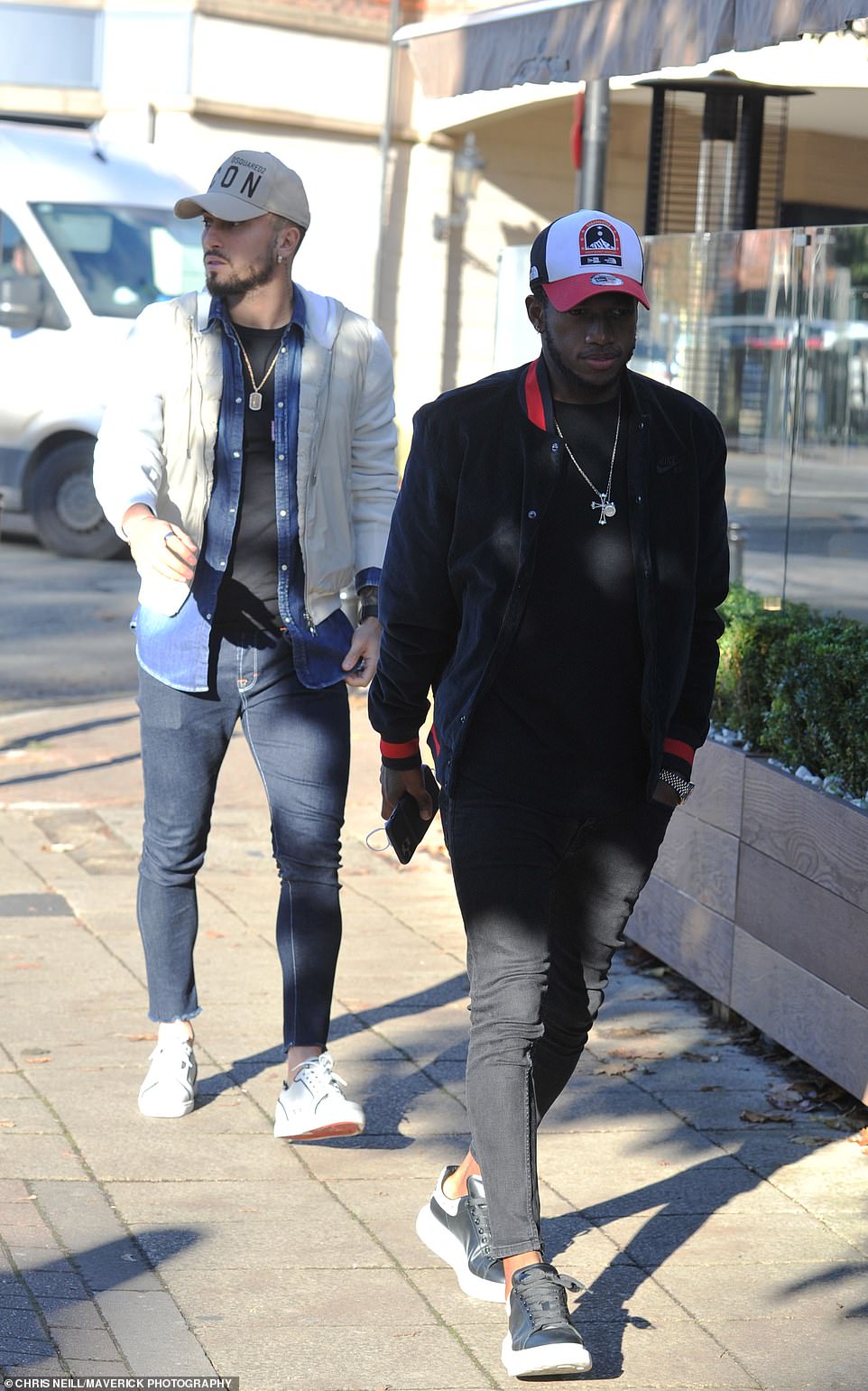 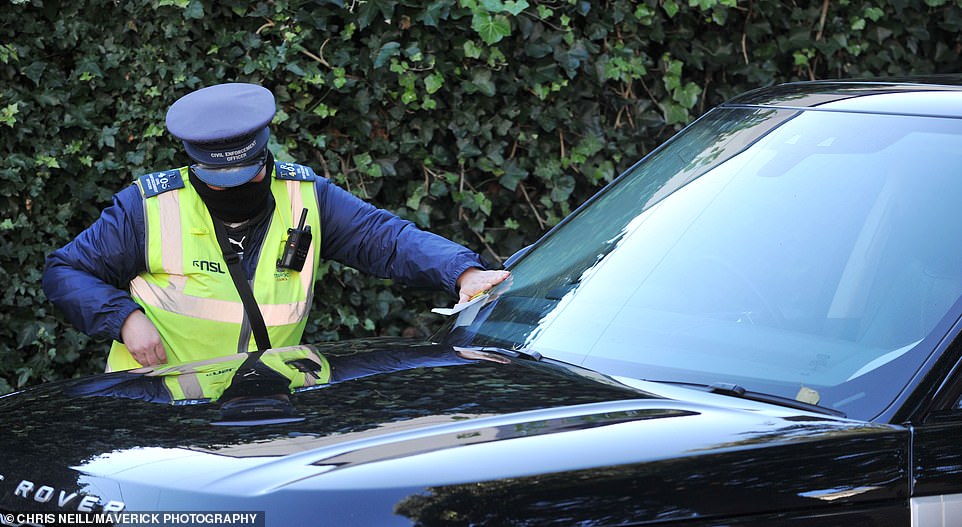 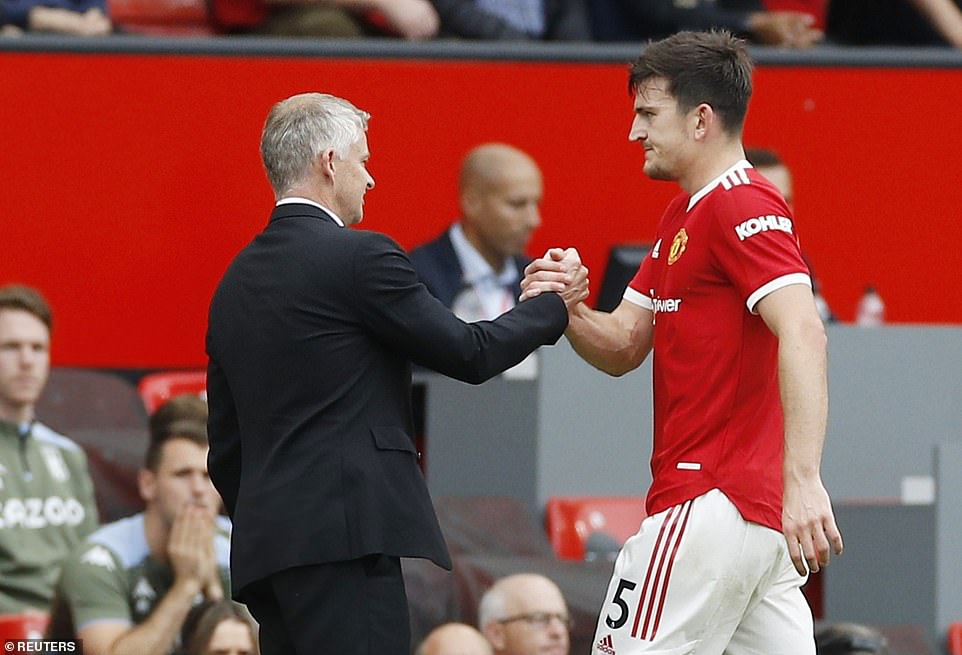 'It's one of the lowest I'm sure all the players have felt in their career. You go home and you don't sleep much, you've got thoughts running through your head. 'If only I did this or this'. If I'm being honest I went home and I just looked at myself and what I can do better and take full responsibility on my shoulders.

'I hope every player in the dressing room is looking at themselves, taking full responsibility on their shoulders and not pointing the finger and blaming anyone else. You look at yourself first and foremost when you have a result like this and a period like this.

'We let the manager down against Liverpool. We let the fans down, the club down, us as players. So we have to take huge responsibility for that. Do we owe him (Solskjaer) a performance? Of course we do.'