Odegaard admits Arsenal have mindset problem Transfer news and rumours LIVE: Dembele wants scenery change Gary Neville says Mikel Arteta is 'flip-flopping between doing a good job and being under-pressure' after Everton defeat... but blames Arsenal's senior players and lack of 'characters' Gary Neville blasts 'arrogant' Premier League chiefs for their 'hostile language' after comparing recommendations for an independent regulator and a transfer tax to living in China or North Korea CHRIS SUTTON: The plan to solve dementia in football says it is a 'priority' issue but it has taken a year when it could have taken a day - the endless delays really stick in my throat

Burnley goalkeeper Nick Pope is disappointed at missing out on England selection again but stressed his 'massive respect' for Gareth Southgate and that he knows the 'door is not closed'.

Southgate's squad for the World Cup qualifiers against Albania and San Marino was announced on Thursday, with Pope omitted while Jordan Pickford, Aaron Ramsdale and Sam Johnstone got the nod - as was the case last month.

Pope, holder of seven caps, had previously returned to the squad for England's games in September, having sat out their Euro 2020 campaign over the summer after undergoing knee surgery. 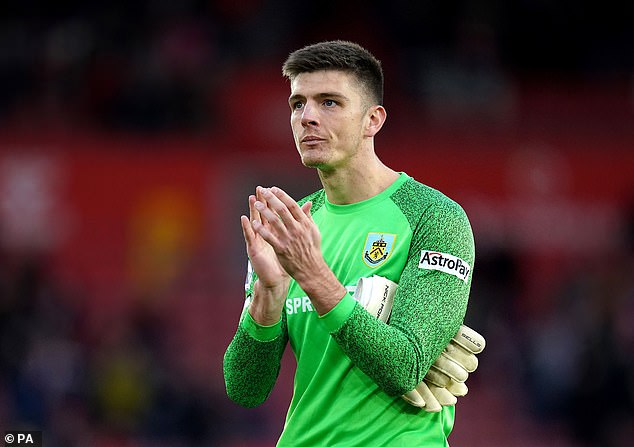 The 29-year-old has earned plaudits for recent performances, and he told a press conference on Thursday, ahead of Burnley's trip to Chelsea on Saturday, that he felt like he was 'in a good place' in terms of his form.

'It's unfortunate. I think over the last three years I've performed at a really good level. So to be dropped from a squad six games into a season was something that wasn't ideal, but that's how football goes, how life goes.

'It's about moving forward and getting on with it. I've got a really important role to play here at Burnley in a really exciting squad, so I'm looking forward to playing my part in that. 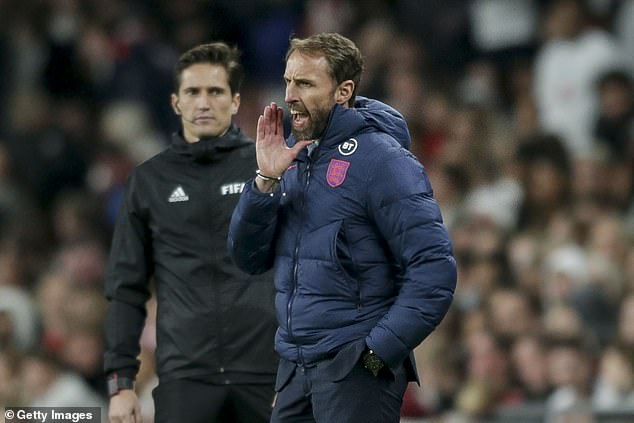 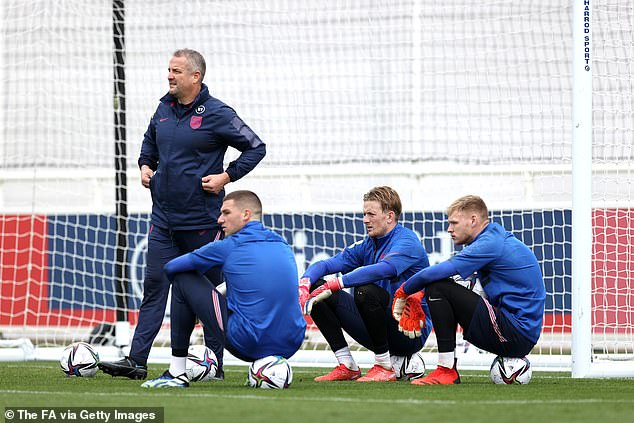 Southgate's squad for the World Cup qualifiers was announced on Thursday. Pope was omitted while Jordan Pickford, Aaron Ramsdale and Sam Johnstone got the nod

'That was how I felt about it, going into the summer before the injury - pushing Jordan, and if you want to call it second choice for the Euros in the summer. And then the injury, and (I've) come back this season and (I'm) not in the top three.

'But football - sometimes it's not about dwelling on that and putting too much thought into that. After this international break, I think there's four, five months in between England games. So there's a lot more going on.'

Pope said he had a 'really good conversation' with England boss Southgate when he was left out for the October games.

And he said of the England boss: 'I have massive respect for him, he brought me into the squad and has kept me in squads and has always been really good with me when I've played, not played. So to get a call is nice in that regard, as much as the news wasn't great.'

He added: 'I'm sure he (Southgate) has had more difficult decisions than dropping me. I don't think it sent shockwaves through the footballing world. 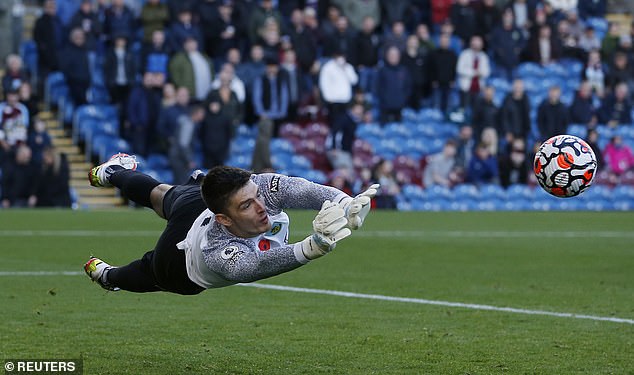 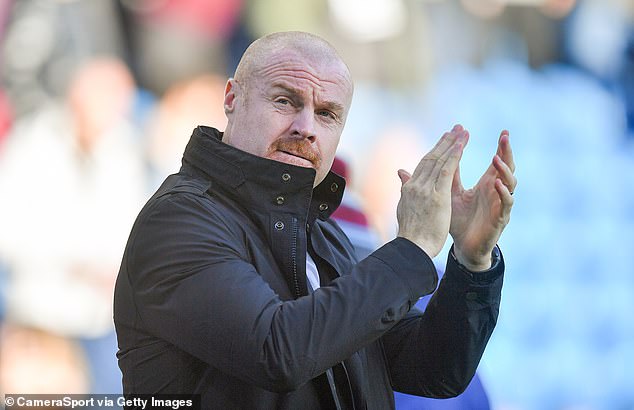 'There's plenty that have come out and then come back in over the last three or four years, so the door is not closed, which is good to know.'

Burnley boss Sean Dyche said after the 3-1 win over Brentford last week that he thought Pope was 'looking right back on it'.

And Dyche added on Thursday: 'I think he's been terrific. I think he's a terrific keeper all-round anyway. He wasn't far off, but he'd been out a while and getting that real sharpness, and I think that's back.'

Asked if he felt Pope was back to the sort of level he had been at pre-injury, Dyche said: 'I certainly think so. I think the way he's been performing the last few games, he's made really important saves, but not just that - the basics of his game, reading the game and coming out for crosses, and the confidence to do that, he's back on that level as well.'