Mitchell van der Gaag nearly died in the dugout in 2013 after collapsing with a heart problem... now, after working his way up to Erik ten Hag's No 2, they will plot how to rebuild Man United - his reputation as a one-to-one defensive coach will prove key MARK CLATTENBURG: Everton can't have gripes after Brentford defeat, the officials got all the decisions right... referee Michael Oliver did them a favour by awarding a soft penalty 'I don't want a double fine': Frank Lampard is careful not to overstep the mark as he's left stunned by the decision not to award Everton a penalty in defeat by Brentford when Richarlison was grabbed by Kristoffer Ajer Everton race shame as Brentford duo Ivan Toney and Rico Henry's families were racially abused at Goodison Park during Sunday's 3-2 win for visitors Two Burnley fans are arrested for making Nazi salutes towards Tottenham supporters during Spurs' 1-0 Premier League win, with both clubs supporting police in their investigation

REVEALED: Manchester United flops WILL do a lap of honour after their final home match of the season against Brentford on Monday night… despite it giving the chance for fans to vent their anger

Manchester United will do a lap of honour after the final home game against Brentford, even though it gives fans an opportunity to vent their frustration.

Interim manager Ralf Rangnick will take charge of his last Old Trafford game, and there will be farewells for a number of United players who will leave the club this summer.

United are aware how a lap of honour — or appreciation — may be received after a desperately disappointing season. They must win all three remaining matches just to equal their lowest Premier League points total. 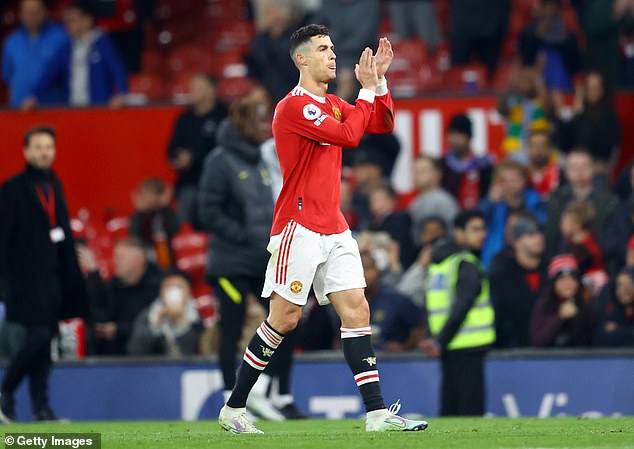 But the club also know their players will be accused of snubbing supporters if they do not acknowledge them in some way after the match.

An anti-Glazer protest is planned for the third home game in a row, with demonstrators being urged to gather an hour before kick-off and then leave their seats in the 73rd minute — boycotting the final 17 minutes to mark 17 years of Glazer ownership.

Ironically, it means some supporters may not be in the stadium to use the lap of honour as an opportunity to continue their protest. 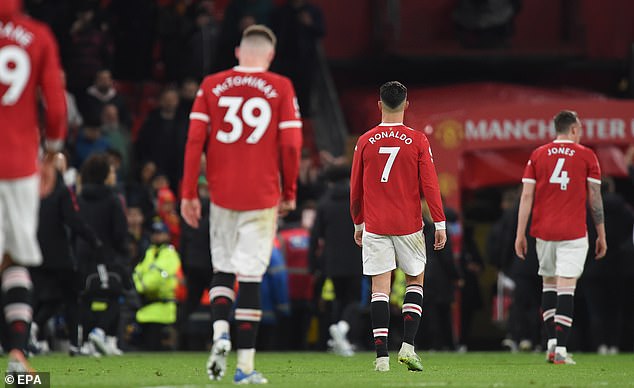 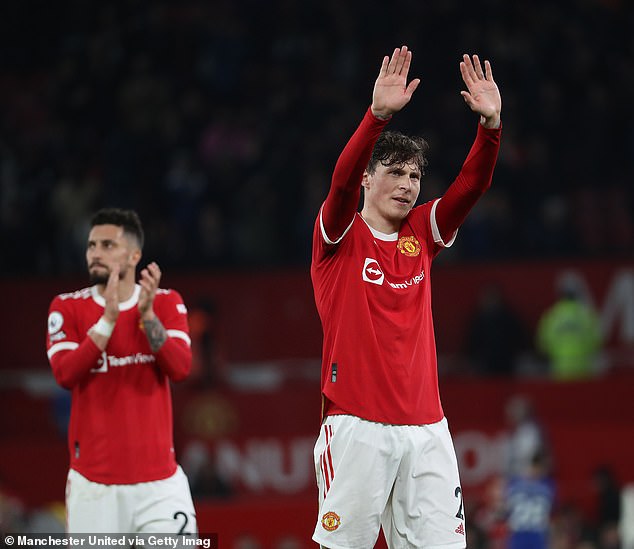 Long-standing antipathy towards the American owners has been reignited in recent weeks, but United’s players have not escaped the anger of fans.

A banner reading, ‘Disgrace — you’re not fit to wear the shirt’, has appeared at Old Trafford and the club’s Carrington training ground, and a similar chant heard inside the stadium.

In January, a huge banner was displayed before the FA Cup tie against Aston Villa with the word ‘Standards’ beneath images of Eric Cantona, Roy Keane and Bryan Robson.

Fans also turned on Paul Pogba when he was substituted against Norwich last month. Pogba will miss the Brentford game through injury, and it remains to be seen if he will join his team-mates on the pitch after Monday's match.

United’s £89million record signing is set to leave as a free agent next month along with Nemanja Matic, Juan Mata and Edinson Cavani. 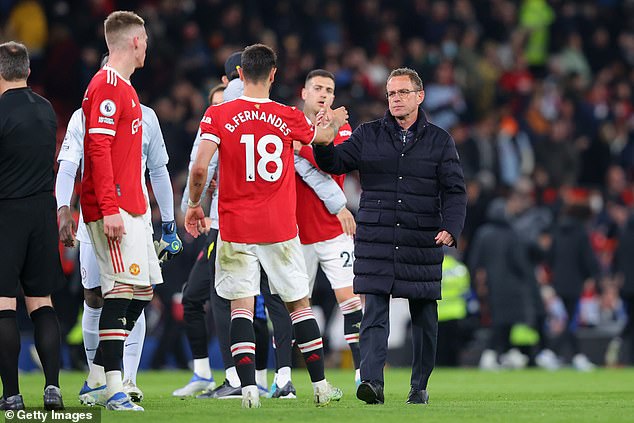 Jesse Lingard is also out of contract but United’s new manager Erik ten Hag may try to persuade him to stay.

There are no guarantees that Cristiano Ronaldo will be at the club next season, while Dean Henderson, Eric Bailly, Anthony Martial, Phil Jones and Aaron Wan-Bissaka could all move on.

One player on Ten Hag’s radar could be Christian Eriksen, who has been a target for the club on three occasions. Eriksen’s form since joining Brentford in January has been remarkable, with the Bees winning five and drawing one of the six games he has started.

Ten Hag saw Eriksen at close quarters when he trained with Ajax’s youngsters before joining Brentford. The Bees hope to keep him, while Tottenham boss Antonio Conte has praised Eriksen’s form. The pair won the Serie A title together at Inter Milan in 2021.

Not-so-wacko Jacko is a smash hit for Burnley: Clarets' caretaker manager Mike Jackson is doing a fantastic job in his bid to beat the drop despite wanting to avoid the limelight