'I thought I might cry' - Lampard on Everton survival Patrick Vieira KICKS pitch-invading Everton fan to the ground after being goaded... with Crystal Palace boss facing an FA investigation after his side's dramatic 3-2 defeat saw Toffees secure survival Vieira: No comment on Everton fan clash MARK CLATTENBURG: Ashley Barnes' elbow on Tyrone Mings looked bad and I can understand why many thought the Burnley striker should have been sent off... it was strange he wasn't even given a yellow card

'It's been a frustrating season, but the next will be better': Raphael Varane is keeping the faith at Man United despite an underwhelming first campaign... with the defender confident Erik ten Hag's arrival will turn their fortunes around

Raphael Varane admits his first season at Manchester United has been frustrating, but believes the club will bounce back under new manager Erik ten Hag.

Varane scored his first goal for United in the last home game of the campaign against Brentford on Monday night. However, it couldn’t hide the fact that this has been a disappointing season that promised so much.

When Varane was paraded on the pitch to a rapturous reception after signing from Real Madrid before the opening 5-1 win over Leeds in August, the outlook was bright.

United’s challenge has fallen away since then to the point that they need to win their remaining two games away to Brighton and Crystal Palace just to equal the club’s lowest ever Premier League points total and, at best, qualify for the Europa League. 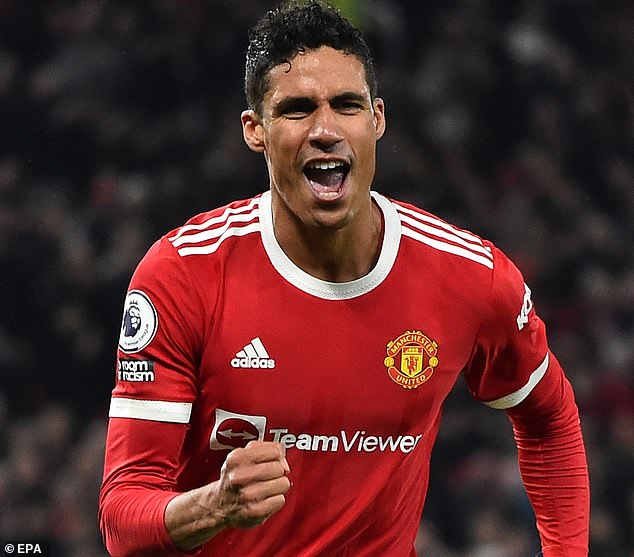 It isn’t what Varane expected when he signed last summer, but the Frenchman insists Ten Hag can turn the club’s fortunes around following confirmation he will move to United from Ajax next month.

‘I'm very excited to work with him,’ said Varane, who was a member of the Madrid team beaten in the last 16 of the Champions League in 2019 as Ten Hag’s side went on a memorable run to the semi-finals.

‘I played against them in the Champions League and they played very well. I'm looking forward to work with him. I think he has good experience and he's a good person to work in this club.

‘It's been a frustrating season. Obviously, it's not the result we expected but I'm still positive and I think that the next season will be better. 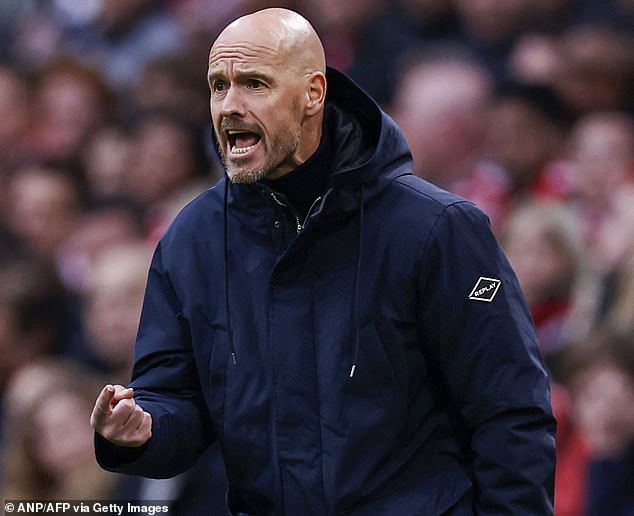 ‘I'm always positive and I think with a good pre-season, with good work, we can prepare well for the next season and be ready to fight for every trophy. That's the ambition of this club.’

On scoring for United for the first time, Varane added: ‘I think the first thing I have to do is defend and help my team. If I can score to help the team, it's a good thing.

‘The feeling to be a United player is something special. I am very happy to play in the Premier League and it's a great experience.

It was good to finish at home in Old Trafford with a win. We have to keep pushing and to fight until the end for our fans, so it was a great attitude from the team and an emotional day.

‘We want to finish the season with something positive and we have to play for our fans and for our pride.’

'I thought I might cry' - Lampard on Everton survival

'I'd love to play Champions League football again': Christian Eriksen drops a hint on his future as the Danish star is linked with summer move away from Brentford to Tottenham or Man United