Real Madrid hopeful of completing £68m signing of Liverpool target Aurelien Tchouameni... despite the Monaco midfielder denying a decision has been made on his future

Real Madrid are hopeful of concluding an agreement for France midfielder and Liverpool target Aurelien Tchouameni for around £68m.

The 22-year-old has been a constant in Ligue 1, playing 71 of a possible 76 league games for Monaco across the past two seasons.

Despite rumours he was close to agreeing moves with both Real Madrid and Liverpool, Tchouameni said he is yet to confirm where he will moving. 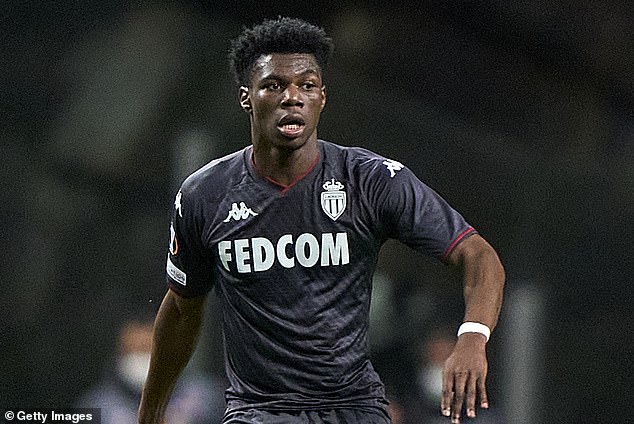 In quotes carried by Anfield Live, he said: 'I'm not troubled by [rumours], because it's a position I've always wanted to be in.

'As long as I'm followed by the top clubs, that means I'm doing good things.'

When asked if his future was decided, the France international said: 'No, not yet.' 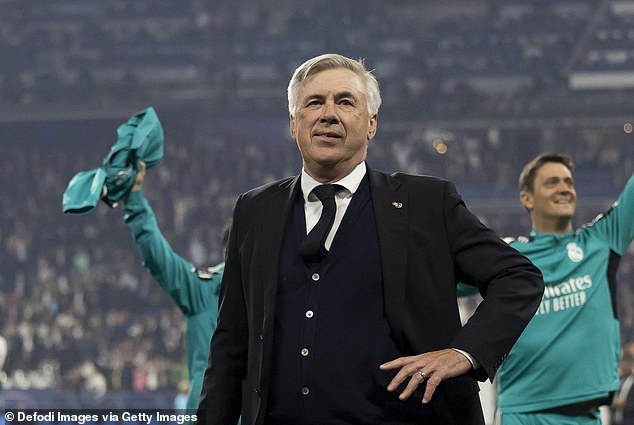 Questions over Alex Oxlade-Chaimberlain's future mean Liverpool are keen to add a midfielder of Tchouameni's quality, although there may be more important signings to be made if Sadio Mane leaves.

Madrid, meanwhile will be looking to add depth and future-proof their ageing midfield as they aim for a 15th Champions League title.

They have also expressed interest in Manchester City striker Gabriel Jesus who is a target for Arsenal and Tottenham.

Manchester United in pole position to sign Lisandro Martinez as Ajax demand £43m for his signature... the Argentina star is high on Erik ten Hag's wish list but remains open to a move to Arsenal