Rashford hits Man Utd reset after ‘switching off’ Neville and Carragher's big argument over Cristiano Ronaldo: Clown Nottingham Forest announce the signing of French defender Giulian Biancone from Ligue 1 side Troyes as Steve Cooper ramps up preparation for Premier League with a third summer acquisition   From the pitch to the paddock! Silverstone is flooded with Premier League footballers for the British Grand Prix, including Virgil van Dijk, Nathan Ake and Trent Alexander-Arnold... as the Liverpool right-back shares his 'love' for F1 Ten Hag gets tough: What rules has he imposed at Manchester United?

Manchester City have stepped up their interest in Arsenal and England star Bukayo Saka.

The Premier League champions are now closely monitoring developments regarding Saka's future as he heads into the final two years of his contract at the Emirates.

Along with their biggest domestic rivals Liverpool, City have earmarked 20-year-old winger Saka as a future target. 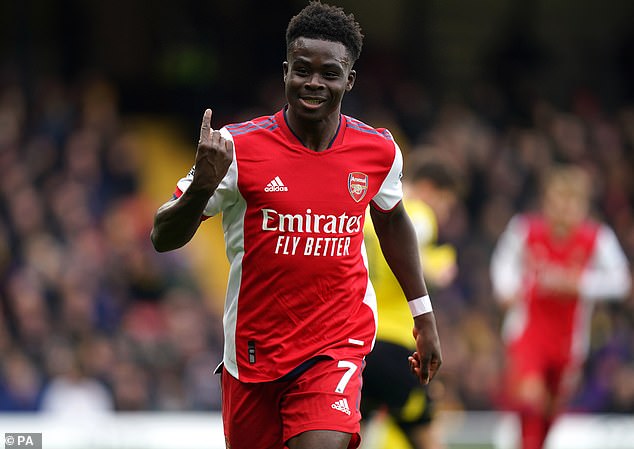 And though any move this summer is currently considered unlikely, City have begun showing increased interest in Saka at a critical point in Arsenal's attempts to tie him down to a long-term contract.

Saka's current deal contains an option year which will take his commitment to the Emirates outfit up to 2024 should Arsenal, as expected, activate it.

Securing Saka on a new and improved contract that reflects his rise in status for club and country was one of Arsenal's priorities this summer.

Initial discussions had taken place towards the end of the season with the Gunners keen to avoid allowing Saka's contract to run into its final two years.

However, Arsenal were aware of the impact Champions League qualification would have on their summer plans, including finalising a new agreement for Saka who is yet to play in Europe's top club competition. 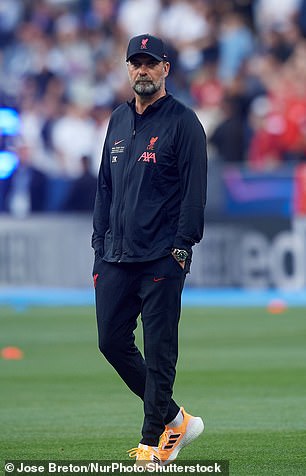 Jurgen Klopp is also an admirer of Saka, 20

And that aim is now only likely to have been complicated by Arsenal being pipped to fourth by fierce rivals Tottenham.

With his current contract situation and their more immediate transfer priorities any deal for Saka would likely prove too costly for either of his Premier League admirers in the upcoming transfer window which opens on Friday.

City have captured their top target, striker Erling Haaland, and are now looking to bolster their squad in central midfield with any further signings influenced by who may leave.

Liverpool's focus heading into the summer was also on strengthening in central midfield.

However, Arsenal's failure to make the Champions League has increased their hopes that Saka's long-term Emirates future will remain unresolved beyond this window, a situation that will only see his value fall the longer that remains the case and play into his suitors' hands. 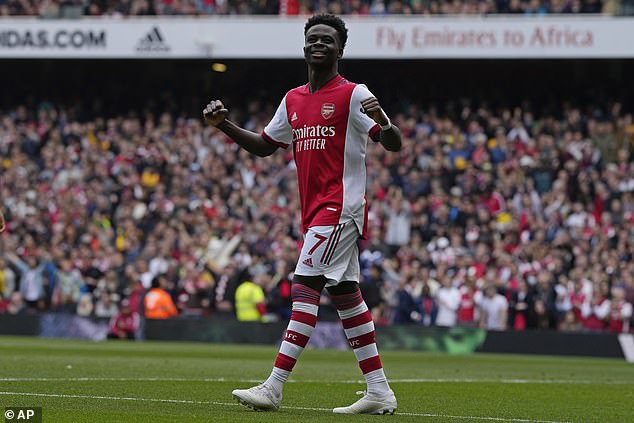