'He thought he was alone... then Van Dijk arrived': Sergio Aguero says Erling Haaland struggled against Liverpool's star defender in the Community Shield, as the Man City legend hits out at the club's 'strange' decision to sell Raheem Sterling

Manchester City legend Sergio Aguero has hinted that Erling Haaland could take time to adapt to English football after his underwhelming display in the Community Shield.

The Norwegian striker has arrived in the Premier League with plenty of hype following his £51million move from Borussia Dortmund earlier this summer.

However, he struggled in Manchester City's 3-1 defeat by Liverpool on Saturday and missed a sitter from only a couple of yards out in the closing moments. 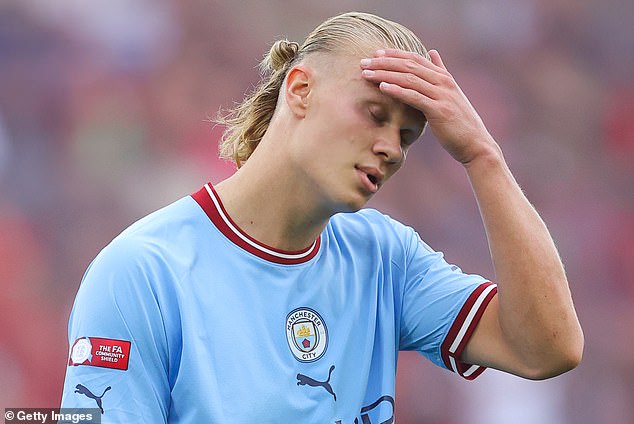 But Aguero, who scored 259 goals in 388 games for City, said Haaland was 'too used to Germany' and struggled against Liverpool's star defender Virgil van Dijk.

'He was too used to Germany,' Aguero said on his Twitch channel.

'Haaland thought he was alone, then Van Dijk arrived and said "welcome to the Premier League".'

Haaland scored 62 goals in 67 Bundesliga games across two and a half seasons for Dortmund and has been backed by bookmakers to finish as the Premier League's top scorer in his debut campaign for City.

He will hope to emulate Aguero, who scored 23 league goals in his first season for the club after moving from Atletico Madrid in 2011 before going on to become their all-time record goal scorer. 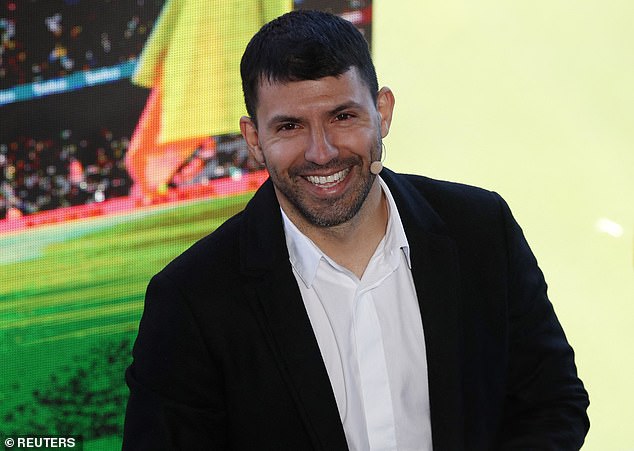 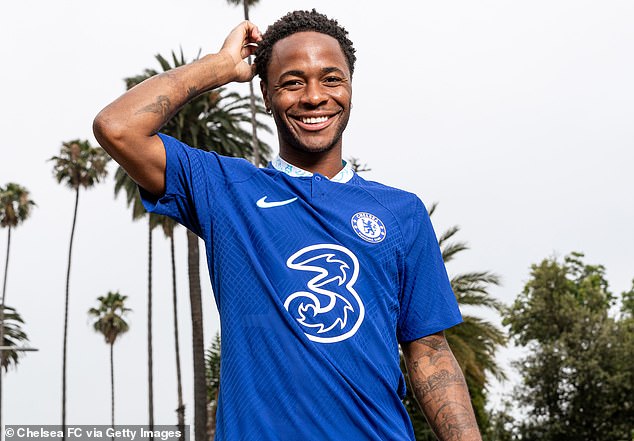 Aguero played alongside Raheem Sterling for six seasons at the Etihad - 19 of his City goals were assisted by the England international - and questioned the club's decision to sell him to Chelsea this summer.

The Blues paid £50m for Sterling after he grew frustrated at his lack of opportunities under Pep Guardiola.

'I don't understand the sale of Sterling,' Aguero said. 'There are times they [City] make strange decisions.' 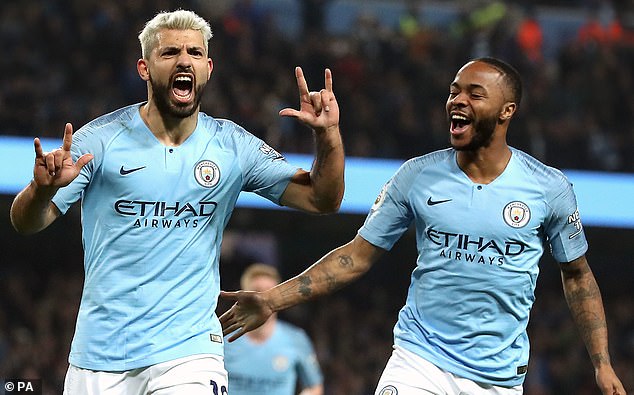 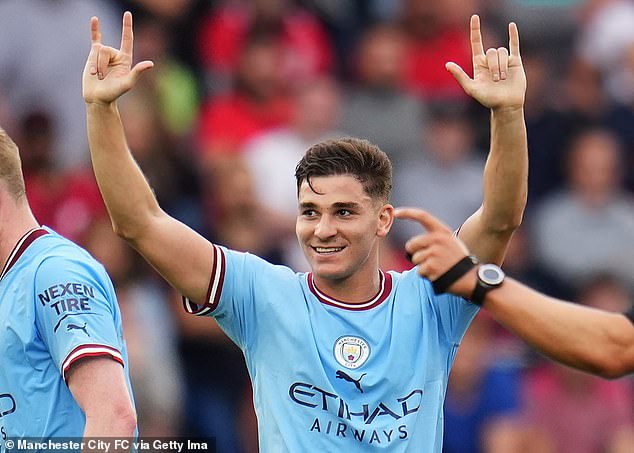 The man attempting to fill Sterling's shoes in Manchester is 22-year-old Julian Alvarez, who arrived from River Plate for £14m in January but was sent back on loan to the Argentine club in the second half of last season.

Unlike Haaland, Alvarez did score in the Community Shield on Saturday despite City's defeat.

Aguero, who was forced to retire last year due to heart problems just six months into a stint at Barcelona, briefly played alongside the forward for Argentina.

'Julian sent me a message to find out how life is in Manchester,' the 34-year-old revealed. 'I told him that he was going to be very cold!'

Wesley Fofana must REJECT a move to Chelsea and stay at Leicester, warns former Blues captain Frank Leboeuf as the Foxes slap an £85MILLION price-tag on Thomas Tuchel's defensive target