CHRIS SUTTON: Aleksandar Mitrovic is two-thirds of the way towards matching his Premier League goal tally from two years ago... if he can bully defenders like he did Virgil van Dijk, he'll emerge a goal-scoring machine for Fulham CRAIG HOPE: Careless in possession and anaemic in attack, Nottingham Forest didn't look like a Premier League outfit in defeat at Newcastle (despite spending £85m on 12 new players)  CHRIS SUTTON: Scott McTominay should have seen red for naughty tackle and I can't understand how a penalty wasn't given for Lisandro Martinez's foul on Danny Welbeck  JACK GAUGHAN: Leeds ride the wave of optimism as bundle-of-energy boss Jesse Marsch mirrors the frenzied atmosphere in the Elland Road stands in their 2-1 win over Wolves  David Moyes moans that West Ham have 'gone STALE' and are in desperate need of new signings to 'freshen' squad up… with irritated Scot claiming his side were 'completely outdone' in loss to Man City

Tottenham's giant striker Kion Etete is in talks to join Cardiff City in a deal worth £500,000, with Spurs set to include a buy-back clause for the 6ft 6in forward

The 20-year old is undergoing a medical today ahead of agreeing terms and it is understood Tottenham will also insert a buy-back clause.

Etete is well regarded at Tottenham but the prospect of him pushing past Harry Kane into the first team set up is slim and he has taken the decision to move to the Championship for a greater chance of regular first team football. 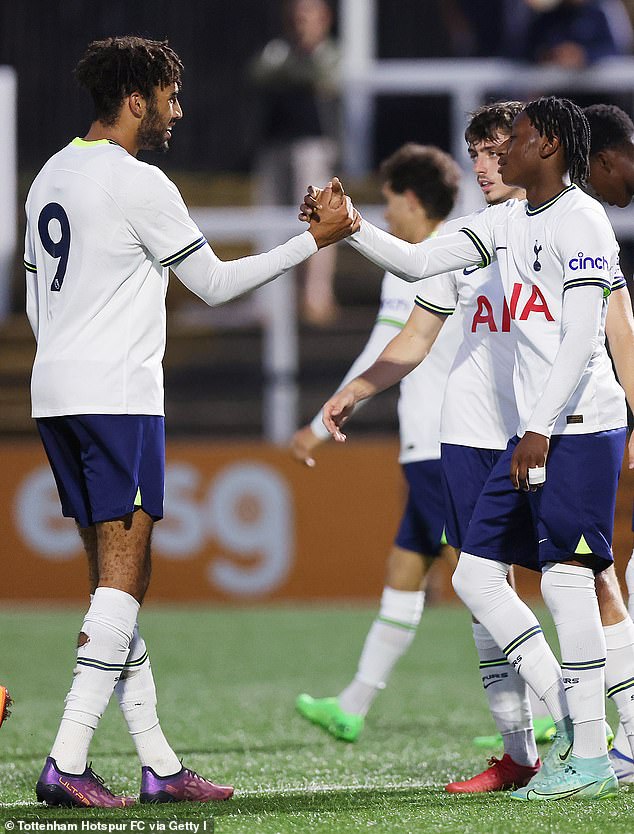 Etete joined Spurs from Notts County after impressing in a trial and has had loan spells with Northampton Town and Cheltenham last season.

The forward scored three goals in both League One and Two last season, with Cardiff clearly having seen enough to make him their 15th signing of the summer.

It has been all change at Cardiff this summer, with 15 players having been allowed to leave by manager Steve Morison who is overseeing something of a revolution at the club.

Cardiff enjoyed a stellar start to the Championship season when they beat promotion hopefuls Norwich City in front of a raucous home crowd. 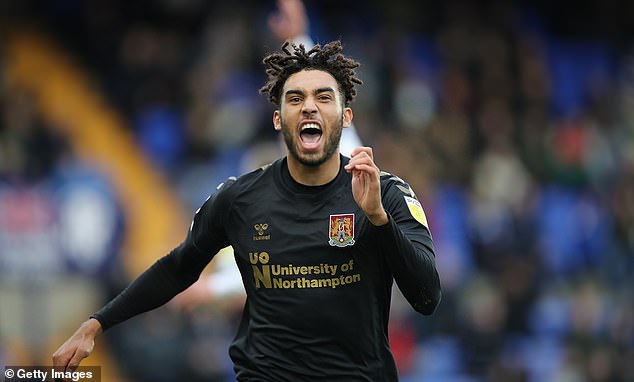 Last season proved a disappointing one for the Bluebirds but they hope the significant shake up of their squad will have them aiming higher in the table.

The south Wales club head to Reading over the weekend before returning to Cardiff City Stadium to play host to Birmingham next week.

Tottenham, meanwhile, get their Premier League campaign underway this weekend at home to Southampton before facing Chelsea in a mouth-watering early season clash at Stamford Bridge.

Premier League players won't take the knee before every game

Arsenal's Lucas Torreira FINALLY set for Premier League exit as he agrees personal terms with Galatasaray and will undergo his medical after the clubs sanction £5.5million sale