Arsenal boss Mikel Arteta is handed a TRIPLE injury boost ahead of Saturday's match against Leicester with Ben White, Kieran Tierney and Martin Odegaard all set to be available

Arsenal boss Mikel Arteta is handed a TRIPLE injury boost ahead of Saturday's match against Leicester with Ben White, Kieran Tierney and Martin Odegaard all set to be available

'I'm done with f***ing losing': Anthony Joshua promises WAR in his Oleksandr Usyk rematch, with the former champ 'boiling up' just thinking about it

Paedophile Barry Bennell 'quite clearly' had a Manchester City role and 'everyone knew him', a High Court hears from one of the eight men taking legal action against the Premier League club

'Load of b*llocks!' - Solskjaer & Man Utd coaches slammed by Ince The Toon 22: A.I. analysts name the players Newcastle's new owners must consider before January's transfer window... so they can ensure Premier League survival and THEN splash out on superstars Automated offside system is 'set to be used at 2022 World Cup and could be in the Premier League by 2023' with Hawk-Eye cameras capable of tracking each player and the ball before pinging a decision to VAR officials within half-a-second   'Big lies' - Pogba denies snubbing Solskjaer BREAKING NEWS: Ex-Newcastle and England footballer Kieron Dyer, 42, is hospitalised and 'undertaking tests', months after he suffered a collapsed lung filming Celebrity SAS

There were moments in the pouring rain at Stamford Bridge when it felt as if Timo Werner, soaked and bedraggled but always willing, was never, ever going to catch a break. That has been his lot since he arrived at Chelsea – too often he has been the fall guy, the luckless one, the striker who just cannot seem to score goals.

It seemed to have changed four minutes before half time when Callum Hudson-Odoi floated a cross to the back post and the Germany striker rose highest six yards out to power an emphatic header past Alex McCarthy in the Southampton goal. The crowd roared its approval. They know a trier when they see one here. They appreciate a fighter. Werner's goal felt like a catharsis.

But then there was a pause. That dreaded VAR pause. Play did not resume. The referee, Martin Atkinson, was alerted to a possible foul earlier in the move. A lot earlier. Someone said it had happened so far back in play that Frank Lampard was still manager. It was an innocuous foul, too, but Atkinson decided it was a foul nonetheless. The goal was disallowed. Werner hung his head. 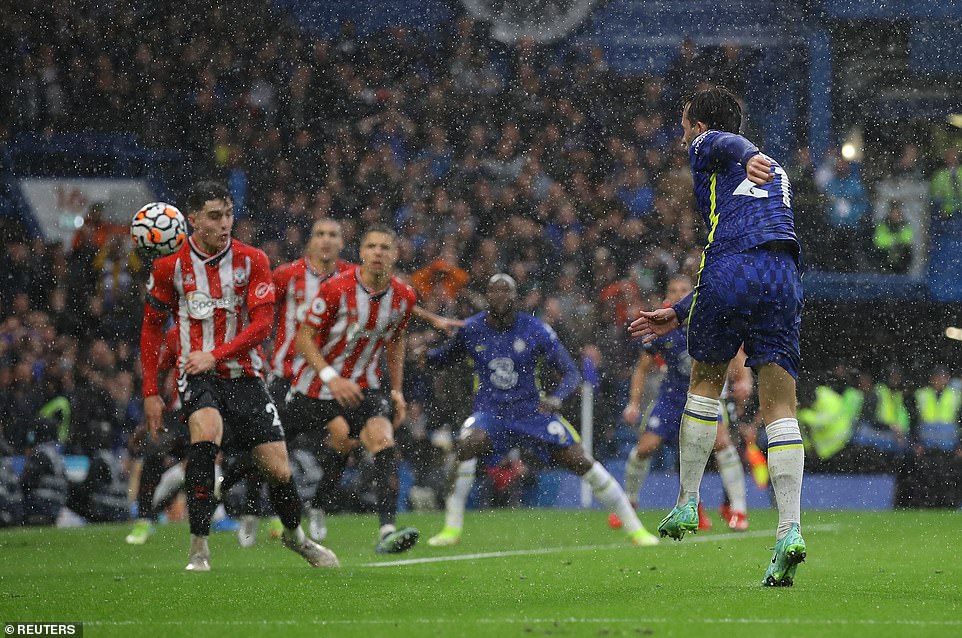 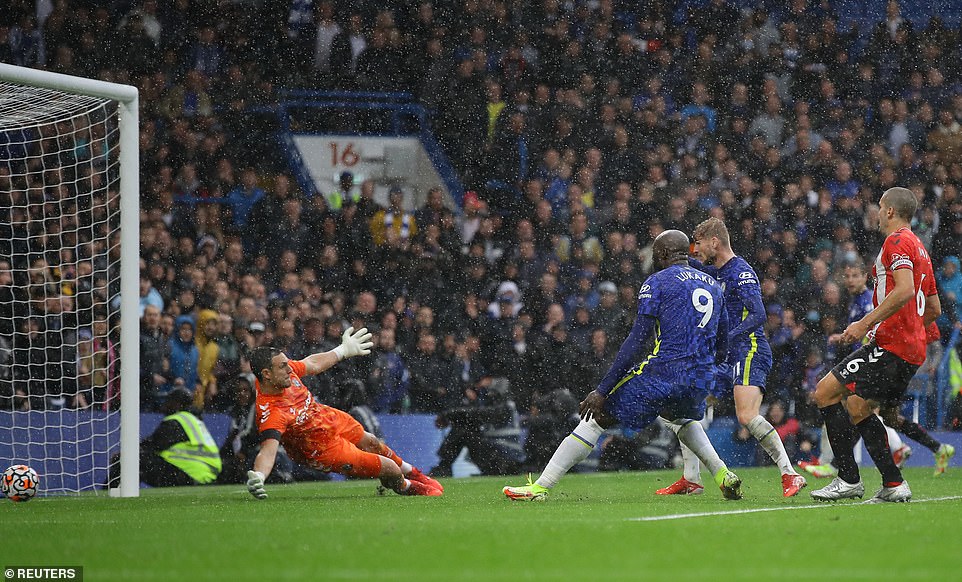 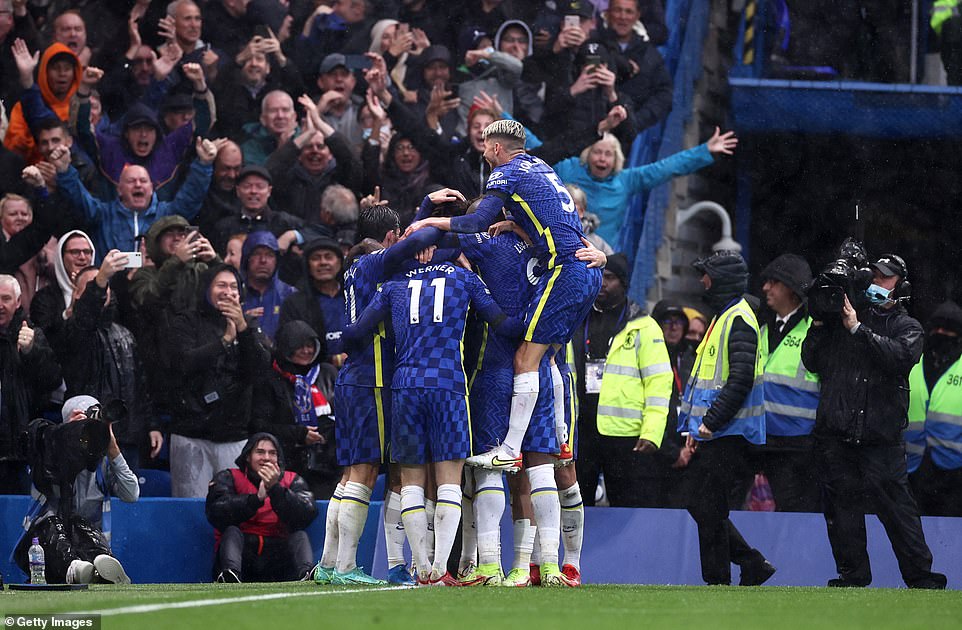 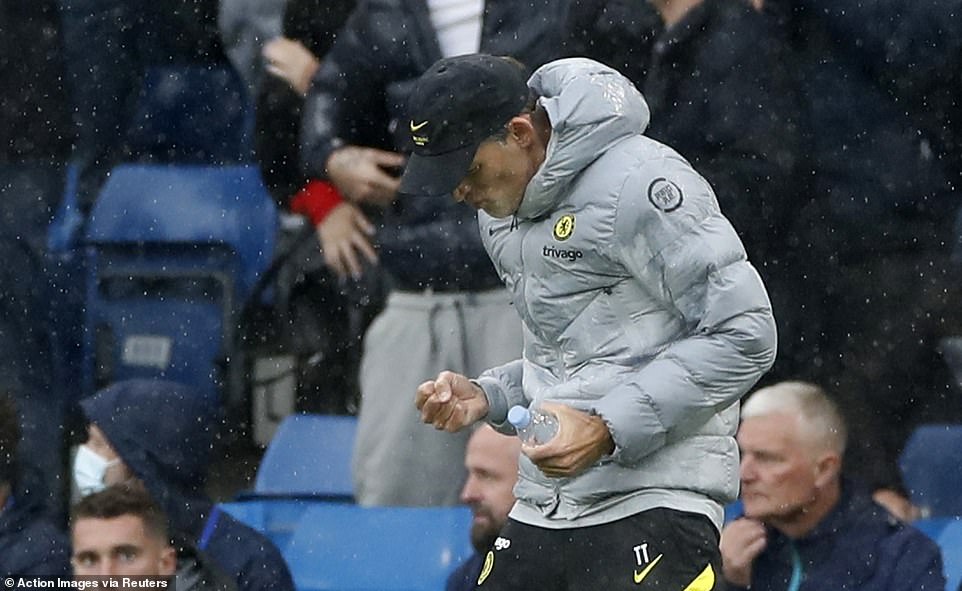 But he did not give up. He persevered and he persevered. As Chelsea's week, which had started with a comprehensive defeat here to Manchester City and had continued with a loss to Juventus in Turin, threatened to go from bad to worse with the scores level late in the game and Southampton down to ten men, the ball fell to Werner one last time with six minutes to go.

Ross Barkley spread it wide, Cesar Azpilicueta drilled it into the box first time and there was Werner sprinting in to meet it with the kind of certainty and poise that belied all his struggles. He met it sweetly and gave McCarthy no chance. Chelsea were 2-1 up. They would add a third in the dying minutes but Werner was the match winner. Everyone knew that.

'Teeeeemo, Teeeeeemo,' the Chelsea fans chanted in delight as he walked off the field proudly after the final whistle, the last of the Chelsea players to leave. No one could begrudge him soaking this up. His goal had taken Chelsea to the top of the table again. After all the love that has been lavished on Romelu Lukaku since his return, Werner deserved his moment of triumph.

Chelsea boos Thomas Tuchel had left a host of his star players on the bench, including Jorginho, Hakim Ziyech, Kai Havertz and Mason Mount, who is still returning from injury and whose reputation is growing and growing with every misfiring performance Chelsea produce in his absence. 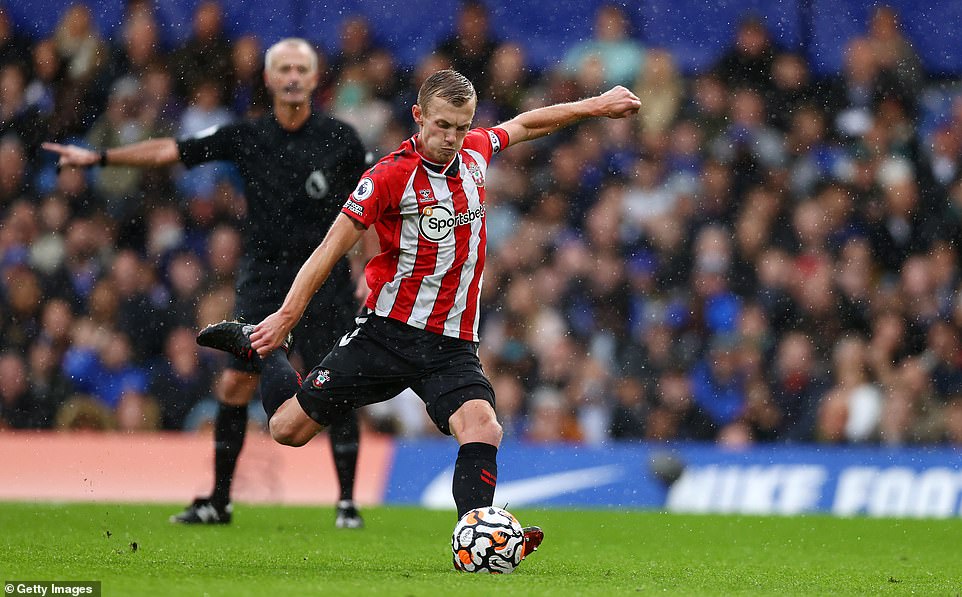 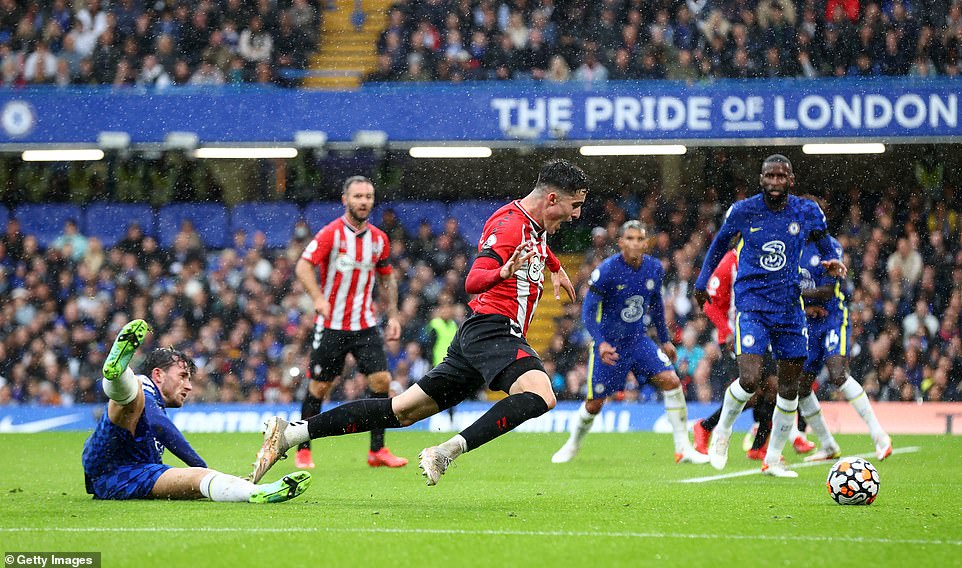 The visitors won the spot kick after Tino Livramento, against his former club, was chopped down by Ben Chilwell in the area 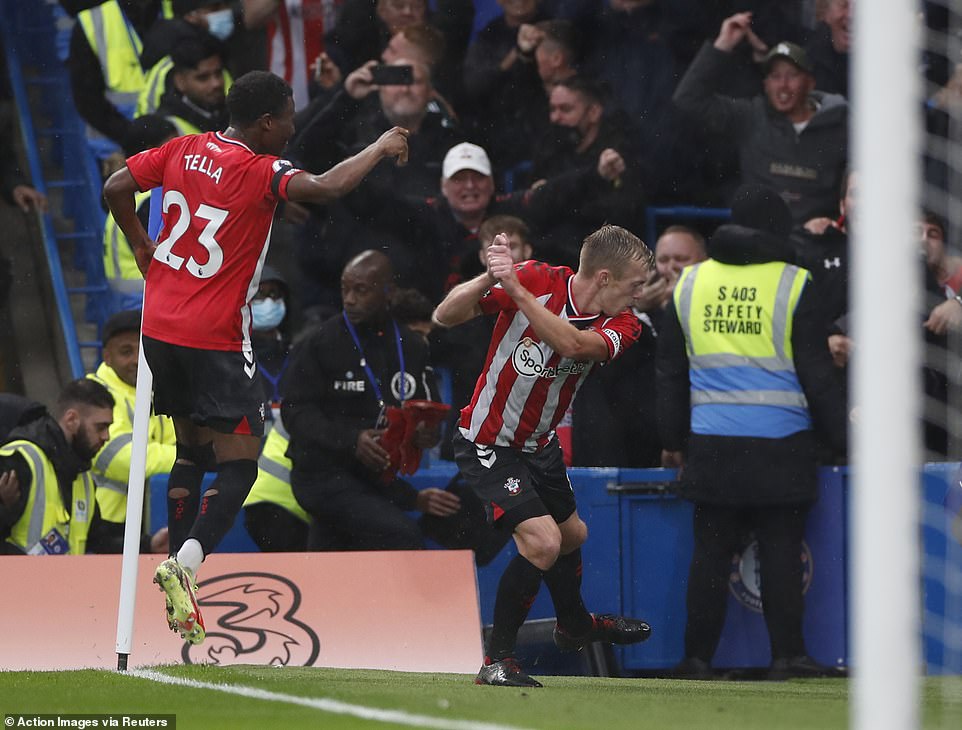 After a nervous early moment when Edouard Mendy miscontrolled a backpass and had to tackle Adam Armstrong to stop him being presented with an open goal, Chelsea nearly took the lead in the fourth minute. Azpilicueta slid a ball inside to Timo Werner as he sprinted down the inside right channel but Werner hit his shot without conviction and McCarthy saved it with his foot.

Tuchel is an active presence on the touchline at the best of times but the reverses of the past seven days appeared to have made him more animated than ever and when an attack broke down because Ben Chilwell failed to overlap down the left, Tuchel subjected him to the kind of verbal onslaught that would have made a meek man shrink. Chilwell did his best to pretend he couldn't hear.

Chilwell didn't shrink. Instead, he made amends. A few minutes later, he swung a corner in from the right and Ruben Loftus-Cheek rose majestically in the crowded box and flicked it on. His header flew across the area and Trevoh Chalobah ghosted in at the back post with a clever run to nod the ball over the line from point blank range.

Southampton came within an ace of equalising when Kyle Walker-Peters wriggled free of his markers with a brilliant run down the left and them whipped in a cross for Theo Walcott. Walcott got to it just ahead of the defender but he could not direct his header goalwards and it flew wide. 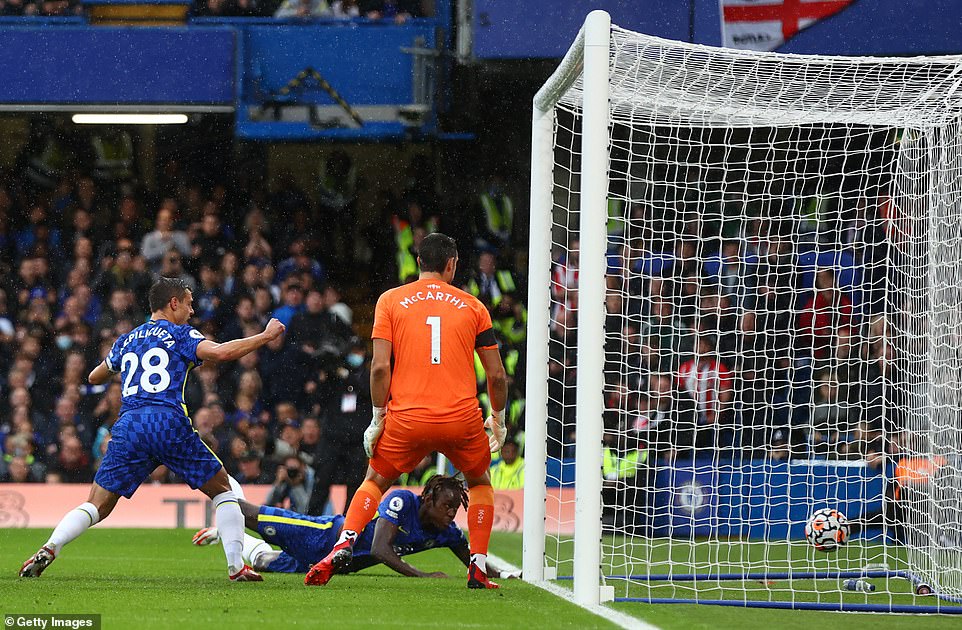 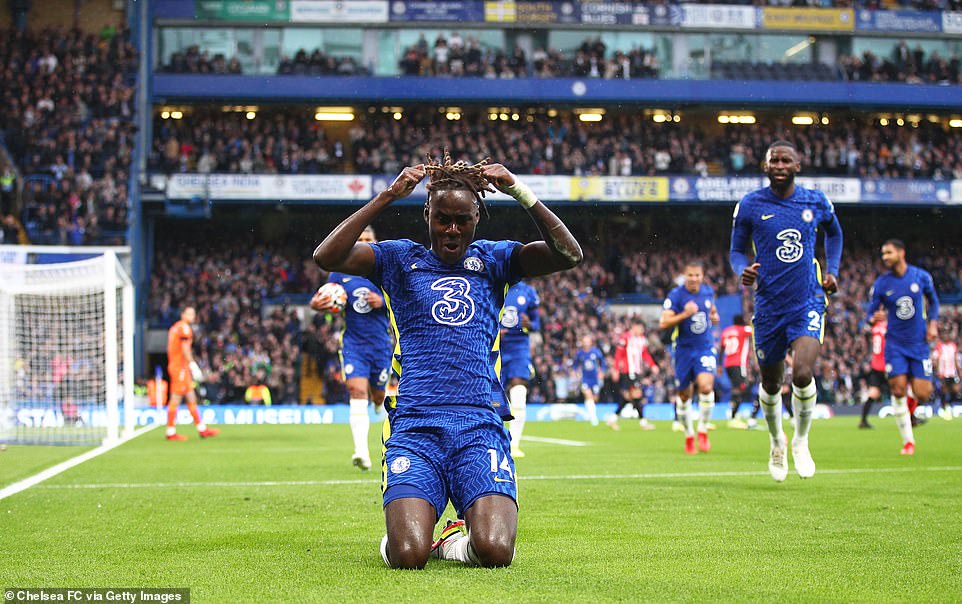 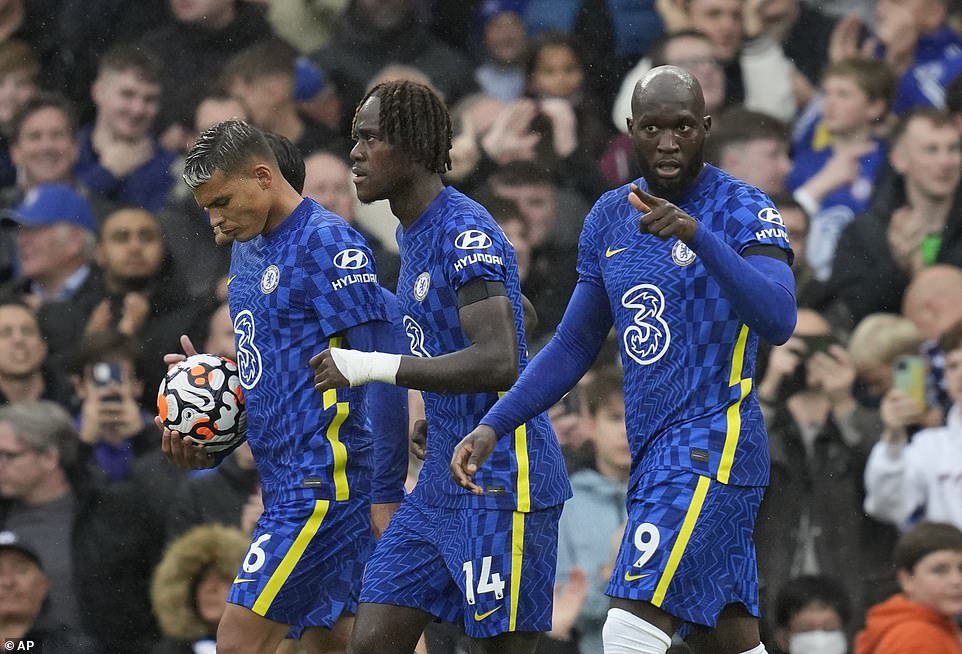 Chelsea thought they had extended their lead four minutes before half-time when Hudson-Odoi crossed to the back post and Werner nodded it past McCarthy from the edge of the six-yard-box. But VAR asked Mr Atkinson to look at what appeared a marginal infringement by Azpilicueta on Walker-Peters in the build-up.

Atkinson ran over to the far touchline to study a replay and decided that even though contact seemed minimal and Walker-Peters had not even appealed for a foul and the alleged infringement had taken place so far back in the move that it felt like ancient history, the goal should be disallowed. Just when we thought VAR was behaving more sensibly, this felt like a return to the bad old days.

Tuchel, predictably and understandably, was incensed and did not attempt to hide his displeasure as he danced around angrily on the touchline. Mr Atkinson trotted over to where he stood and brandished a yellow card at him. Tuchel was still incandescent and went nose to nose with Atkinson. It was not a particularly good look. The Chelsea boss was lucky to be allowed to remain in the dug-out.

Things got worse for him and his team after the break. An hour had gone when Valentino Livramento, Southampton's highly-rated right back, turned Chilwell inside out in the Chelsea box. As he went to go past him on the outside, Chilwell tripped him. There was no need for VAR this time. It was an obvious penalty. Ward-Prowse took it and sent Mendy the wrong way. 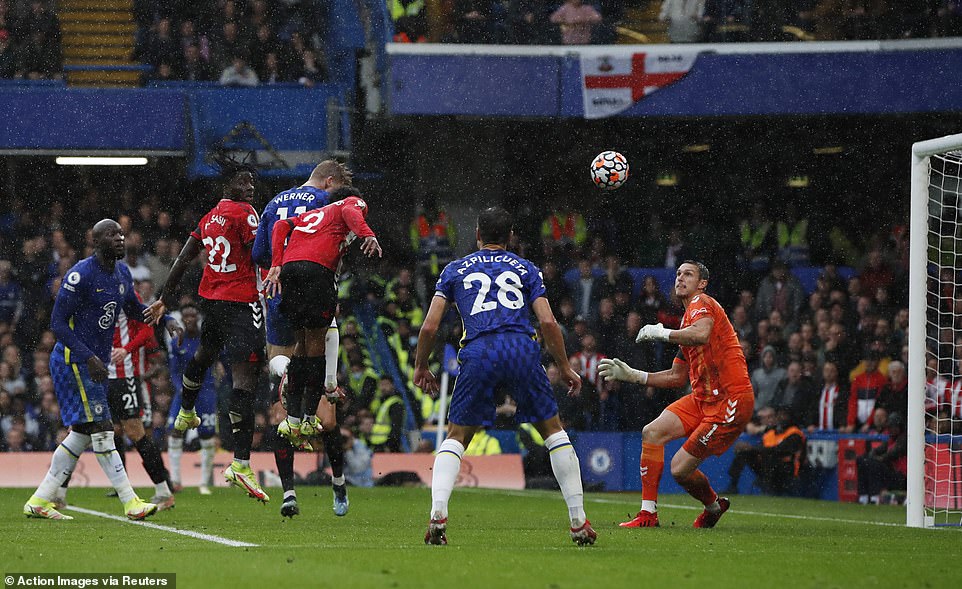 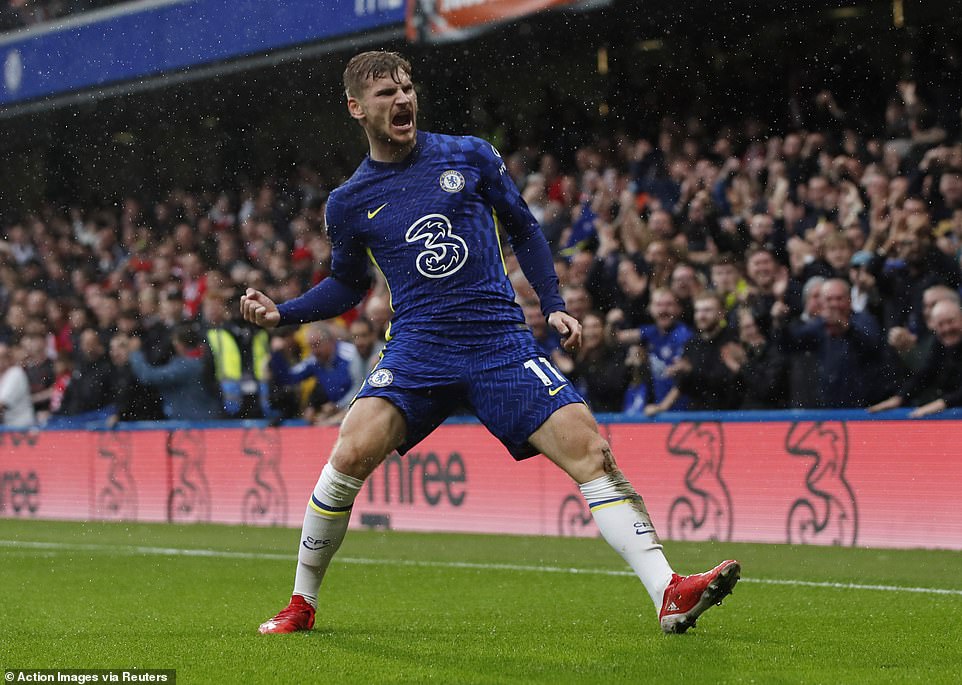 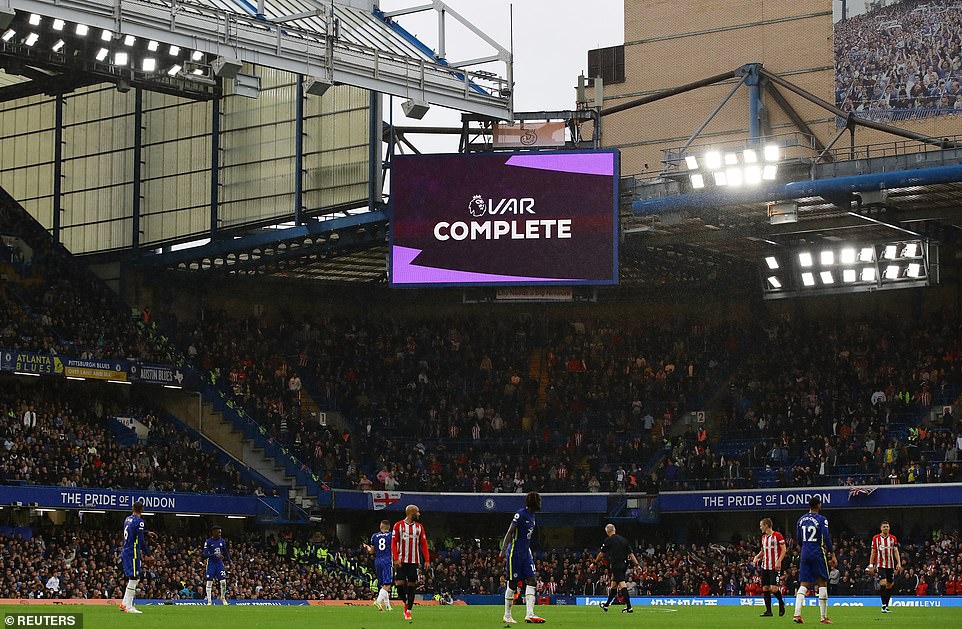 Chelsea wobbled and Southampton sensed an opportunity. They attacked with more brio and went in search of the lead as Chelsea's insecurities washed over them again.

But they could not force a clear opening and it was left to McCarthy to keep them level when he produced a fine save to deny Werner, who had done superbly to make space for a shot but whose luck was still out.

Southampton's task grew harder 15 minutes from the end when Mendy played a risky pass out to Jorginho, who had just come on.

Ward-Prowse thought he could intercept it and lunged for the ball but Jorginho got to it first and Jorginho seemed to catch up on the back of the calf with his studs. Mr Atkinson showed him a yellow card initially but VAR intervened again and it was upgraded to red. 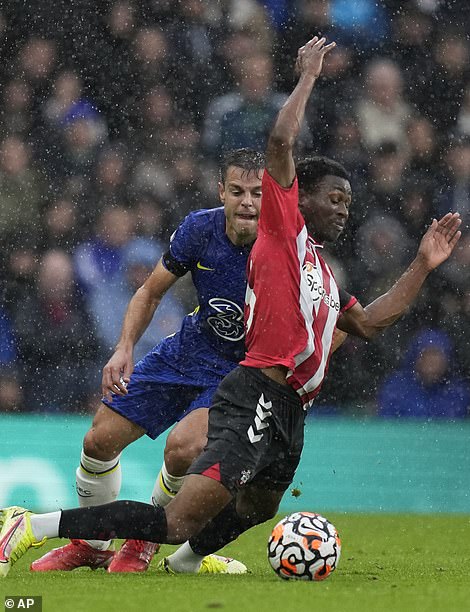 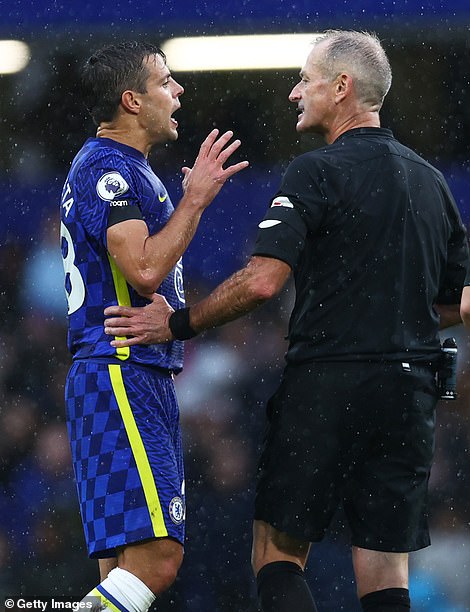 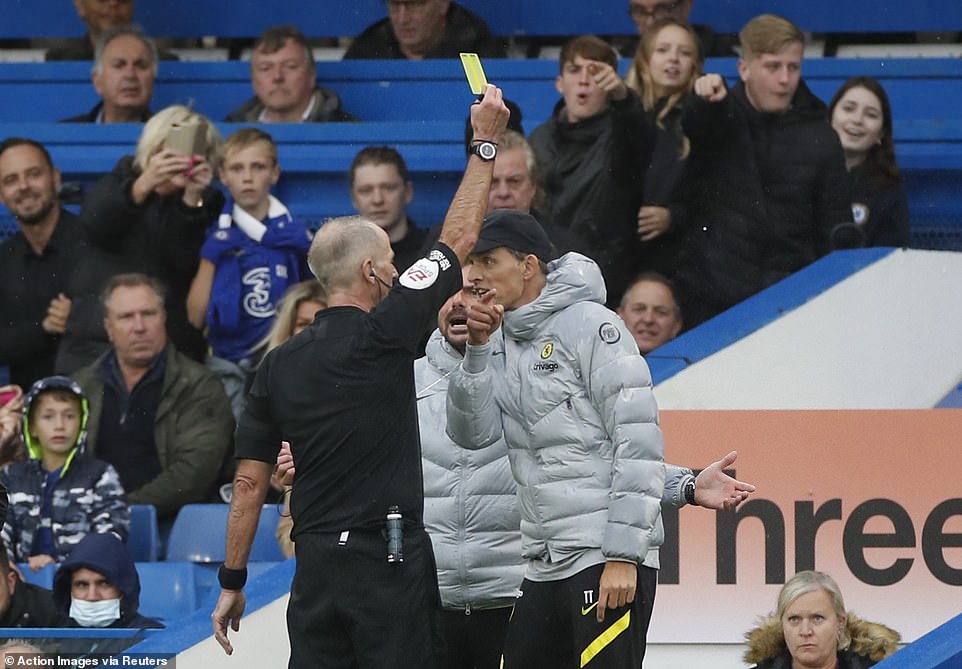 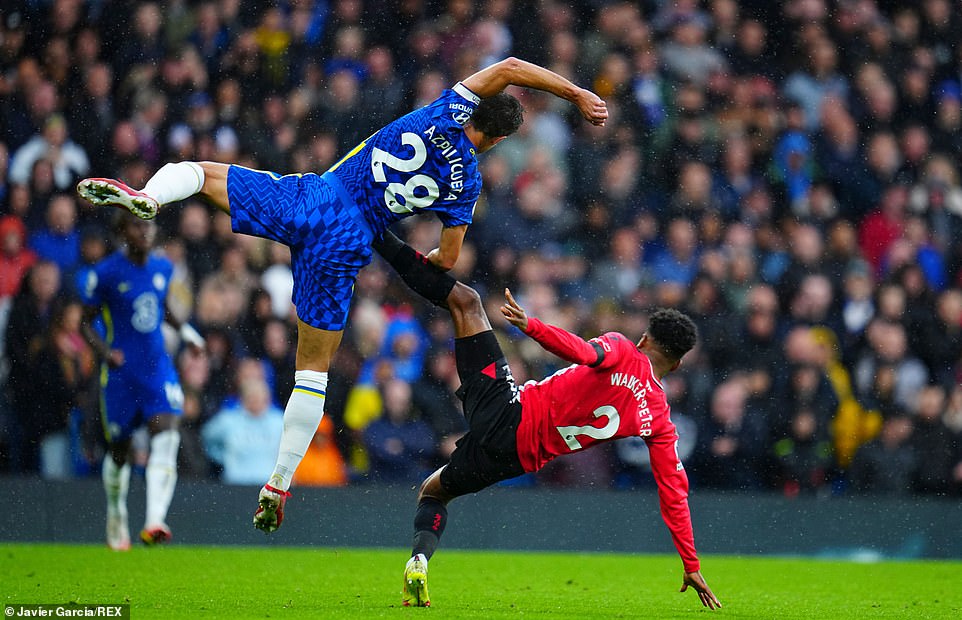 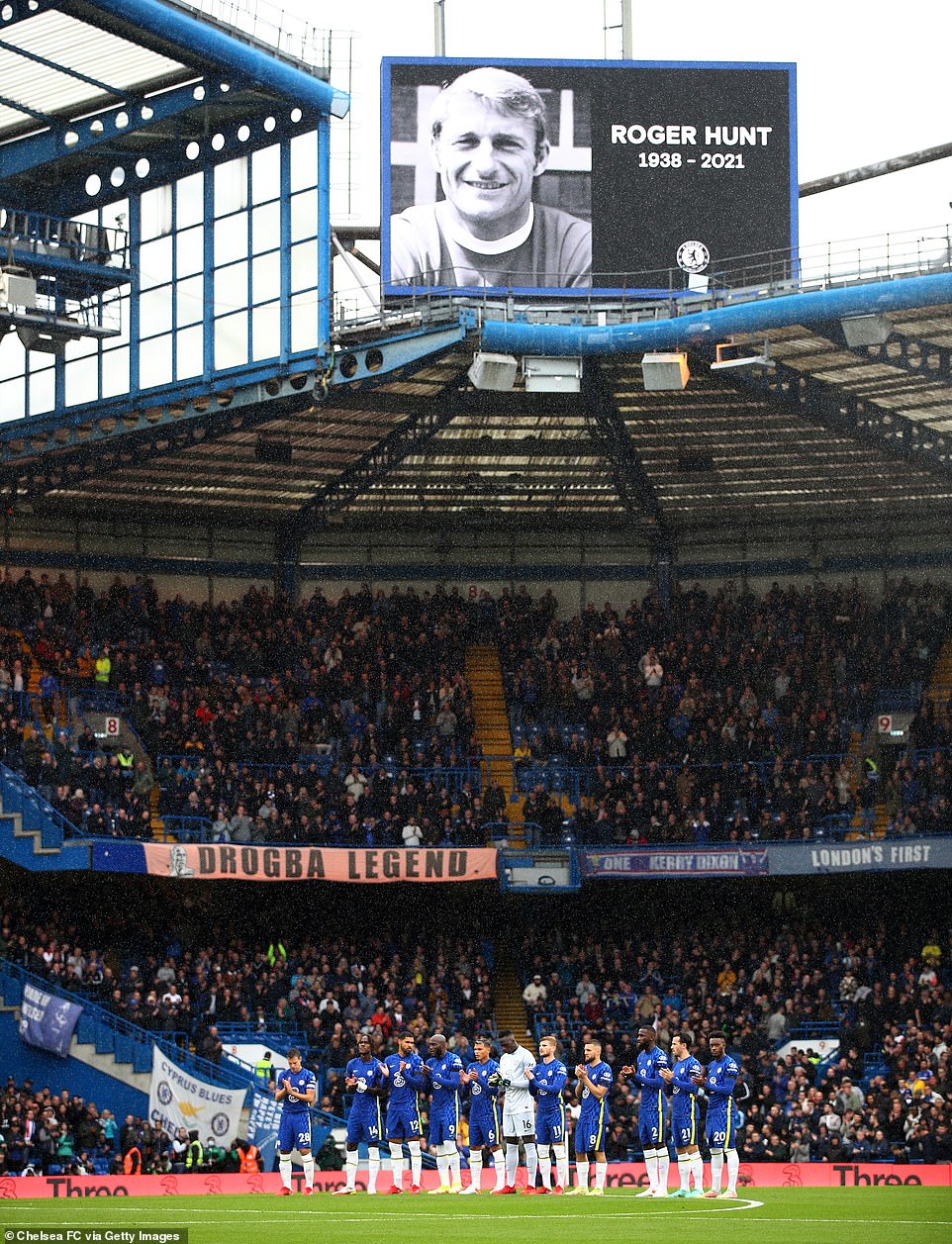 As the minutes ticked down, Tuchel brought on Barkley as his last throw of the dice. He had only been on the pitch for four minutes when he drilled a superb pass out to the right where Azpilicueta had got behind his marker.

Azpilicueta met it first time and slid it across the area for Werner to slam it across it the line. Everything comes, they say, to he who waits.

Chelsea gilded their victory two minutes from the end. When the ball was played into the Southampton box, Lukaku hit the post from point blank range, and it was crashed against the woodwork again.

It was only half-cleared to Chilwell, who volleyed it goalwards. McCarthy flung himself to his right to beat it out but the technology showed it had crossed the line.

Scroll below to re-live how all the action unfolded at Stamford Bridge with Sportsmail's DANNY GALLAGHER.

Chelsea bounce back with win over ten-man Southampton