Manchester City 0-4 Chelsea: Hosts' terrible start to the season continues as Emma Hayes' side move to within a point of WSL leaders Arsenal after win

There was a sense of deja vu about Chelsea's victory over Manchester City here at the Academy Stadium on Sunday.

Goalkeeping errors and missed chances cost Gareth Taylor's side when they were beaten 3-0 by the Blues in the FA Cup semi-final two weeks ago.

And it was the same painful story for the City boss as they suffered their fourth league defeat of the season. 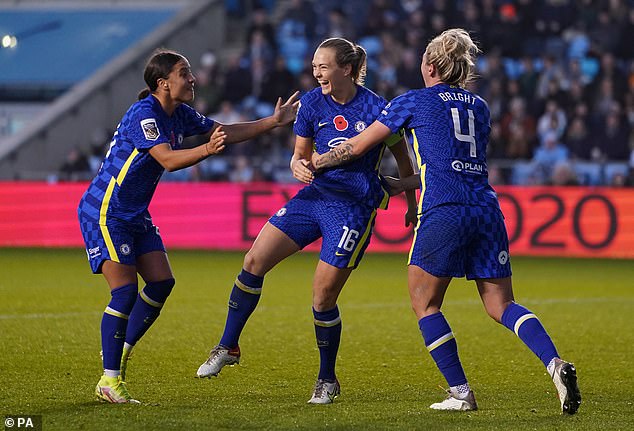 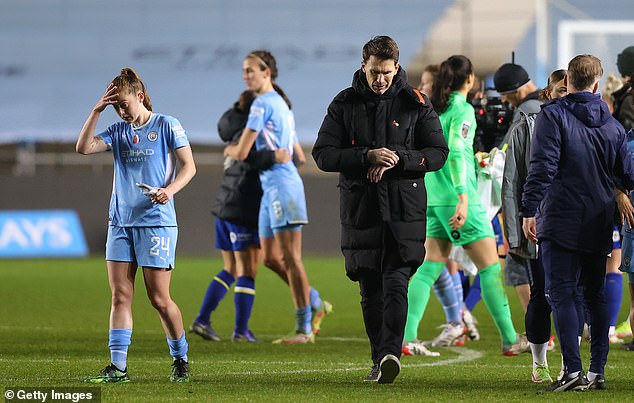 Any faint hopes of a title challenge are over and their focus must turn to securing the final Champions League place.

They have conceded 12 goals and scored none in games this season against Chelsea and Arsenal, the top two. Taylor is under pressure but is adamant he will fight on.

'There's nothing for me to consider,' he said when asked about his future. 'Until I'm told anything different, I carry on and I work as hard as I've ever done.

'Of course, we need to be better in the errors that we make, but as long as I can see the positives, even when we are really short of key players, nothing changes in my mind.

'I don't think the tactics are to blame at all. I've not really harped on about the injuries, the injuries are a fact. I still believe in this group of players.'

Champions Chelsea, meanwhile, are now a point behind Arsenal. Chelsea boss Emma Hayes said: 'I thought we were poor in the first half. In the second half we played like champions.' 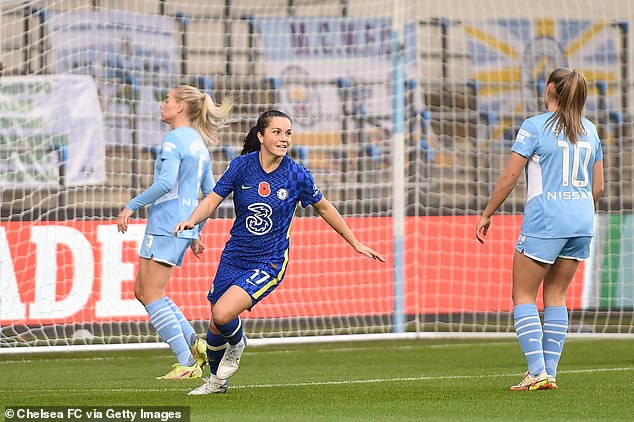 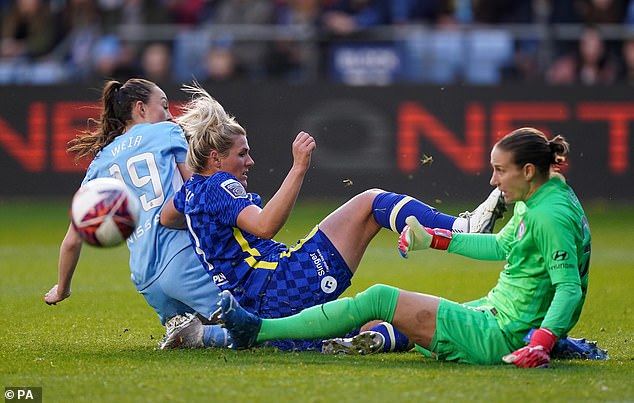 Taylor's biggest issue is the goalkeeping situation. No1 Ellie Roebuck is expected back at the end of the month while second choice Karen Bardsley is out indefinitely.

Karima Taieb, the only senior goalkeeper available, was at fault for two goals in that FA Cup defeat and the 32-year-old got off to a nightmare start here, carelessly gifting Chelsea the opener after 67 seconds.

Her attempted pass to Alex Greenwood went straight to Jessie Fleming, who took two touches to go around Taieb before finishing into an empty net. 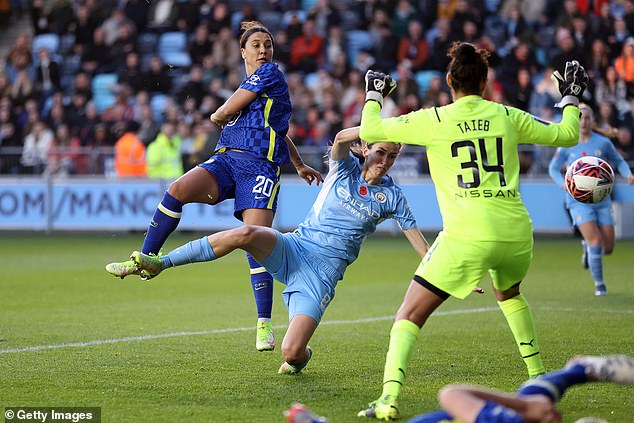 Caroline Weir missed a chance to equalise seven minutes later and that proved crucial as Chelsea grabbed a second just before half-time.

Georgia Stanway was caught in possession by Fran Kirby who played in Ji So-yun down the right.

Her cross found Guro Reiten at the back post and she headed the ball across goal for Sam Kerr to finish. 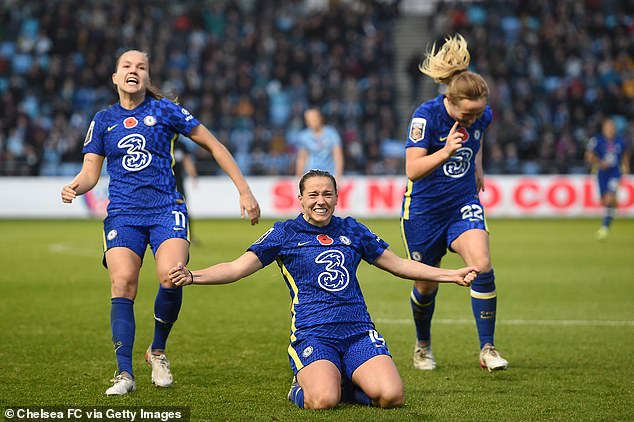 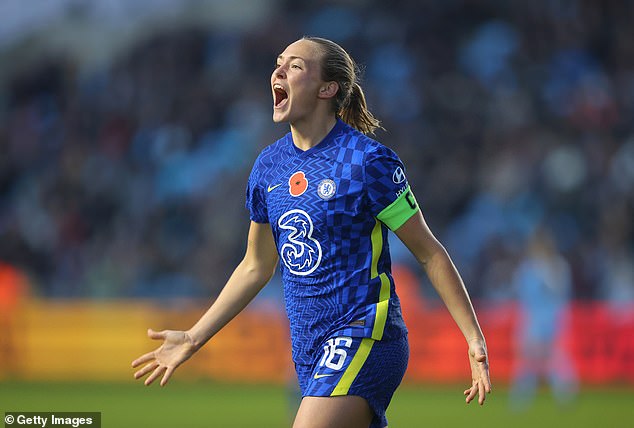 On 52 minutes, City failed to deal with a short corner and the ball eventually dropped to Kirby, who curled a finish into the top left corner.

Three minutes later it was four. Taieb was at fault again as she flapped at Erin Cuthbert's in-swinging corner, allowing Chelsea captain Magdalena Eriksson to nod in at the far post.

As Arsenal face Manchester City, Bacary Sagna reveals why he left north London, admits that the Gunners' DNA faded during his time there and backs Mikel Arteta to turn around his side's awful start to the league season