Brendan Rodgers hit out at Leicester fans after they booed the team at the end of each of a demoralising 3-0 home defeat against Chelsea.

Rodgers, who denied his side's lacklustre showing had anything to do with reports linking him with the Manchester United job last week, considered the catcalls from supporters as disrespectful given The Foxes won the FA Cup last season and are currently struck down by a series of injuries.

'I have to say it is very disappointing,' said Rodgers about the response to the heavy defeat. 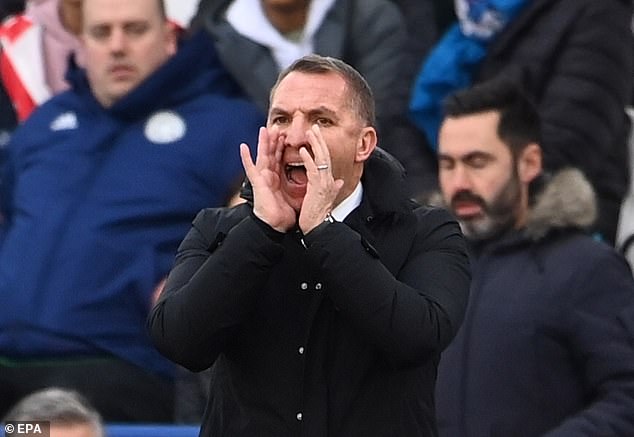 'I think we have a sense of respect from where this team has been over the last few years. We have totally overachieved to arrive in the top six and challenge for the top four.

'Some of our rivals are a way above us on budget and depth of squad so I was disappointed for the players. They are such an honest group. We are not at our usual levels of confidence and to boo a backwards pass when it could launch an attack causes anxiety. It can affect you.'

Leicester are without key players Youri Tielemans, Wesley Fofana and James Justin and hardly laid a glove on Chelsea who scored goals through Antonio Rudiger and N'Golo Kante in the first half and Christian Pulisic in the second. 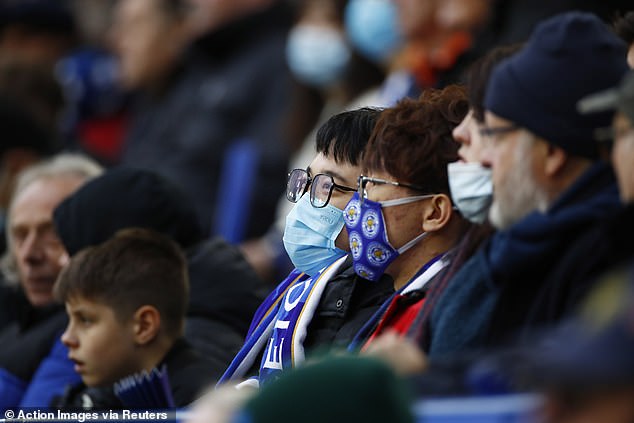 The atmosphere at the King Power stadium turned toxic, with fans voicing their displeasure

Rodgers has strongly refuted any truth in rumours which claimed he was on Manchester United's wishlist and said it had no bearing on the result.

'I said in the week that it is nothing that is real,' said the Leicester boss. 'I spoke to the players on that. And then today (the result) is nothing to do with that.'

Chelsea were impressive as they maintained their unbeaten away record with wing-backs Reece James and Ben Chilwell excelling, their movement sometimes taking them into centre-forward's positions. 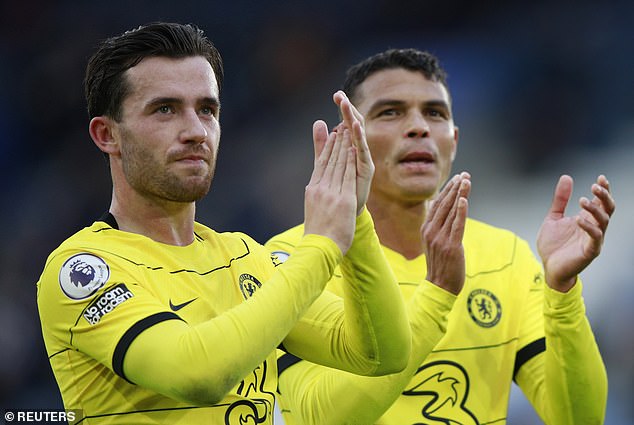 'I think the whole team understand better where we can take risks and change our positions,' Blues boss Thomas Tuchel said.

'Not to do crazy stuff but to have a bit of freedom in our offensive movements. I think the wing-back positions support our attackers.

'All the players including Azpi (Cesar Azpilicueta) and Marcos Alonso are very good at it, today it was Reecy and Chilly. To accelerate the game in certain spaces.'

'That's easy... it's Stevie': Jurgen Klopp names Anfield legend Steven Gerrard as the player from the club's history he would have loved to have coached as he celebrates six years with club