Bryan Robson led tributes to Paul Mariner as English football mourned the passing of a 'terrific player and a wonderful man'.

The former Ipswich and England striker died on Friday at the age of 68 after a battle with brain cancer.

Mariner was a colourful character who scored 139 goals in 339 games for Ipswich in a golden era in which they won the FA Cup in 1978 and UEFA Cup in 1981. His other clubs included Plymouth, Arsenal and Portsmouth while he also earned 35 England caps and scored 13 times for his country including at the 1982 World Cup.

'He had a terrific attitude to life,' said Robson. 'He was just a great, great laugh and will be so sadly missed.

'I remember in the tunnel before England games I used to say ''Come on boys, let's go!'' I'd turn round then behind me I'd hear this huge roaring scream of ''Come Onnnn!'' And it would be Paul jumping up and down in the face of the opposition, often with Terry Butcher. 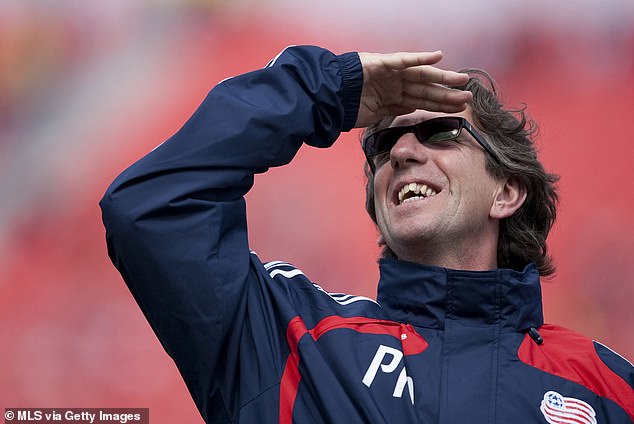 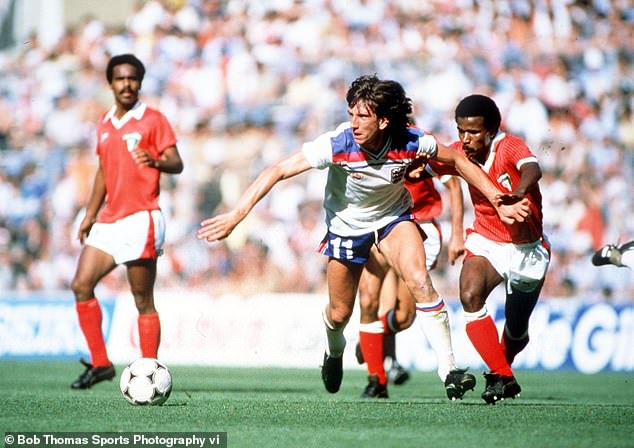 Mariner, 68, who died on Friday morning, won 35 caps for England and scored 13 goals

'You'd look at the other team and see by their faces they were scared half to death before they'd even gone out of the tunnel. Yet off the pitch, you could not meet a nicer guy than Paul.'

Former Liverpool and England captain Phil Thompson shared a similar memory. 'We were at Hampden to play Scotland so normally it would be quite vocal and feisty but Paul, who was 6ft 3ins and Terry, at 6ft 4ins, would take it to another level. They'd be leaping and screaming down the corridor shouting ''Come on! Let's batter these, let's have it, come on.'' We were frightened and they were on our team.

'We played Italy in the European Championships, up against Claudio Gentile, if ever there was a mismatch of a name there it was as he was such a hard defender, but Paul held his own and was cute at winning fouls.

'He loved the physical side, the aerial challenges but he was so good he could have easily fitted into our Liverpool team. He was a special guy. That England squad at the 1982 World Cup had an extraordinary team spirit and he was central to that. A proper player. ' 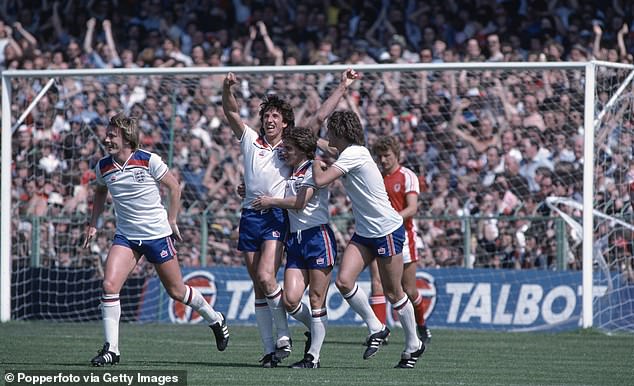 Mariner's friend Butcher added: 'He was the most unbelievable man. Tough, very much a combination of Van Nistelrooy, Harry Kane and Van Basten, all the great strikers. As a man he was great company, a big rocker, he loved Iron Maiden and Deep Purple, the singer Ian Gillan was a big friend of his.

'As a man he was wonderful. So caring, so lovable. Every person he met he touched them and everyone was better for it. We are all devastated. He left a great legacy.'

Mariner had been an engineering student before turning to football and struck up such a friendship with Gillan that he even ended up on stage playing bongos in Gillan's band at the Hammersmith Apollo. 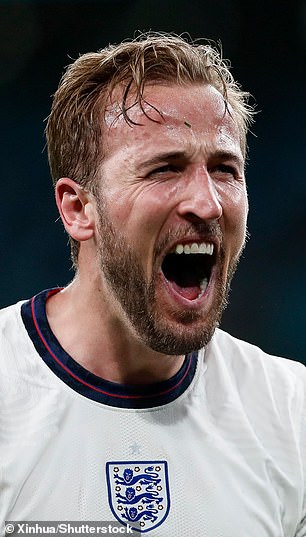 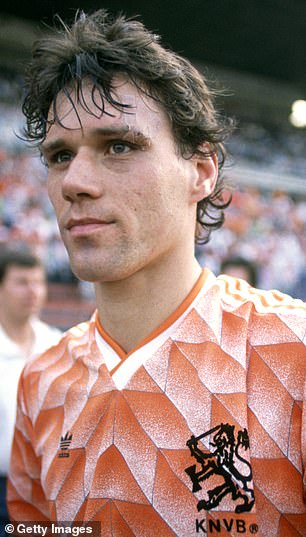 Mariner was described as a hybrid of Harry Kane (L), Marco van Basten (R) and Ruud van Nistelrooy (not pictured)

He had playing and coaching spells in the United States and managed Plymouth in 2009-10. He was also assistant to Peter Reid who described him as 'a diamond of a man'. 'I'd known him from his early days at Chorley,' said Reid. 'As a player at Plymouth, he had a great partnership with Billy Rafferty. Bolton, the team I played for, wanted to sign him.

'Paul was from Bolton so was interested but Bobby Robson beat us to it. When Everton won the FA Cup semi final at Highbury in 1984, he ran across the players' lounge and gave me the biggest hug, he was so pleased for me.

'At Plymouth, he'd invite me round to his house and cook. He loved his horse racing, he'd organise days out for the staff at Exeter racecourse and we'd have such a great day. He was bubbly, so funny. I'm sick I never got the chance to say goodbye properly to him,' said Reid. 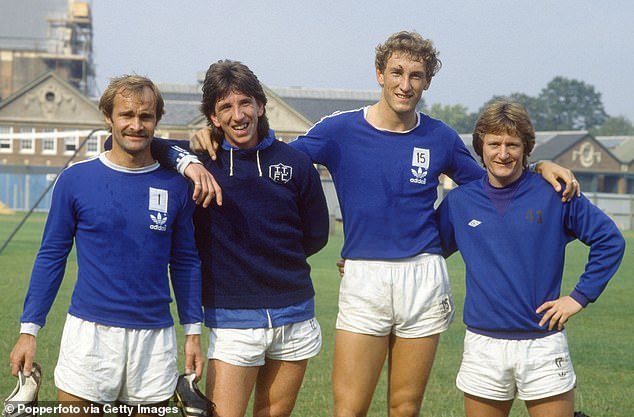 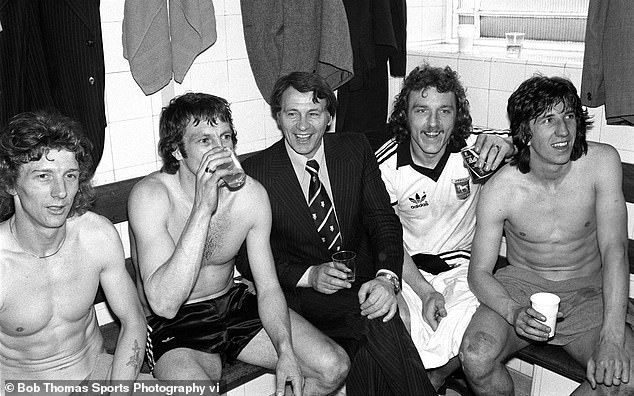 Heartbroken John Wark, the former Ipswich and Liverpool midfielder added: 'He was my best mate. As a person, he was even better than he was as a player and that is saying something. Bobby [Robson] put us together as room-mates and it just went boom from there. He called me his ''brother''. That’s how close we were.'

Bobby Robson, their former manager, once said: 'I was lucky to work with great strikers all over the world. Lineker, Romario, Ronaldo, Van Nistelrooy, Shearer, Figo and Paul Mariner at Ipswich.'