Diego Simeone had few complaints after Atletico Madrid were beaten 2-0 by Liverpool with Felipe sent off in the first half.

The Brazilian was shown a straight red card for deliberately tripping Sadio Mane in the 36th minute on Wednesday night.

‘The referee interpreted as a straight red,' Simeone said. 'At first I thought it was because he had not gone to the referee when he was called but the referee told me it was for the stamp from behind.’ 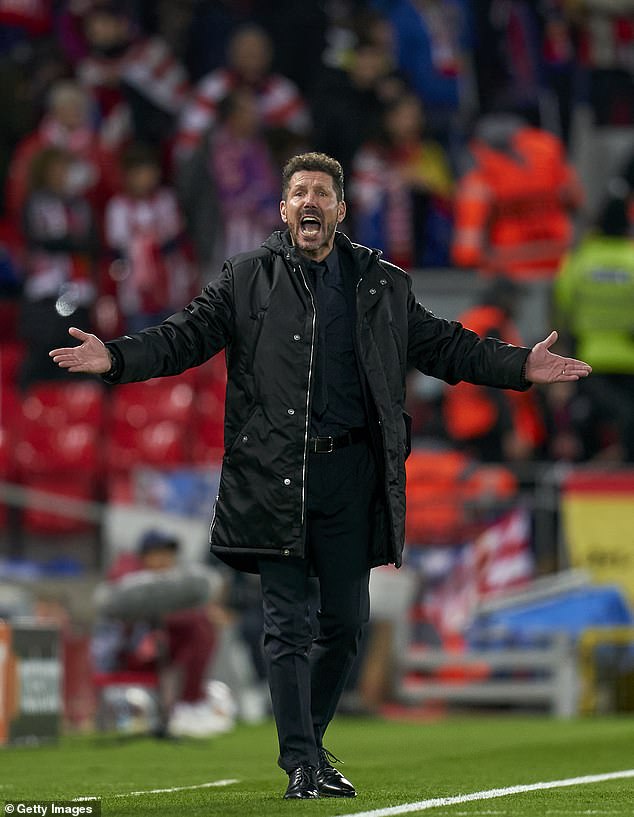 He was asked if he could draw positives and he said: ‘I liked the way we were able to suffer in the second half. We started well and so did they. Then come the goals and the sending off and it was much more difficult.

‘We could not play the game we wanted to play. The second half served the purpose in showing us that when we press we can defend better.’ 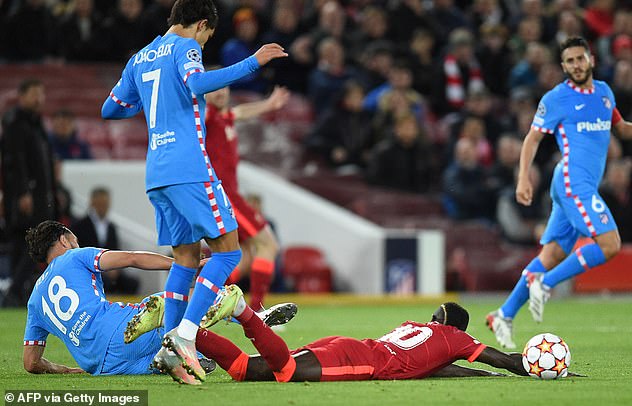 Atletico still have qualification in their own hands but their defensive solidity has dissolved this season. They came into the game having conceded 10 goals in La Liga when at the same stage of last season they had only let in two.

‘We had to play with one less for so long,’ said keeper Jan Oblak. ‘They found it very easy to score against us and we can’t allow that to happen. We fought after the sending off and we now have to win the two games that are left. It will not be easy but it’s in our hands to reach the last-16.

‘They score the two goals so easily. I don’t know what is happening to us defensively. When we get better at the back we will get better results. It is difficult to explain.’

Defender Mario Hermoso added: ‘It’s true we have made a lot of errors but there is time to put them right. With the players they have upfront it was difficult after the sending off. It’s not easy to play here with 10 but we did not concede after the red.’ 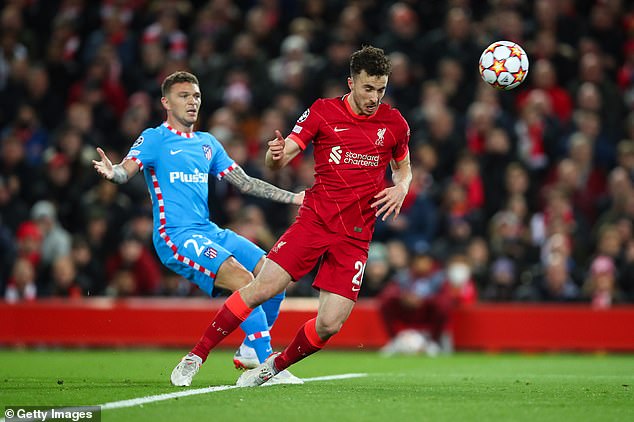