'What a centre back partnership that would have been!': Liverpool fans swoon over picture of Virgil van Dijk posing with club legend Alan Hansen, 66, after victory over Atletico Madrid

Jamie Carragher has led the Liverpool fans in gushing over a picture of Virgil van Dijk meeting up with club legend Alan Hansen after the Reds' Champions League win over Atletico Madrid.

The Dutch defender played 90 minutes of the Reds' 2-0 victory over Diego Simeone's men before meeting up with fellow iconic Reds centre-half Hansen to pose for a picture with the Scot.

Van Dijk claimed that him and Hansen at the back would be 'not a bad partnership' in a social media post, with Liverpool fans, including former defender Carragher, giving their reactions to Wednesday night's mouth-watering image. 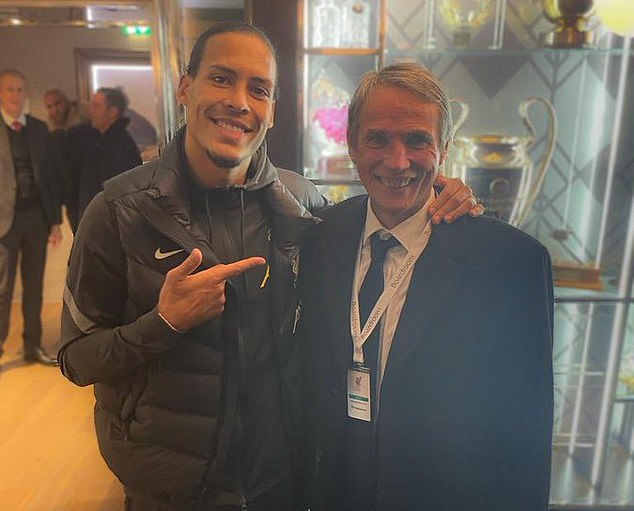 Carragher tweeted on Thursday: 'These two are @LFC greatest ever CB’s. Alan Hansen was ahead of his time in the 1980’s & @VirgilvDijk will finish his time in the #PremierLeague as it’s best central defender.'

Meanwhile, one fan agreed with Carragher that Van Dijk and Hansen are 'the best two CB’s in the club’s history' while another claimed the duo are 'perfection'.

Another Reds supporter posted: 'Wow what a centre back partnership that would have been!'

One Liverpool fans joined other supporters by saying it the thought of the two Liverpool legends would be the 'best CB pairing of all time' while another exclaimed: 'My word what could have been.' 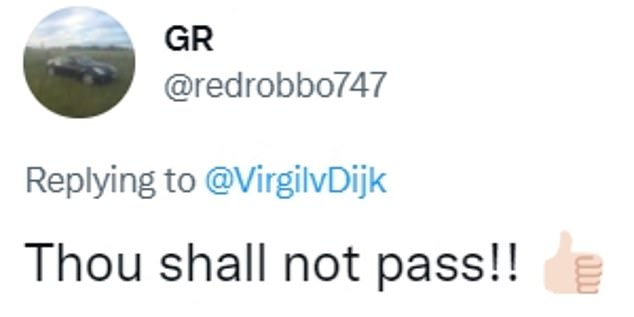 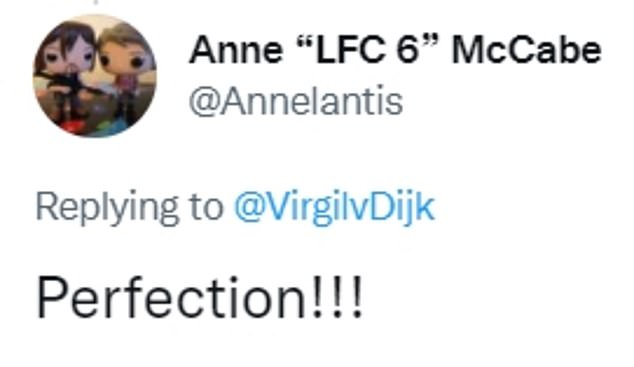 Hansen joined Liverpool from Partick Thistle in 1977 and would go on to spend 13 years at Anfield during the Reds' most successful periods in their history.

Hansen is often regarded as one of British football's greatest ever defenders and was named in the PFA Team of the Year six times and the same organisation's 'Team of the Century' from 1907 to 2007.

The defender made 620 appearances for Liverpool overall and is a Hall of Fame member in both English and Scottish football. 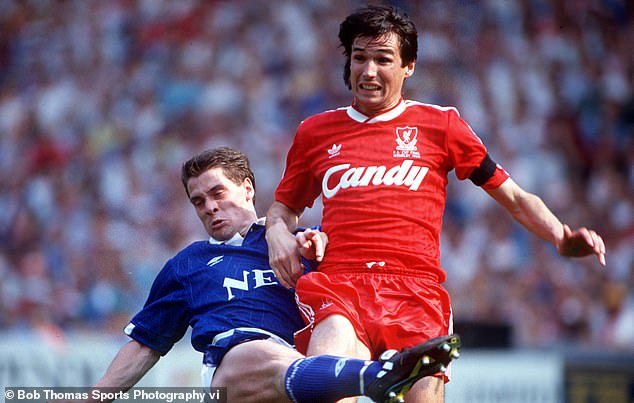 The 66-year-old then became a popular figure in the world of football punditry as a regular on BBC's Match of the Day programme until he retired from his media work in 2014.

Van Dijk, meanwhile, has made 143 appearances for Liverpool since joining the Reds in January, helping Jurgen Klopp's side to their most successful period in terms of winning trophies since Hansen retired in 1990.

The 30-year-old won the Champions League, Super Cup and Club World Cup in 2019 before firing the Reds to their first top-flight trophy in three decades in 2020.

Van Dijk's Liverpool record is particularly impressive given he spent nine months out with a serious knee injury between October 2020 and the start of this season. 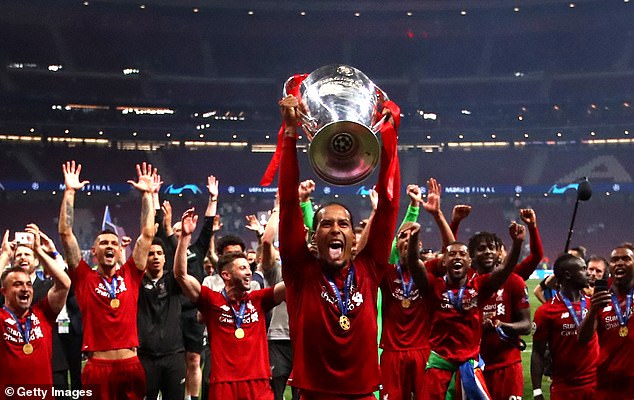 And while the Dutch defender enjoys praise from the Reds faithful after his snap with Hansen, Van Dijk admits his game can improve massively a year after his ligament woes.

'It's a year ago, yeah, but I am just happy where I am today and that is how I look at it,' he said last month. 'Playing the highest level again, playing with a lot of joy, working really hard to get good results.

'There is still a lot to improve for me personally, but the only thing I can do is take it day-to-day.

'I'm not a robot, I've just come back from a serious injury and I know there are a lot of eyes pointed in my direction but I won't worry about it. I am my own biggest critic, I know when things are going well and when to improve and so far so good.'