Ian Rush will present Mo Salah with his Football Writers’ Association Footballer of the Year trophy in central London on Thursday night.

Salah idolises Liverpool’s record goalscorer Rush, who has agreed to be at the prestigious dinner to hand over the gong.

Rush has told the Egyptian, who is out of contract in 2023, to sign a new deal and try to beat more Anfield goal records — including some of his own. 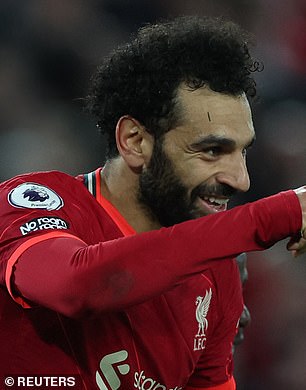 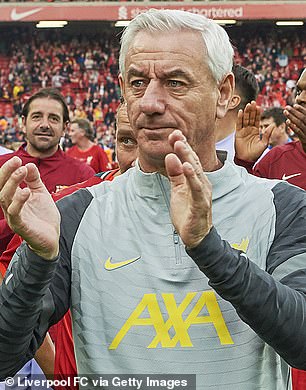 One of the first actions of new England managing director Rob Key and captain Ben Stokes was to cancel their contracts to write columns for newspapers.

Key wrote for London’s Evening Standard while Durham all-rounder Stokes was with the Daily Mirror.

The pair did not think it wise to be giving their opinions on the England team as they seek to build a new era following the recent disastrous Test run.

Manchester United hope to sell more than 50,000 tickets for the FA Youth Cup final against Nottingham Forest a week on Wednesday.

Officials say they have already shifted 38,000 and it is a formality that the competition’s attendance record of 38,137, set by Arsenal in 2007, will be smashed.

United, coached by Travis Binnion, are seeking to win the competition for an 11th time, which would extend their own record.

Tickets for the Old Trafford clash cost £1, with the money going to the club’s charity arm. 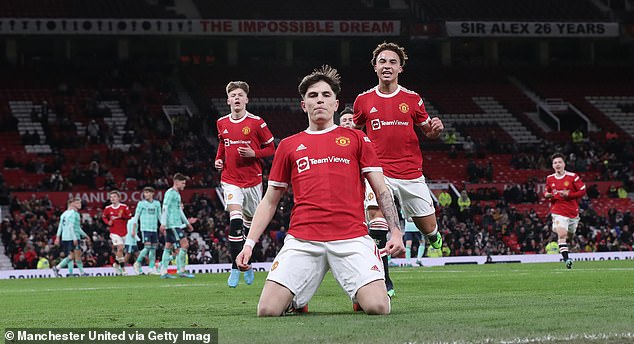 Rugby League is enjoying something of a renaissance following its deal with Channel 4.

The average audience for the four games on the terrestrial broadcaster is 487,000 and the first game, Leeds v Warrington, recorded the highest ever live audience for a Super League game (755,000).

Sky’s figures are up 4.1 per cent while attendances at matches have risen by 5.5 per cent on the last non-Covid season in 2019.

Blades hotel is a horror show

Legend has it that Stephen King was left unimpressed by Stanley Kubrick’s film adaptation of his classic horror novel The Shining.

So if the American author fancies a remake, he might want to head to Sheffield United’s Bramall Lane, where they have their very own version of the Overlook Hotel — the haunted premises that is central to the plot.

Surrounded by fences and featuring weeds, wild flowers and broken windows, the Copthorne Hotel, in one corner of the famous stadium, was built in 2008 but closed in 2020. 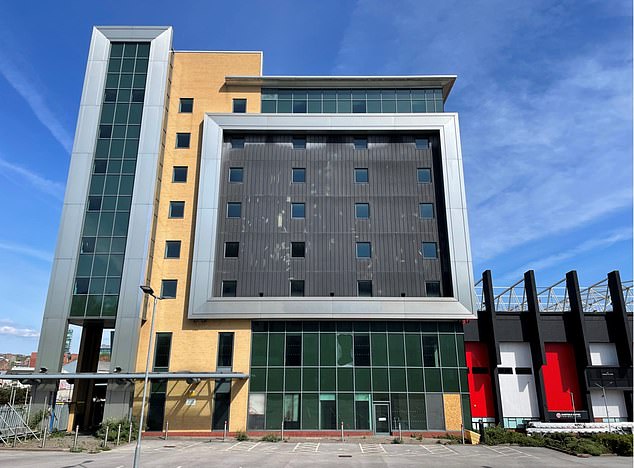 Copthorne Hotel, in one corner of Bramall Lane, was built in 2008 but closed in 2020

It was reunified with the club after the 2019 High Court battle for the Blades, who announced it was to open as a DoubleTree by Hilton in 2021 after a deal with a management company.

But the doors remain closed and the decay accelerates as the Blades seek a return to the penthouse of the Premier League.

Manchester United’s trials and tribulations were the talk of the Crucible this weekend as the World Snooker Championship approached its climax.

Paul Parker, who won two Premier League titles under Sir Alex Ferguson, was heard deep in conversation with 1997 world snooker champion and United fan Ken Doherty, with both bemoaning the lack of leaders on the pitch.

And Salfordian John Virgo, who has had his deal to commentate for the BBC extended until next year, said he was befuddled by the crisis at Old Trafford.

Not that any of that bothered keen Liverpool fan Tim Key — who plays Sidekick Simon to Alan Partridge — as he took in the action in Sheffield.

A documentary crew has been following Ronnie O’Sullivan around the steel city as he attempts to win a seventh World Championship and boost his claims for being the greatest snooker player of all time.

O’Sullivan is at the Crucible for the 30th time and a production team of half a dozen people are capturing the 46-year-old’s every move. 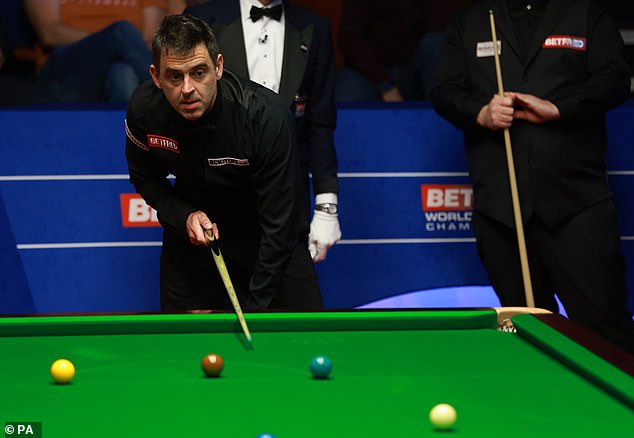 They are hoping for a winning ending before they try to agree a distribution deal, with a desire to secure a cinema release.

Insiders say O’Sullivan has been on fine form and they have not seen him as ‘relaxed and happy for a long time’.

End of an era

It will be the end of an era at the Crucible, when Betfred’s association with the World Snooker Championship ends.

In 2009, the Warrington-based bookie agreed a five-year deal and, other than a two-year hiatus, they have been in place ever since.

John Higgins was their first champion and Mark Williams, another member of the fabled Class of 92, was among those to tweet his appreciation.

Agenda understands car sellers Cazoo will be the next sponsor.

There will be no shortage of bubbly if Team GB replicate their Tokyo success at the Paris Olympics in 2024.

With fleet-footed chef de mission Mark England overseeing his third summer Games, the British Olympic Association have secured a base in the champagne region of Reims as one of their two preparation sites for the Games.

BOA chairman Sir Hugh Robertson and chief executive Andy Anson signed an agreement with the city to host three of the team’s major sports there — boxing, swimming and gymnastics.

The swimmers will use a brand new pool, built by the city six months ago, while existing facilities will host the boxers and gymnasts.

The International Skating Union (ISU) had a shocking Beijing Winter Olympics, appearing paralysed by allegations that teenage Russian figure-skating sensation Kamila Valieva had been given illegal heart medication by her entourage.

Therefore, the upcoming ISU elections for a new president are attracting more attention than usual. There is one surprise candidate: Kim Jae-youl, a very senior executive in the giant Samsung corporation.

Kim is also a son-in-law of the late Samsung chairman and International Olympic Committee member Lee Kun-hee, who was convicted of bribery and later tax evasion. With Samsung still one of the IOC’s main sponsors, there are bound to be concerns over conflicts of interest should he prevail.

Alisson: Why Mane is more confident