'Your statement means NOTHING. Your lies remain': Liverpool fans condemn UEFA's 'sincere apology' for the Champions League final chaos after the under-fire governing body did not accept it was wrong pin supporters with blame for the disorder

Liverpool fans have hit out at UEFA for its failure to accept it was wrong to blame supporters for the chaos that occurred before the Champions League final in its 'sincere apology' for the disorder outside the Stade de France.

A host of Liverpool supporters slammed the under-fire European governing body, which belatedly apologised 'to all spectators who had to experience or witness frightening and distressing events' - where fans, including women and children, were tear-gassed and pepper-sprayed prior to the match in Paris.

UEFA did not apologise for initially blaming the 'late arrival' of fans, thousands of whom had arrived at the stadium hours before kick-off, for the scenes that marred the game - a fact that was not lost on Liverpool supporters.

That message was displayed both inside the ground and on social media, and remains on UEFA's social media accounts nearly a week after the final.

'This is a start, but there is still a long way to go,' Sir Kenny Dalglish wrote on Twitter. 'This apology does’t cover the false message about the late kick off, events at the fan park, or what happened in the aftermath.'

The Liverpool supporters union Spirit of Shankly added: 'Your apology means nothing, as long as your initial lies and accusations remain on your website & social media - they must be withdrawn immediately!'

Dalglish's daughter, Kelly Cates, quoted a Tweet containing an article about the apology from UEFA and wrote: 'Not for the "late arrivals" lies?' 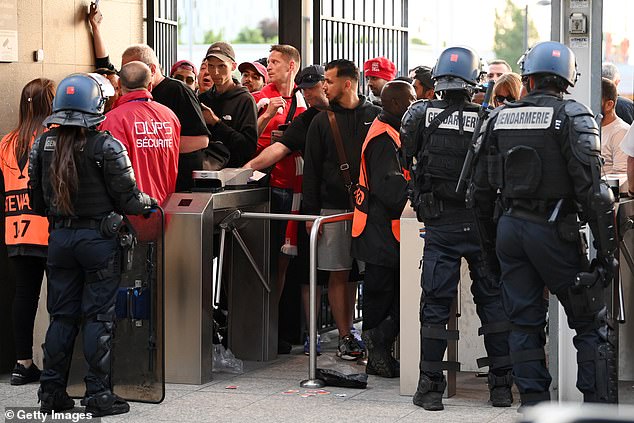 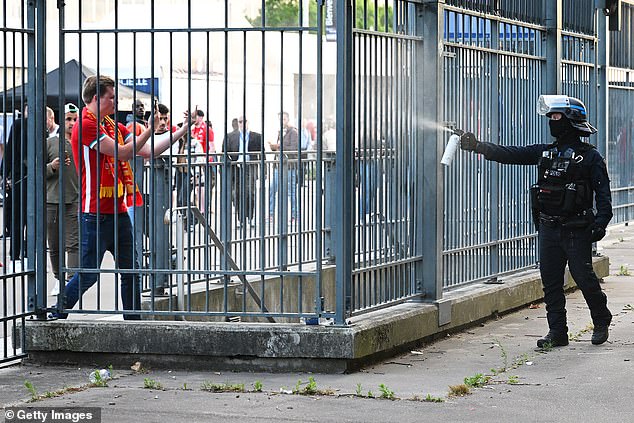 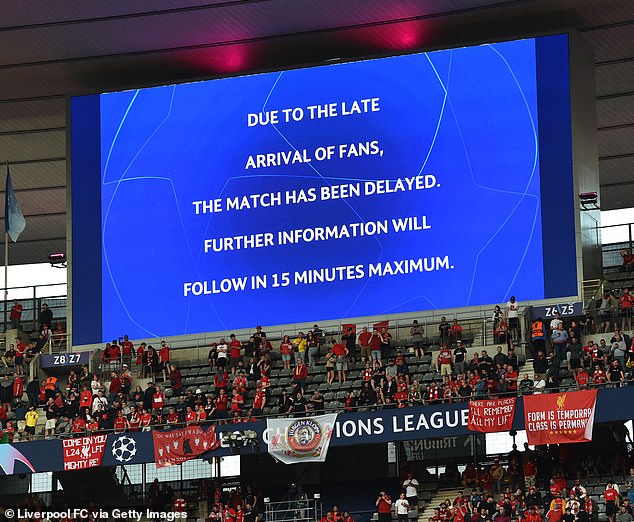 Gareth Roberts, founder of The Anfield Wrap podcast, was among the other supporters to criticise UEFA.

'What about the sincere apology for the lies about fans broadcast around the world - during and after the game - stemming from UEFA?' Roberts wrote.

'What about what happened *after* the game, and how people were treated then?'

Liverpool have been outraged by the accusations that have been thrown their way from the French government and it was doubtful that the grovelling words that came from UEFA's headquarters in Nyon on Friday night would cut any ice with them.

But UEFA – who have promised an independent review into what happened before and after their showpiece fixture – did attempt to recognise that Liverpool supporters had been put in a number of situations that threatened their safety. 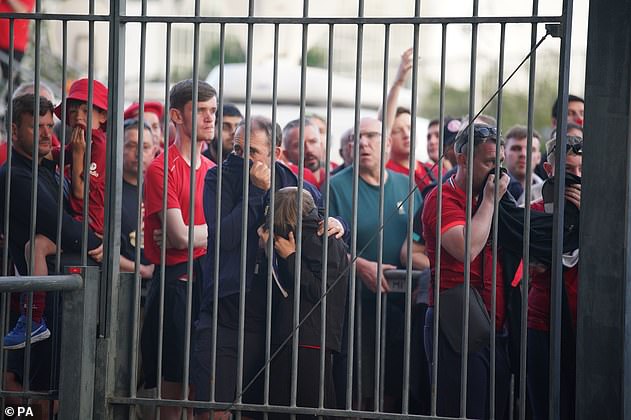 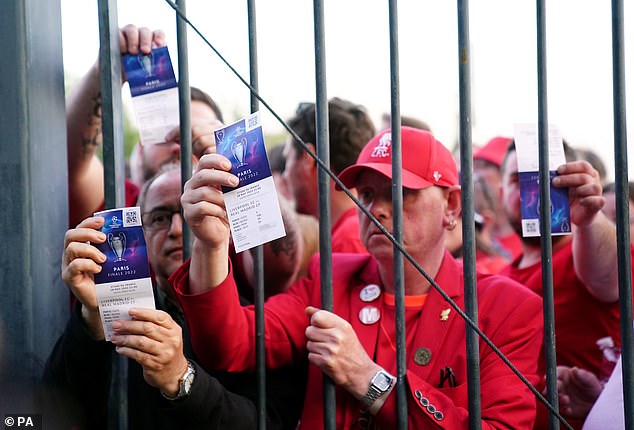 The statement said: 'UEFA wishes to sincerely apologise to all spectators who had to experience or witness frightening and distressing events in the build-up to the UEFA Champions League final at the Stade de France on 28 May 2022 in Paris, on a night which should have been a celebration of European club football.

'No football fan should be put in that situation, and it must not happen again. To that end, immediately after the events, UEFA commissioned an Independent Review to identify shortcomings and responsibilities of all entities involved in the organisation of the final.'

The independent review will be led by Dr Tiago Brandao Rodrigues to understand what happened in the build up to the game and why so many people were in such jeopardy; UEFA are understandably fearful of a repeat happening at a future event.

What UEFA cannot escape, however, is that they failed both Liverpool and Real Madrid.

The Spanish giants, who lifted the trophy after winning 1-0, issued a statement of their own on Friday to condemn what they described as 'shambolic organisation' in Saint-Denis.