The ex-England and Reds striker claimed that Rice is more than capable of playing a more progressive role than his regular deep-lying defensive position, after developing aspects of his game.

The England international is one of the most sought after young midfielders in the Premier League after yet another impressive season for the Hammers, starting 50 games last season and scoring five. 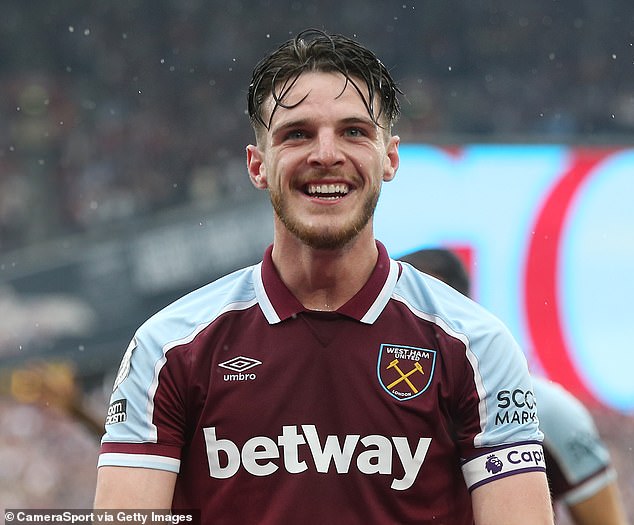 'I think that sitting midfield role is a very disciplined role, I played with one of the best in terms of Steven Gerrard,' Owen told Channel 4 ahead of England's Nations League game against Hungary on Saturday night.

'But he’s actually a bit too good to sit and be disciplined. He’s almost better than a sitting midfielder. But he does show signs of a Steven Gerrard.

'Big, powerful, a very good passer of the ball so he’s actually not just a sitting midfielder anymore. He breaks the game up so well, now he’s adding those long runs to his game. 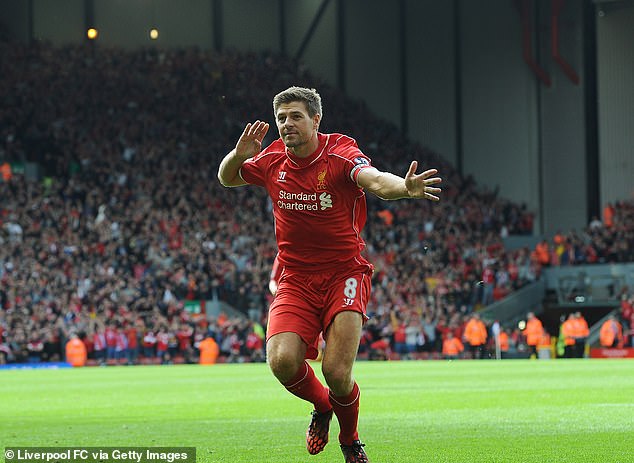 Owen's comments may seem overly superlative in comparing a 23-year-old to perhaps one of the greatest midfielders to play the game, but Rice's impressive performances over the last 18 months have dispelled the idea that it is just a good spell of form.

Not only has he become West Ham's de facto skipper as Mark Noble moves on to pastures new, but he has now become one of the first names on Gareth Southgate's team sheet, too.

And with the Hammers dropping into Europe's third club competition after a valiant run to the semi-finals of the Europa League, David Moyes worst fears are quickly becoming a reality with the Premier League's top clubs circling with intent. 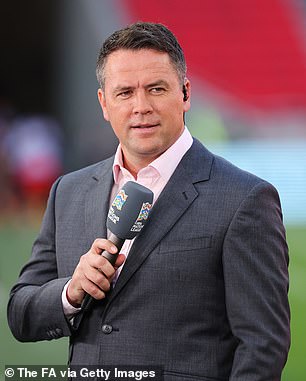 Owen was full of praise for Rice

Chelsea have long been admirers, having released Rice as a 14-year-old, and Erik ten Hag's Manchester United have now joined the queue as they seek to replace several outgoing midfielders amid a general squad rebuild.

The good news is that he won't depart without Moyes getting a substantial transfer fee, with their valuation of the England international north of £100m.

That would represent a club record fee for United, swallowing up most of a transfer budget that has already been restrained by a lack of Champions League football, and really it comes down to whether Ten Hag sees it as worthwhile investment.

On the surface, however, 23-year-old Rice would appear to offer United everything they need in that problematic deep midfield area.

Jordan Nobbs, who turns out for Arsenal in the WSL, has added to the plethora of plaudits, saying on Channel 4: 'He’s been incredible this season. We’ve seen him play so well for West Ham but now he’s playing such a key part for England.

'We’re very used to him being in the holding role but now he’s gone from strength to strength in terms of driving with his runs.

'There’s not many people in the Premier League who can run 10, 20, 30 yards with the ball and set up their strikers.'