'What a performer! He deserves to have the trophy in his hands': Gary Neville heaps praise on Fernandinho before Brazilian credits 'fighting traits' of his title-winning Manchester City side Games of head tennis, Pep Guardiola's frenzied training drill, the brilliance of Bernardo Silva and Kevin De Bruyne and set-piece perfection have been Man City's secrets to beating Liverpool again Jamie Carragher and Liam Gallagher in Twitter spat as ex-Liverpool defender tells singer Man City 'will never win the Champions League and Oasis are s***e compared to the Beatles

Long before Amazon's slick All or Nothing cameras rolled into the dressing rooms at Manchester City and Tottenham, Liverpool filmed a behind-the-scenes documentary in the summer of 2012.

Being: Liverpool documented the appointment of Brendan Rodgers as the club's new manager and the build-up to his first season at the helm.

But unfortunately for the Northern Irishman, a number of his gestures were derided for being like Ricky Gervais' David Brent character in the office.

And after former Liverpool goalkeeper Brad Jones lifted the lid on his infamous 'envelope' trick in the series, Sportsmail has reflected on Rodgers' best Brent moments - from the television show and beyond. 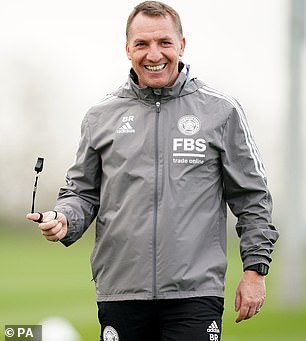 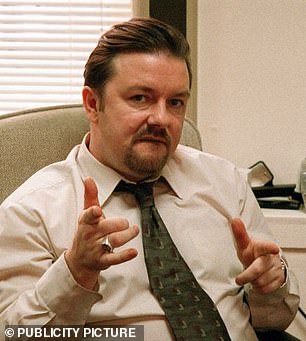 So that envelope trick to start with. It involved taking three envelopes into one of his first pre-match meetings as boss, holding them up to his squad and telling them the names he had written in the envelopes would let him down during the season.

The Northern Irishman then said: 'Don't be in the envelope, make sure you're not the one.' They lost 3-0 against West Bromwich Albion the next day.

Former No 2 keeper Jones has now told the Liverpool Echo how the players really responded to his mind games.

He said: 'The thing with the envelopes was a funny one. I think it was Glen Johnson who said he'd actually seen it before, I think it was (former Chelsea manager Jose) Mourinho who had done it.

'When he did it, as we were sitting and he was talking, he put the envelopes up and you could actually see straight through them, just the way that the light caught them.

'I just remember sitting there thinking, "I don't think there's anything in those envelopes!"' 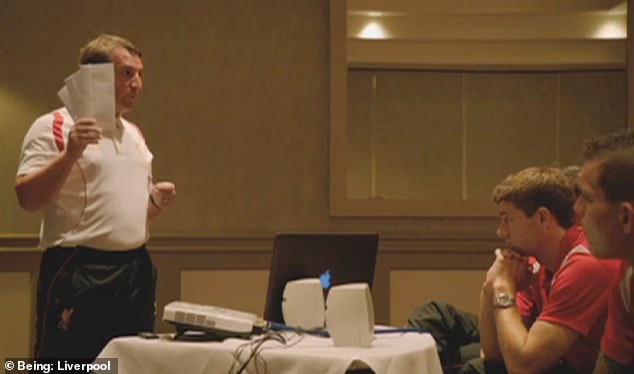 Reading defender Matt Mills revealed an amusing story of Rodgers during his ill-fated tenure as manager of The Royals in 2009.

Talking to the Under the Cosh podcast, Mills said: 'He was a great coach to be fair. If you got Brendan in now, he'll give you a presentation, and he will give it to you in Spanish.

'We had a team meeting one time and he just started speaking Spanish.

'There was not one Spanish person in the room and we were just like "what is going on here?". He was like David Brent out of the office, he was a strange guy.' 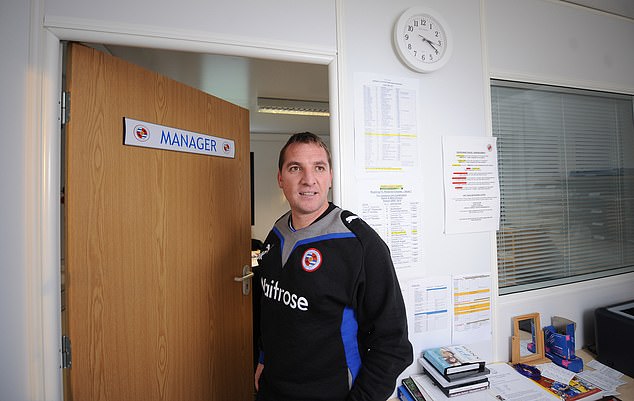 Rodgers apparently once gave a team-talk at Reading in Spanish, even though there weren't any members of the squad who could speak the language

One of many moments in Being: Liverpool that have aged dreadfully. When Liverpool and Rodgers raided Swansea for Wales midfielder Joe Allen, it was seen as a key cog in the Anfield rebuild.

Allen had impressed at Swansea under Rodgers the year before with his neat and inventive passing. When he finally got through the door at Melwood, Liverpool's then training ground, a buoyant Rodgers greeted Allen with the shout 'the Welsh Xavi!'.

Years later, Allen earned a different nickname - 'The Welsh Pirlo' - after growing his hair long. He admitted it made him feel uneasy: 'There's been a few floating around, there's an obvious one I'm not saying. The Welsh Pirlo is a dangerous one.'

But eventually, Allen was drawn on the elephant in the room.

'I had the Welsh Xavi tag for a while and that didn't really do me too many favours, so I'm trying to steer myself away from the new one too.'

It also leads to another Brendan classic on how to build a squad.

'I always say a squad is like a good meal. I'm not a great cook, but a good meal takes a wee bit of time. But also, to offer a good meal, you need good ingredients,' he said. 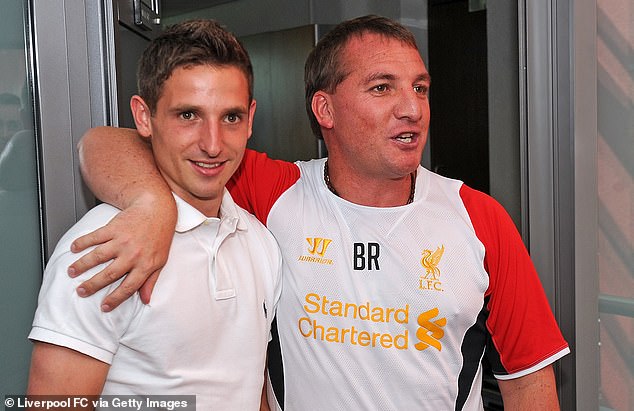 'My biggest mentor is myself because I've had to study, so that's been my biggest influence,' Rodgers said, candidly.

Another one that the Leicester coach probably looks back on and feels a bit awkward about now. 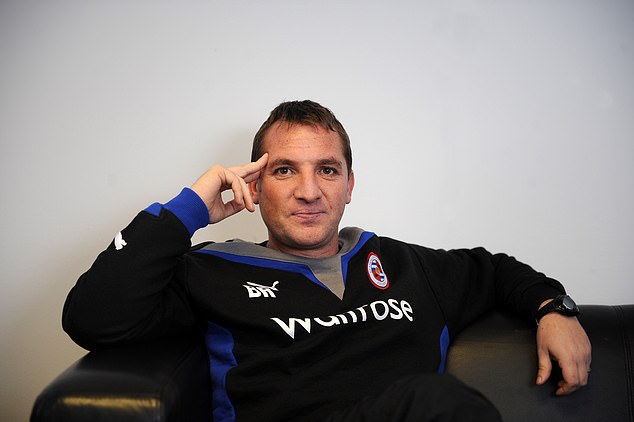 Speaking in the book 'Living on the Volcano: The Secrets of Surviving as a Football Manager' Rodgers opened up on how he enjoyed going for a run around Melwood, Liverpool's training ground.

He said: 'I love to run on the streets around here. I love seeing the people going about their business. These are our people. I love running late in the afternoon, when the doors are open and the dinners are on, and you can smell the mince cooking.'

It's perhaps the most cringe Rodgers quote of the lot but there are others that can give it a close run. 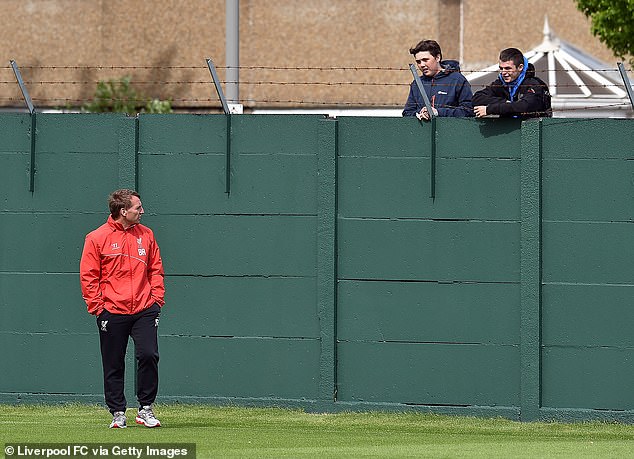 'I've always said that you can live without water for many days, but you can't live for a second without hope.'

Another Brendan jewel from Being: Liverpool as he laid out his ethos for rebuilding the Anfield club in his image.

Probably not quite as bad as his remark about smelling the mince around Melwood... but it's right up there.

'If it was my decision, he wouldn't be going anywhere': Micah Richards insists Man City should NOT sell in-form Gabriel Jesus amid interest from Arsenal because he's 'vital part of this team'