Blackburn holding off Man United, Chelsea securing the crown in style against Wigan and THAT Aguero day... the EIGHT times the Premier League title went to the wire as Liverpool chase Man City 'That Aguero goal must've got to him!': Wayne Rooney's bearded High Court appearance is mocked by former QPR keeper Paddy Kenny, who let in Man City's title-winning goal in 2012... and reckons he looks better aged 44

A thud. Another thud. And again. The walls of the temporary away dressing room in Elland Road’s car park took a thumping. The Leeds fans filing out started pointing. It was some racket.

The bass became heavier, the structure shaking. Manchester City: a bit boisterous. The dance music deep, the banging. For them, this victory was not sealed with three second-half goals as the game became stretched, but in 25 first-half minutes.

Leeds were good for much of the evening, but especially during that period. City might have caved in. They were 1-0 up but not comfortable. Pep Guardiola appeared so concerned that someone should have found him Marcelo Bielsa’s old bucket. It cannot have been good for the man’s knees, so long spent on his haunches. 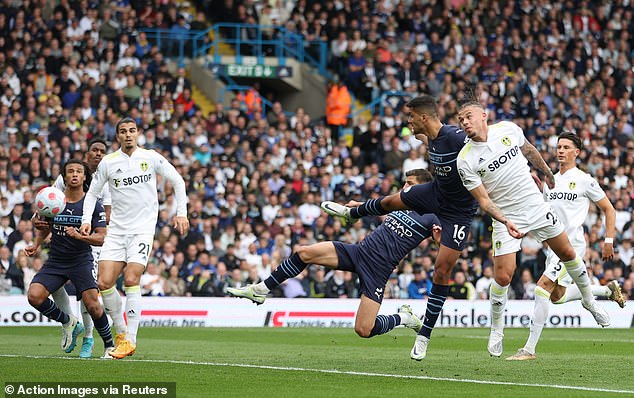 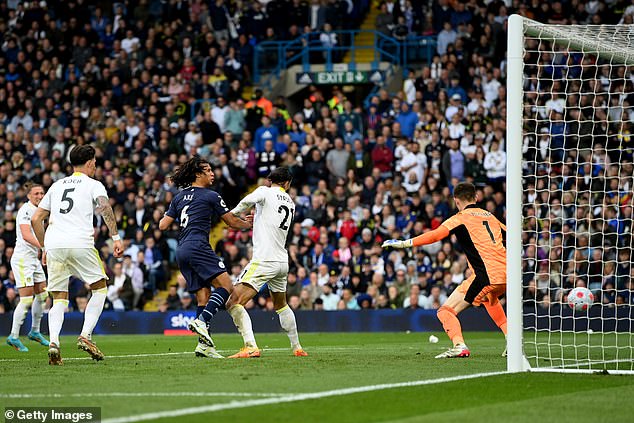 Their midfield went missing before Phil Foden was dragged back into that area, a move that won the game.

City went two clear with a couple of set-pieces, through Rodri and Nathan Ake, either side of the break. That surprised the manager. ‘We are not a team to score a lot of goals from set-pieces but sometimes that can unblock these kind of games,’ said Guardiola.

His pessimism is misplaced. City’s 18 goals from dead balls — excluding penalties — is the most of any top-flight team this season and the club’s highest since 2013-14. They have conceded from set-pieces just once this season — again, better than all the rest.

Nicolas Jover, a specialist set-piece coach, left City for Mikel Arteta’s Arsenal last summer and has been hailed as a genius. But his replacement, Carlos Vicens, has overseen an improvement in both boxes. ‘Carlos has made it so simple and clear for the players,’ said Guardiola. 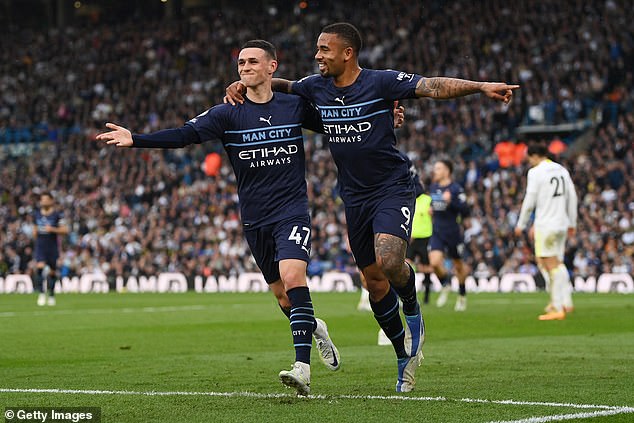 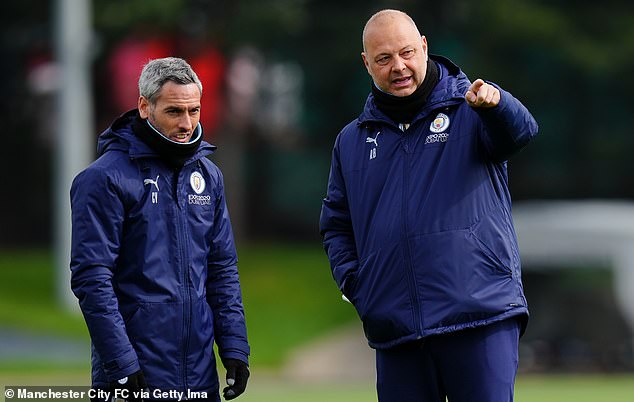 Vicens was hired to coach the Under 12s five years ago and has worked his way up. He is a smart, innovative coach known for his strong communication. City are more durable defensively and offensively, despite not being the tallest side. Vicens is clearly offering something.

‘The secret of set-pieces is about the taker — with a good taker, you have a chance,’ said Guardiola. Foden was the devilish taker on Saturday. Could he take over from Kevin De Bruyne?

‘When Kevin is there, Kevin is the taker,’ the Catalan shot back. ‘But it’s good for Phil. He is so young, hopefully he can be here for the rest of his life.’

So to Foden. A mesmeric display in a role, central midfield, that his manager believes is not his calling now but will be in the future. He will take over from De Bruyne. 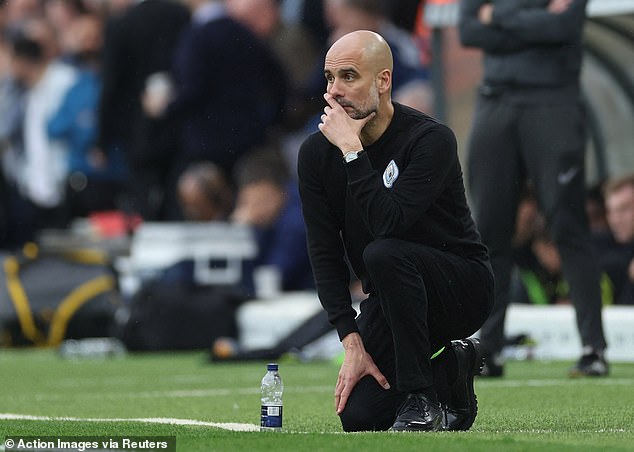 ‘He can play winger both sides, striker and attacking midfielder in the pockets,’ added Guardiola. ‘With time he will be more capable of playing in the middle. He still does all actions at high speed and sometimes you have to have some pausa.’

Pausa is the ability to slow a game down. To stop and watch the runners, to know when to speed it up. To know when to thump the walls.

‘He has the energy of youth and maybe winger suits him better right now, but in the academy at 15 he played the position of Kevin and he played really good.

‘I always talk about David Silva; sometimes he slowed the rhythm to increase the rhythm and Phil’s rhythm is always high. It’s good because it’s aggressive and we need it, but sometimes he needs a little more in that position. That is only a question of time.’

Giving team meetings in Spanish, hailing himself as his biggest influence and comparing his squads to a 'good meal'... Brendan Rodgers' best David Brent-like moments after Brad Jones revealed how his 'envelope trick' fell flat on Liverpool squad