PICTURED: Ralf Rangnick patrols the Old Trafford touchline for the first time as caretaker manager, chatting with John Murtough and Wes Brown on a tour of the stadium after release from quarantine  Michael Carrick insists benching Cristiano Ronaldo at Chelsea 'wasn't a drama' because he didn't see dropping the star 'as a major decision' as Man United's caretaker boss prepares for a third game in charge against Arsenal  Manchester United co-owner Avram Glazer buys a franchise in the new UAE T20 League - with businessman making his first venture into cricket after losing in the bidding war for the two new money-spinning IPL teams Man City star Jack Grealish reveals he was 'really close' to leaving boyhood club Aston Villa and joining Manchester United 12 months before £100m switch to the Etihad Stadium Ralf Rangnick's Man United wishlist: New boss 'will bid to convince Erling Haaland to join', 'wants to reunite with Timo Werner' and 'is eyeing Leipzig pair Christopher Nkunku and Amadou Haidara', say reports in Germany

'Will you name him Ole Gunnar?!': Donny van de Beek is mocked by Andy van der Meyde after he announced his girlfriend - Dennis Bergkamp's daughter - is pregnant, amid his Man United struggles

Manchester United midfielder Donny van de Beek has revealed that he and girlfriend Estelle Bergkamp are expecting their first child.

The Holland international, who made a rare appearance off the bench for the Red Devils in their Champions League 2-2 draw at Atalanta this week, announced the exciting news on Thursday morning.

Alongside a picture of the couple together holding onto an ultrasound scan picture, Van de Beek wrote: 'Happy to announce that we’re expecting a little one.' 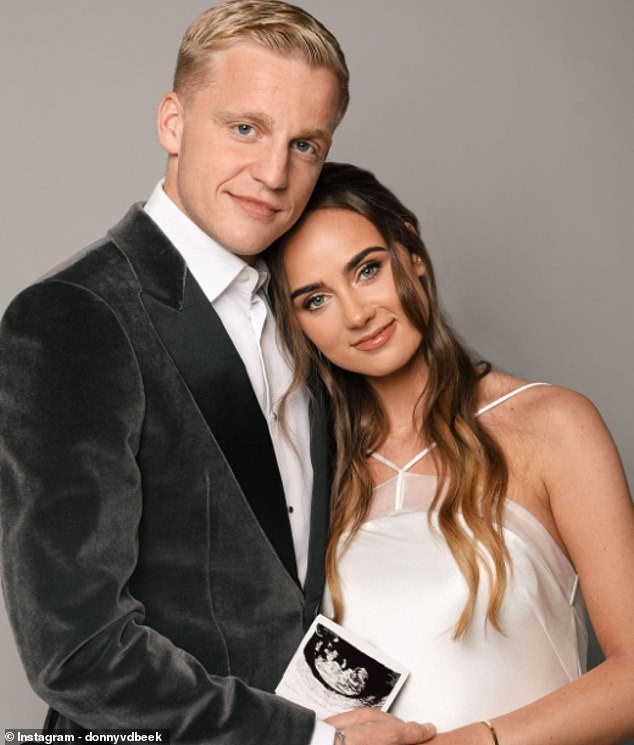 Bergkamp, 25, is the daughter of Arsenal legend Dennis. The 52-year-old former striker, who scored 87 league goals in 315 Gunners matches, will become a grandad in the new year.

United team-mates Jesse Lingard, Alex Telles and Diogo Dalot were among those to congratulate the couple on their exciting news.

Compatriot Andy van der Meyde commented on the social media post, joking: 'Congratulations, what will his name be Ole Gunnar?' followed by a laughing crying face emoji and love heart. 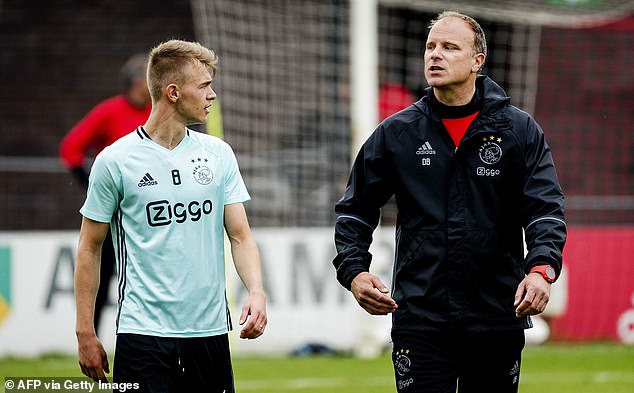 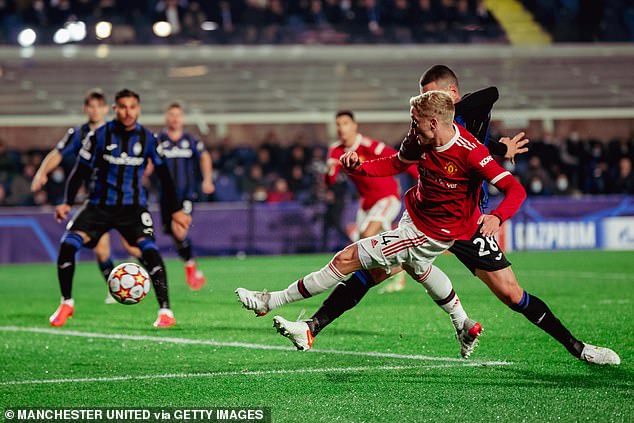 Van de Beek is well out of favour under the United boss with the 24-year-old given limited chances to make an impact following his £40million move from Ajax in the summer of 2020.

A product of Ajax's famous academy, the midfielder made 175 appearances for the Dutch club, scoring 41 goals, but his career has stalled at Old Trafford.

Van de Beek is not the only United man expecting a new arrival in 2022 as Cristiano Ronaldo and girlfriend Georgina Rodriguez are expecting twins.

The Portugal star, 36, shared the news with fans on Instagram last Thursday, and gushed their 'hearts are full of love.'