Bruno's biggest test: Two years on from signing for Manchester United Fernandes has lost his No 10 role under Ralf Rangnick and the goals have dried up... but can the £63m man rediscover his touch?

Two years ago this month Bruno Fernandes joined Manchester United for £63million before making his debut against Wolves at Old Trafford.

The Portugal playmaker approaches the same fixture on Monday facing his most challenging period in English football.

Fernandes was an instant hit at United, and a record of 40 goals and 25 assists in his first one-and-a-half seasons underlines just how important he became to the club. 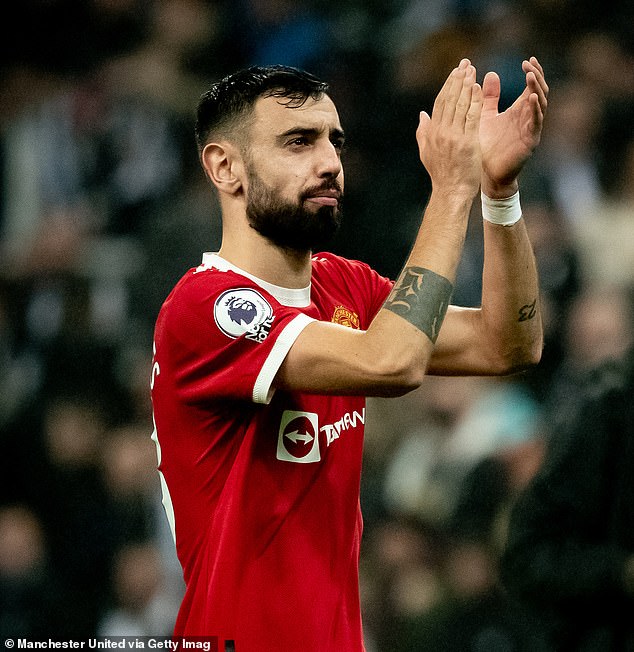 But since claiming a hat-trick on the opening day of this season against Leeds, he has scored only two more for United — although nine assists is still a healthy contribution.

The return of Cristiano Ronaldo appears to have had an impact on Fernandes’ position as talisman, with the latter conceding penalty duties to his Portuguese compatriot after an awful injury-time miss against Aston Villa in September.

Ralf Rangnick’s arrival as interim manager has also done him few favours, with the German’s 4-2-2-2 formation denying Fernandes the No 10 role he prefers. 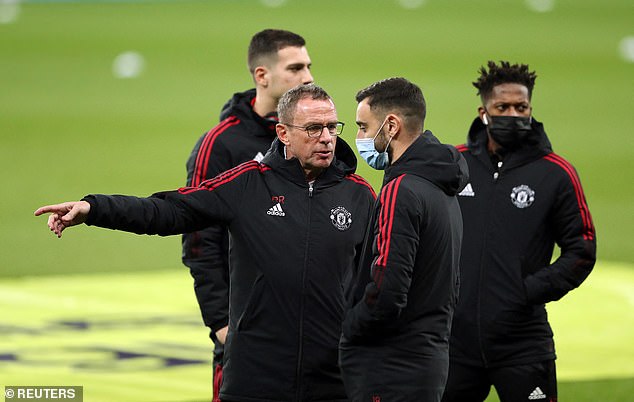 Under new boss Ralf Rangnick, Fernandes is unable to fill his preferred No 10 position

The 27-year-old has cut a frustrated figure and a booking for dissent at Newcastle, when his body language was criticised by former United defender Gary Neville, meant he was suspended for Thursday’s 3-1 win over Burnley.

Rangnick described it as United’s best attacking performance under him and Fernandes’ immediate return is not a certainty.

‘We will see,’ said Rangnick. ‘We have Bruno back and quite a few options. Up front we have enough other alternatives.’

United also hope Victor Lindelof will be fit after a bout of Covid, leaving Eric Bailly free to join Ivory Coast for the Africa Cup of Nations. 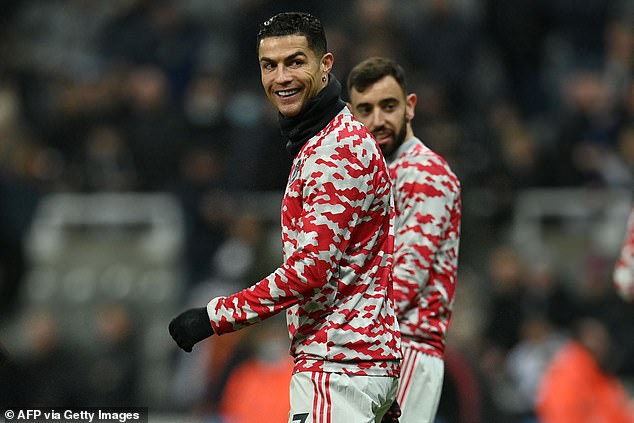 Real Madrid can continue their pursuit of Kylian Mbappe, Paul Pogba's could leave Manchester United for a second time and FOUR Chelsea stars are available... you can speak to these players about a free transfer TODAY!