'I thought we were in a relegation battle listening to the comments': Rio Ferdinand calls out his old team-mate Gary Neville and other critics for their 'negative' reaction to Manchester United's hard-fought draw at Newcastle

Rio Ferdinand has called out his old Manchester United team-mate Gary Neville and critics of the club for their 'negative' reaction after their limp draw at Newcastle.

And they flattered to deceive once again at St James' Park last month, with Eddie Howe's relegation strugglers able to superbly hold United to a share of the spoils. 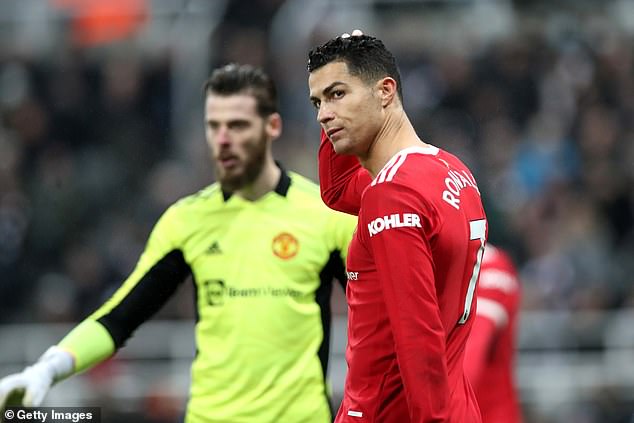 Following the game, Neville took aim at United and criticised their players as being 'whingebags', while also labelling them a 'mess' during the second half 'desperation'.

However, Ferdinand believes that many are too withering in their viewpoints on the issues at Old Trafford, and even singled out Neville on his podcast.

'Against Newcastle we were poor. You can't get away from that fact,' he said. 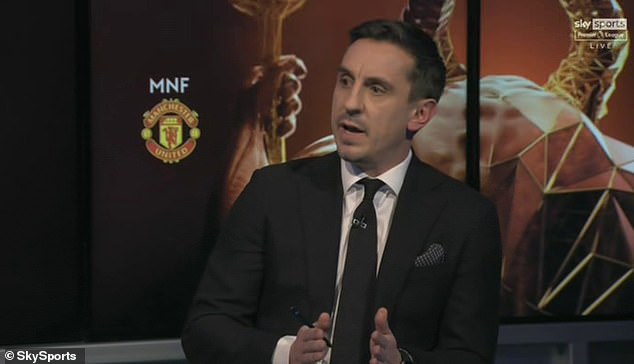 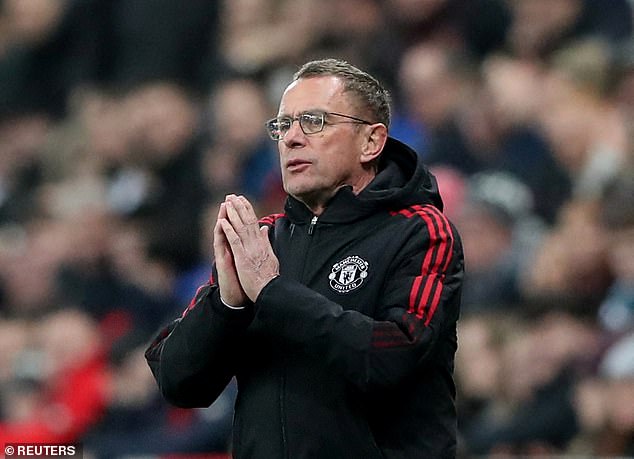 Ralf Rangnick remains unbeaten as interim boss, but has been frustrated with performances

'But it is still two wins out of three, albeit against Newcastle who have been the whipping boys for a lot of teams.

'But a lot of the press that came out following that game, even one of my old mates Gary Neville, I thought we were in a relegation battle listening to the comments coming out of people and the way the mood went to a negative place.

'Yes, we haven't played a brand of football that excites people or fans would have become accustomed to, but it wasn't like Ralf Rangnick was taking over a team in form.'

United were able to bounce back by beating Burnley 3-1 earlier this week, and Ferdinand hailed the side for making 'light work' of their opponents. 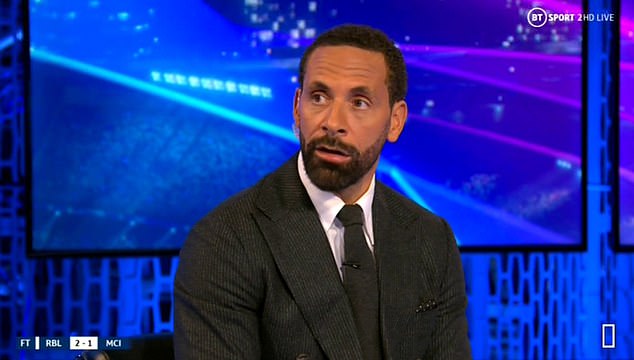 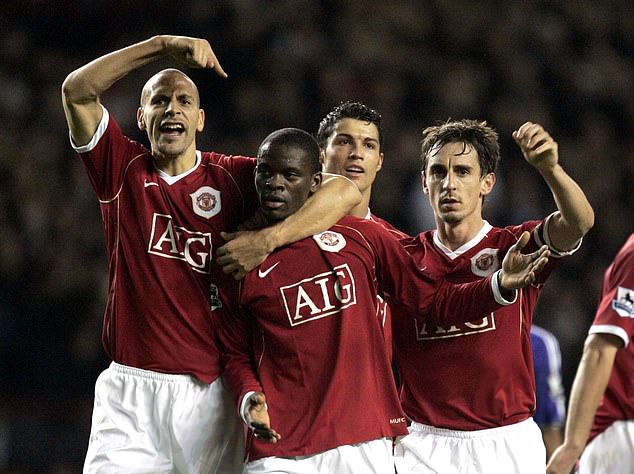 'You fast forward to the game against Burnley, you can say Burnley played badly but you've still got to perform, in this league you can be beaten by anyone,' he added.

'Man Utd are a perfect example of that at home. But they made light work of them. Man United had to go out there and perform and get three points.'

The result leaves United in sixth place, level on points with West Ham but four points adrift of fourth-placed Arsenal.

Next up, Rangnick's side take on Wolves in another crucial Premier League clash.

Questioning Everton's ambition, talking up a move to Italy while at Man United, and claiming he was a scapegoat for 's*** going bad'... Lukaku's history of public criticism after latest bombshell interview