Roy Keane BLASTS Manchester United's decision to start Juan Mata against Brentford, with the 34-year-old leaving at the end of the season: 'They are giving players a run-out for the wrong reasons'

The Spanish attacking midfielder, 34, will leave Old Trafford when his contract expires this summer after nine years at the club.

And United icon Keane blasted interim boss Ralf Rangnick's decision to start Mata as indicative of everything that's wrong with the club's culture. 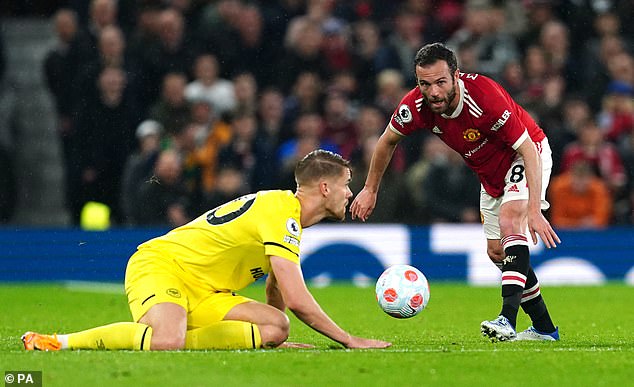 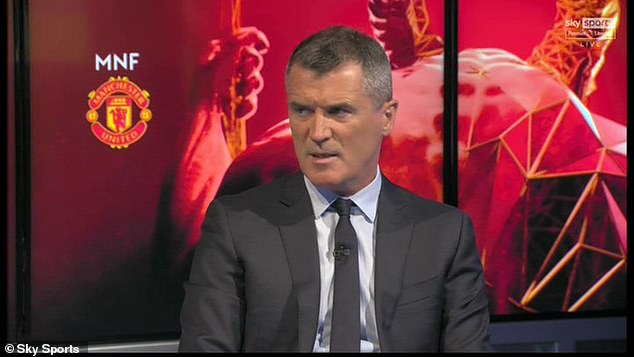 He said: 'I'm surprised. It's his first start of the season, he obviously knows he's leaving the club. There's some loyalty there, giving him a run-out.

'He came on for 20 minutes the other night but starting a game is much different.

'It tells you where the mindset is. They are giving players a run-out for the wrong reasons.' 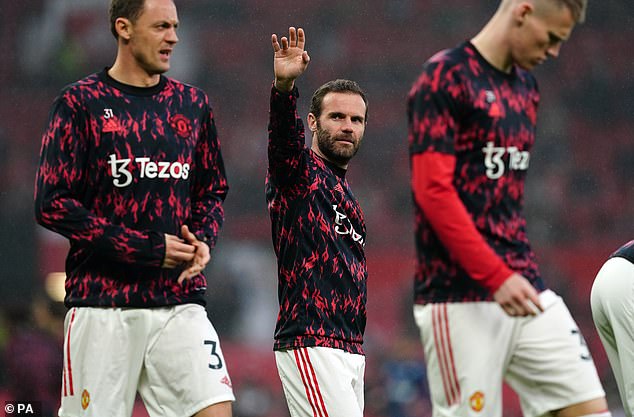 Mata, 33, is set to leave the club at the end of the season when his Old Trafford deal expires

Ex-Chelsea star Mata, before Monday night's game against the Bees, had only played 59 minutes of Premier League football across four appearances, with only nine appearances in all competitions this season.

And former Red Devils captain Keane clearly feels the 41-cap Spain international was given a cameo outing in the club's last home game of the season to allow him to say goodbye to fans.

United are likely to miss out on Champions League football this campaign, and will be three points behind Arsenal and Tottenham in fourth and fifth respectively, having played two games more, even if they beat Brentford.

Could Chelsea REALLY miss out on the top four? Worried Thomas Tuchel says he doesn't feel safe as his side stumble towards the finish line... and with rivals Spurs and Arsenal reeling them in, the final four games are bigger than they should be