Marcelo Bielsa MISSES OUT on a return to Athletic Bilbao after Jon Uriarte prevails in the club's presidential elections... with the new San Mames chief expected to appoint former Barcelona boss Ernesto Valverde as manager Manchester United fans 'plan anti-Glazer protest at Erik ten Hag's first game at Old Trafford'... with anger mounting against the Red Devils' owners after they take out £11m in dividends from the club West Ham are close to a free transfer swoop for Jesse Lingard after the midfielder left Manchester United with the Hammers in talks over a reunion after his impressive loan spell last year New Chelsea owner Todd Boehly 'met Cristiano Ronaldo's agent Jorge Mendes in Portugal this week to discuss a HUGE potential summer move', with superstar 'concerned' about United's progress Cristiano Ronaldo is NOT a target for Bayern Munich, insists sporting director Hasan Salihamidzic - despite Man United star's agent Jorge Mendes enquiring about a move should Robert Lewandowski leave for Barcelona

Real Madrid 'reach a verbal agreement with Monaco to sign in-demand Aurelien Tchouameni in a deal worth more than £85m' as the French midfielder looks set to snub Liverpool, Man United and PSG

Real Madrid have reportedly agreed a deal worth more than £85million to sign Aurelien Tchouameni from Monaco.

The 22-year-old has looked destined to leave the Ligue 1 club this summer, with some of Europe's top clubs all interested in signing him.

Liverpool, Manchester United and PSG have all targeted Tchouameni, who has established himself in the French national team over the last nine months. 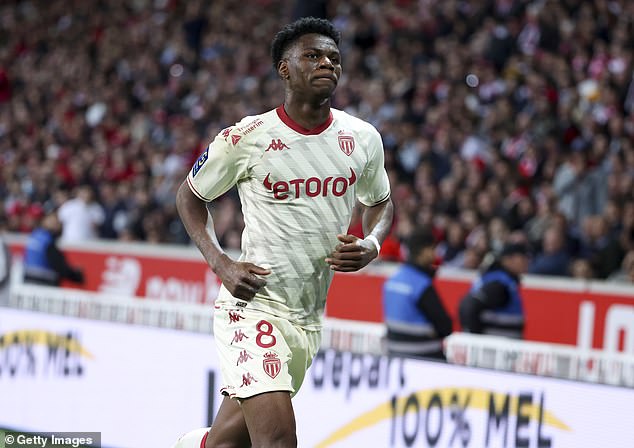 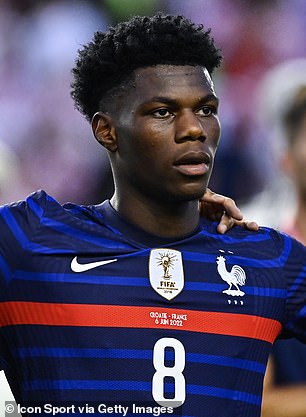 According to The Athletic, it is Real Madrid who have won the race for his signature after they struck a 'verbal agreement' with Monaco for the transfer.

The report adds that it is only a case of the paperwork being signed and the standard procedures being passed before the deal is made official.

The 'total package' - which will likely include the transfer fee, wages, signing bonus, agent fees and any add-ons - is said to come to over £85million.

Sportsmail reported on Monday that Real Madrid were hopeful of agreeing a transfer fee of around £68million.

Having started his career at Bordeaux, Tchouameni moved to Monaco in January 2020 and won the Ligue 1 Young Player of the Year award in his first full season at the club. 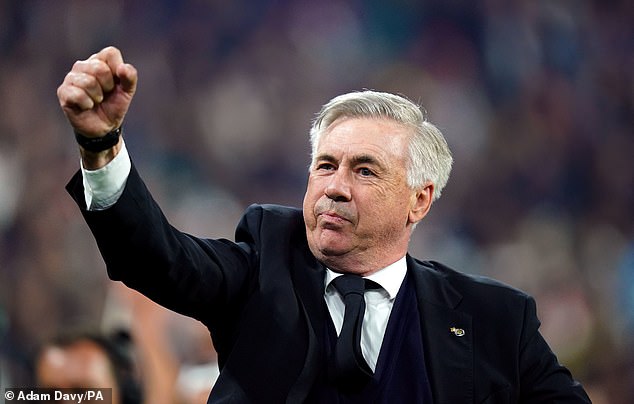 In 2021-22, the midfielder made 50 appearances in all competitions as Monaco finished third in Ligue 1 for the second season in a row.

He made his senior debut for France in September and has since earned 10 caps for Les Bleus.

It was only last week that Tchouameni said that he had not made a decision on his future, but now it seems as though he will join Carlo Ancelotti's side.

'Still no, [I haven't decided on my future],' the 22-year-old said, while away on international duty.

'It doesn't worry me because it's a position in which I [have] always wanted to be in. At the point in which the best clubs are following me, it means I am doing things well.'

Matthijs De Ligt has ALWAYS fancied the Premier League and a move to Chelsea or Man United could make sense for all parties... the £67m Dutchman hasn't improved in Italy and Juventus need the money!

Land a marquee signing like Frenkie De Jong, shore up the leaky defence and show more ambition... or give him the armband! How Erik ten Hag can keep Cristiano Ronaldo happy at Manchester United as uncertainty swirls around his future