Jamie Carragher believes Cristiano Ronaldo is no longer wanted at Manchester United and reiterated he cannot believe he was re-signed by the club last summer.

Ronaldo wants out of the club as United have no Champions League football this season, just a year after he made a sensational return to the club from Juventus in 2021.

The wantaway Portuguese star caused further controversy at the weekend by leaving Old Trafford before the end of their 1-1 friendly draw against Rayo Vallecano, something new boss Erik ten Hag has since labelled 'unacceptable'. 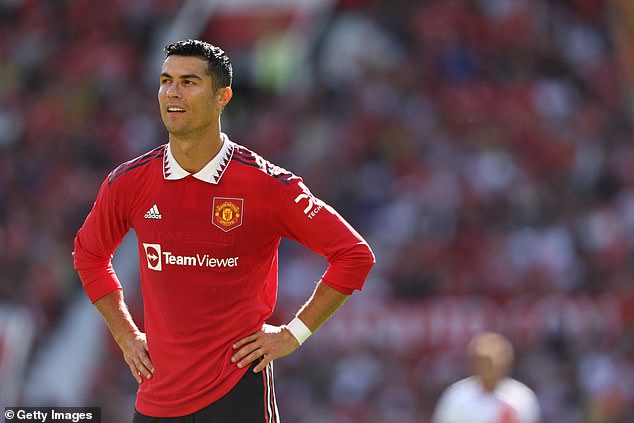 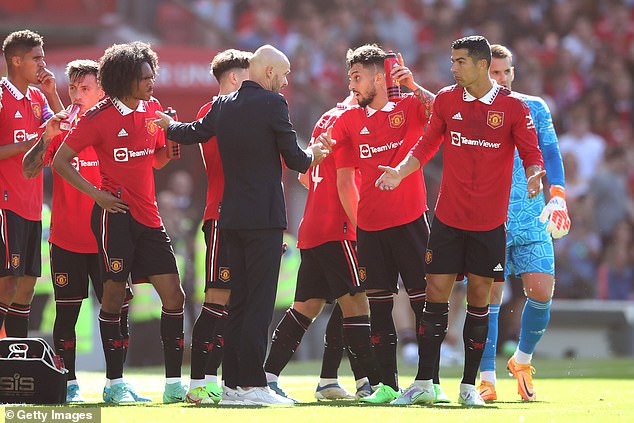 Bayern Munich, Chelsea and Atletico Madrid have all been linked with a summer move for Ronaldo but all three clubs have distanced themselves from those reports.

And Carragher, speaking on the Overlap, in partnership with Sky Bet, believes the lack of interest in him from other clubs means United will struggle to get their 'bizarre' signing from last season out of Old Trafford before the transfer window slams shut.

'I always thought he [Ronaldo] was a bizarre signing,' Carragher said. 'I always felt this situation would come, even if Ronaldo did great for you [Manchester United].

'He signed a two-year deal plus another year, which I couldn't believe, and he's never going to play second fiddle to anyone but as players at a certain stage in your career we all know that you're not the same player, and his career has gone on longer because he's such a great professional. 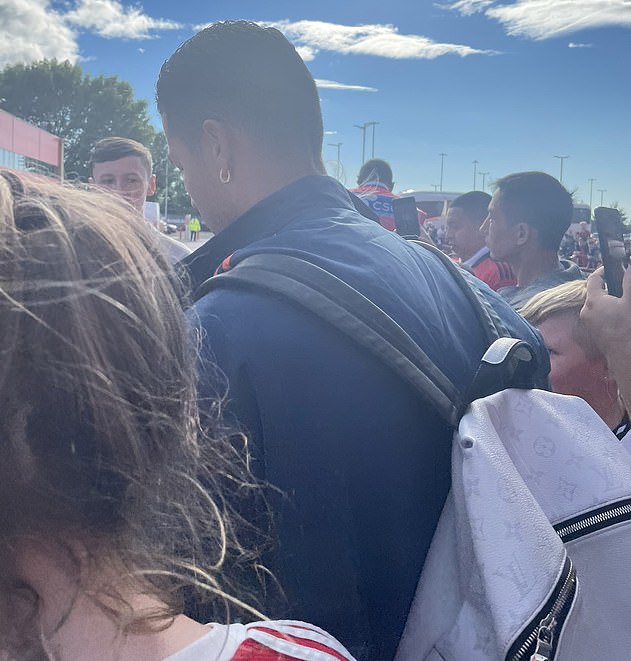 'But it doesn't look like United can get him out, so at the moment other clubs don't want him. And I think if you asked Ten Hag, I don't think he wants him. And I'm not quite sure the dressing room at Manchester United would want Cristiano Ronaldo right now.'

United have so far maintained that he is not for sale, with the former Real Madrid man still having one year remaining on his contract.

It is understood the forward's agent has informed United of an offer and wants the Red Devils to name their price.

And former United defender Gary Neville believes selling Ronaldo remains the club's only option, because they cannot afford to have their star player 'playing up' in the dressing room, comparing the situation to that of recently departed Paul Pogba. 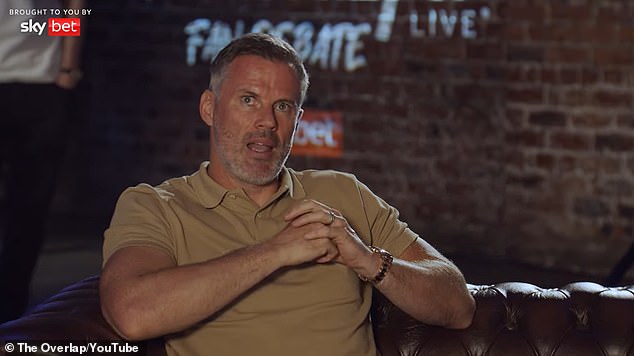 'Let me be really clear, Ronaldo's achievements in football go beyond anything that anybody could ever wish for and imagine' Neville said.

'He'll go down in the top players of all time and always will be, and what happens this summer at Manchester United will be forgotten about in 20 years.

'It happened at times over the last few years where you had Pogba's agent – not necessarily Pogba all the time but his agent [Mino Raiola] – always playing up with the club. You can't have your star player in a club running the shop. You cannot have it.' 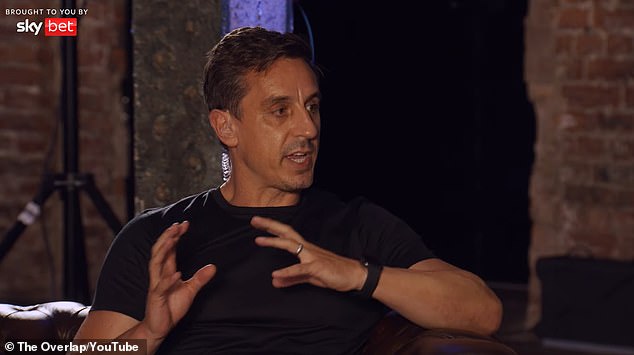 United had a productive pre-season, with Anthony Martial in particular impressing in forward positions. And Neville believes that is enough encouragement to continue without the 37-year-old in the side.

'We know he [Ronaldo] can’t do that [high pressing] – and the way in which he wants to play on the ball, I'm not sure he fits into Ten Hag's way.

'When that statement came out that Cristiano Ronaldo wants to leave and then the Monday morning I think something else came out – I'm not sure the club were even aware.

'The timing was horrific coming into the start of the season, it undermined Ten Hag straight away – it meant that Ten Hag literally has had every single press conference that he does is just obliterated by the Ronaldo issue.

'I think looking back, Pep [Gaurdiola], [Jurgen] Klopp, [Antonio] Conte, Sir Alex Ferguson – if a player becomes the dominating factor, and a distraction in the press conference for a manager, there's only one thing that has to happen. We all know it.' 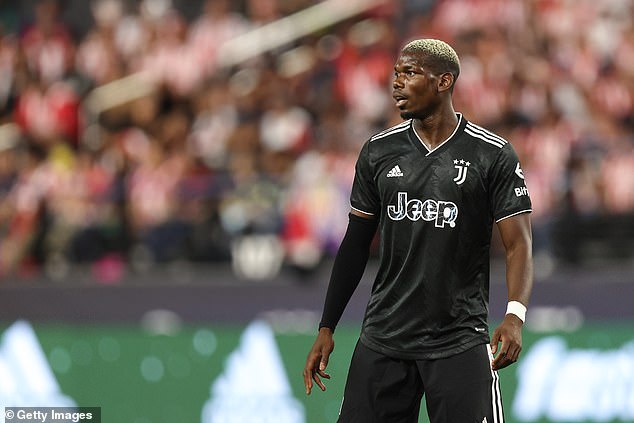 It's train CHAOS as railway strikes cause headaches for travelling football fans across the country this weekend... with only one of Saturday's seven Premier League games set to be unaffected by industrial action

'Composure 10/10... what a finish': Raheem Sterling and Declan Rice lead the praise for Ella Toone's 'magical' chip to give England the lead in the Women's Euro final against Germany