Tottenham expect Antonio Conte to receive the Government green light to take charge of his new club for the first time on Thursday night following his appointment as Nuno Espirito Santo’s successor on Tuesday.

In a landmark day at the north London club that saw Conte sign an 18 month deal, with the option for a further 12 months, worth a total of £20million, it can be revealed: 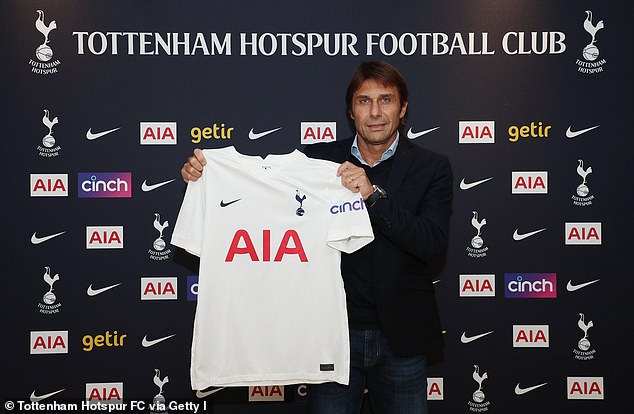 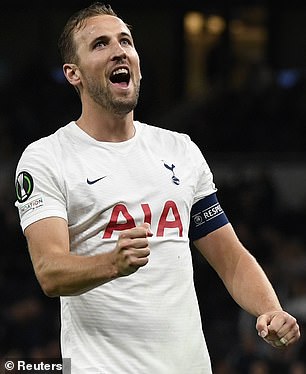 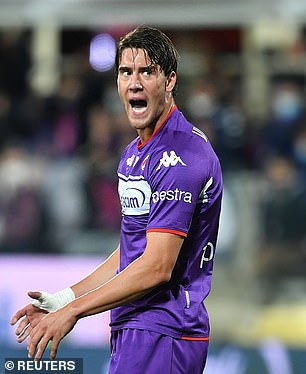 Harry Kane (L) is happy with the appointment of Conte, who is targeting Dusan Vlahovic (R)

Conte stayed the night at the club’s plush training lodgings on Monday ahead of Tuesday's noon announcement.

The Italian - and up to six of his coaching staff - intended to take Tueaday's afternoon’s training session but were unable due to employment red-tape, which will also preclude him from conducting Wednesday's press briefing ahead of Thursday night’s European Conference League game versus Vitesse.

He did, though, address his new colleagues and players in separate afternoon meetings on Tuesday.

Conte also watched his new players train for the first time at Spurs' Enfield HQ and was also due to spend a second night at the training ground.

If, as expected, his work permit arrives on Wednesday - then Conte is expected to be in the dugout for Thursday’s match. 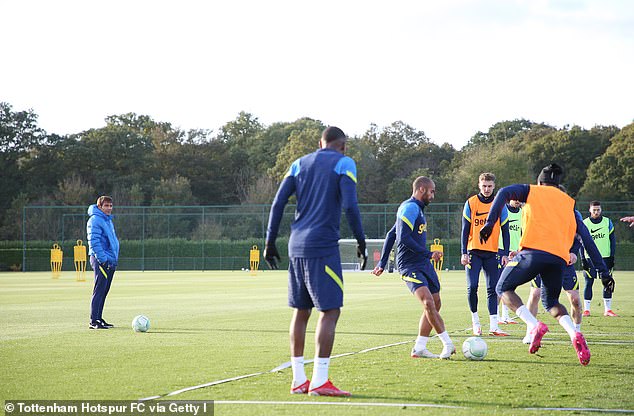 There is likely to be plenty of focus on whether Conte can reinvigorate Kane’s season given the England captain’s below-par season so far.

And it is understood Kane is enthused by the 52-year-old’s arrival given his proven track record of success.

The striker has been frustrated by the club’s lack of ambition and tried to leave the club in the summer as a result.

But Conte’s arrival is certainly viewed as a positive by the Tottenham striker.

Conte will spend the next two months assessing his squad before deciding who he would consider letting leave to raise money to reinvest into the transfer market. 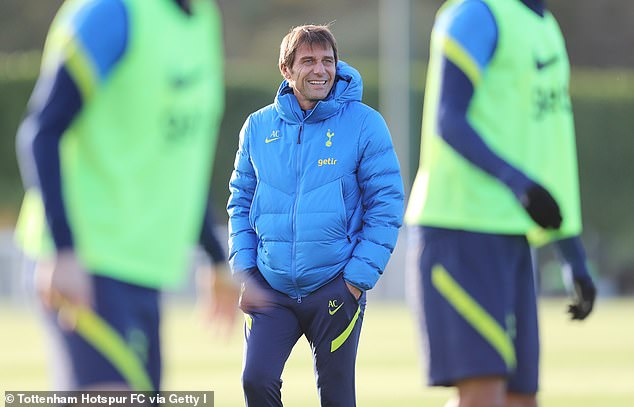 The former Chelsea boss will have money to spend and is understood to be keen on exploring a move for Vlahovic, who has scored 10 goals in 12 games this season.

There is also an interest in Nicolo Barella at Inter Milan, the club Conte left at the end of last season

‘I can't wait to start working to convey to the team and the fans the passion, mentality and determination that have always distinguished me, as a player and as a coach,’ said Conte. 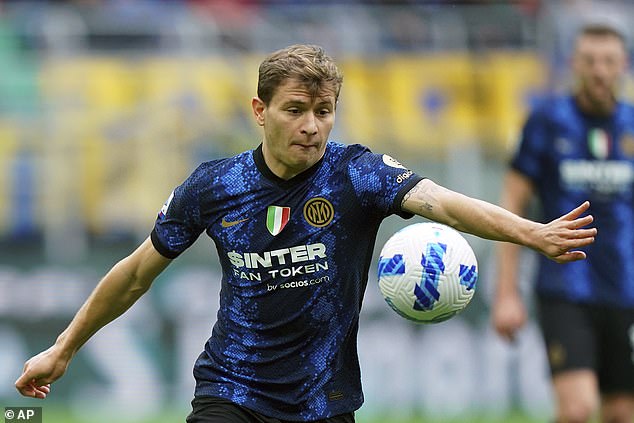 There is also an interest in Nicolo Barella at Inter Milan, the club Conte left last season

Conte rejected the opportunity to join Spurs in the summer following the club’s long-winded attempts to appoint Jose Mourinho’s replacement.

‘Last summer our union did not happen because the end of my relationship with Inter was still too recent and emotionally too involved with the end of the season, so I felt that it wasn’t yet the right time to return to coaching,’ said Conte.

‘But the contagious enthusiasm and determination of Daniel Levy in wanting to entrust me with this task had already hit the mark. Now that the opportunity has returned, I have chosen to take it with great conviction.’

Fabio Paratici, Tottenham’s director of football, played a key role in luring Conte to London; the pair having a long-standing relationship during their time together at Juventus.

Paratici said: ‘We are delighted to welcome Antonio to the club. His track record speaks for itself, with vast experience and trophies in both Italy and England.

‘I know first-hand the qualities Antonio can bring to us, having worked with him at Juventus, and look forward to seeing his work with our talented group of players.’