Antonio Conte was in another of his dark outfits and spent much of the 90 minutes with a face like thunder, fulminating, pointing and generally living up to that image as the Godfather on the T-shirts they sell on White Hart Lane.

It still does not feel anything like love between him and Tottenham, with the course of his press conference last Friday much like any other, Conte being asked in myriad ways about whether he wants to be here beyond a contract which runs to the end of next season. And implacably refusing to do so, because he does not feel there is enough here to satisfy his ambition.

It is hard to imagine a conversation with Daniel Levy resolving things this summer, given that the budget didn’t even satisfy him at Chelsea. Yet there were moments over the course of this afternoon when you wondered what more Conte could possibly want. 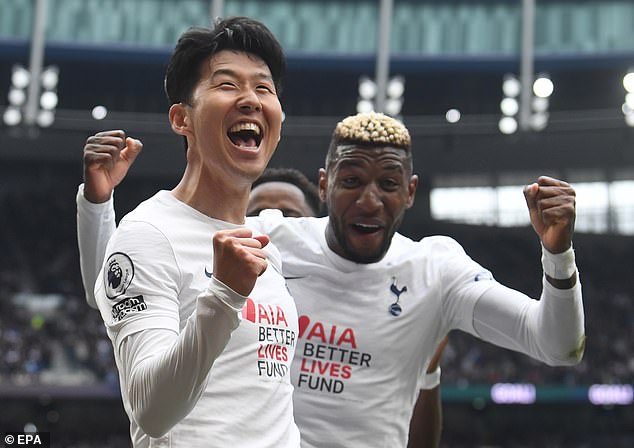 Around the hour mark, just before the second goal went in, the vast, steep bank of the beautiful South Stand launched into full song, filling this vast stadium with its sound. Then Son Heung-min took the pass which Dejan Kulusevski had laid into him, threaded it through a forest of players, to score and the roof was sent off the place.

Son’s second goal was even finer, sending Conte running back and hurling himself into his coaching team. The lingering embrace in which he held Son, when he departed three minutes later, signalled he knows what a gift he has in this player. He joked with him as they embraced, beneath the din of his send-off, about which foot was his favourite, since he scored with both.

If further reminders were needed that managing Tottenham ought to be a source of pleasure and honour then Kulusevski, whom he had lobbied Levy to sign in January, provided it. 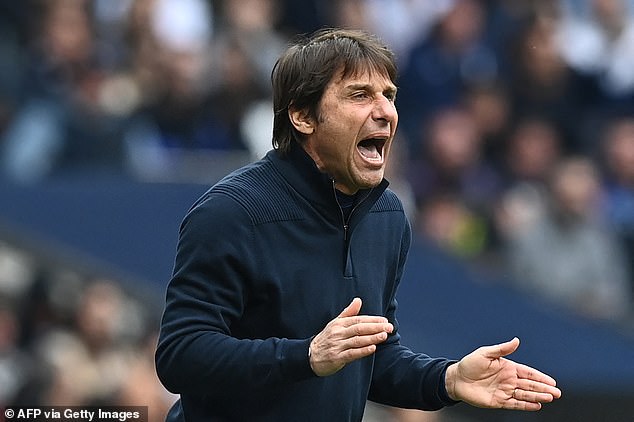 However, Spurs boss Antonio Conte spent much of the 90 minutes with a face like thunder 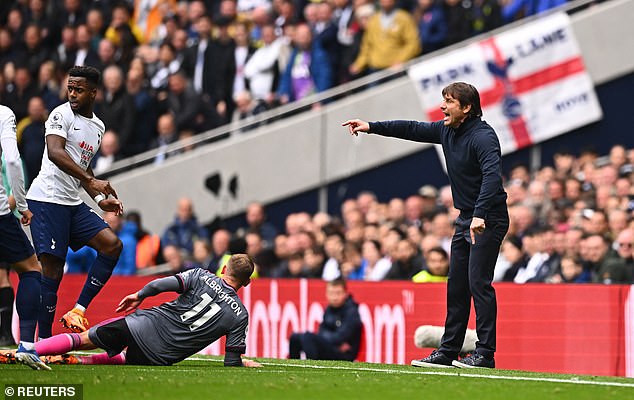 The Swede, who arrived 10 minutes into the second half and delivered new momentum to Tottenham’s game, is a distinctive player, physically threatening, standing 6ft 1in, yet one who has great dexterity with the ball at his feet.

He runs down the right flank with his arms held out wide, in the same distinctive way that Peter Barnes did in Manchester three decades back. He had already made life uncomfortable for Leicester’s Luke Thomas before he set up that first Son finish.

It is likely that Conte will get Kulusevski on a permanent £24.9million deal this summer, should he commit his own future to the club. RB Leipzig’s £27m-valued Croatia centre half Josko Gvardiol is one Spurs are also likely to pursue.

But that almost certainly will not be enough for Conte. He wants as many as eight first-team players to be replaced with others who meet his expectations and Tottenham need to sell, not buy.

The squad is already too big and foreign players must go because there are problems meeting the quota of eight home-grown players. Levy and this club are not ready for another total reset.

Leicester manager Brendan Rodgers observed ahead of this game that Conte’s expectations cannot always be granted in football.

‘He’s said about how he wants more top players. That’s something we would all love but it doesn’t always work out like that,’ he said of his Italian counterpart. 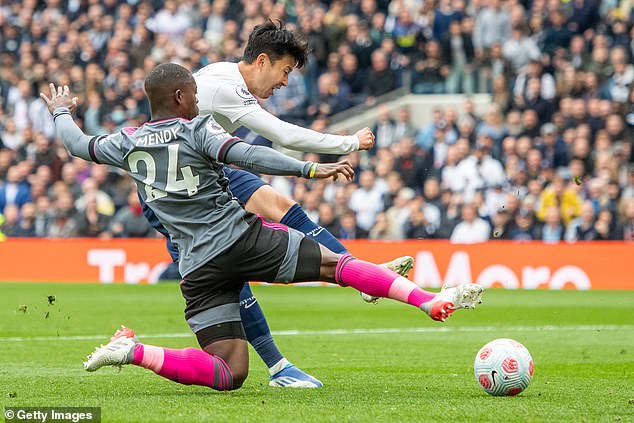 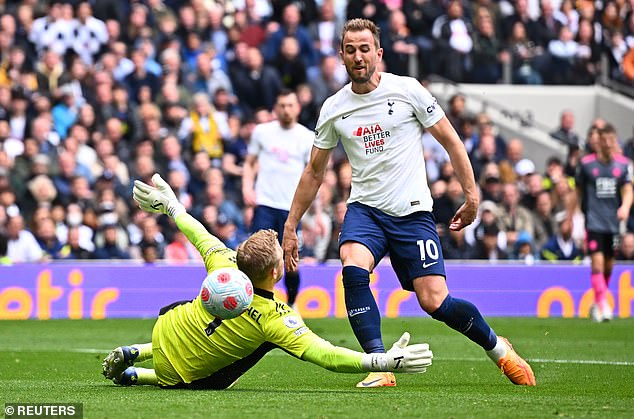 Recruiting a manager like Rodgers certainly feels preferable to 12 more months of Conte bleating about how he has not been granted his wishes here.

If Spurs tell him to take his high demands elsewhere, it is hard to see where he would actually go.

Paris Saint-Germain after Mauricio Pochettino is not a panacea for contentment, given that the coach does not decide who the club sign and how the team play. Real Madrid after Carlo Ancelotti is unrealistic, given that Conte has not reached the super-coach level yet.

What lies ahead for Conte 10 days from now is a north London derby in Tottenham which could make him a local hero for all time. 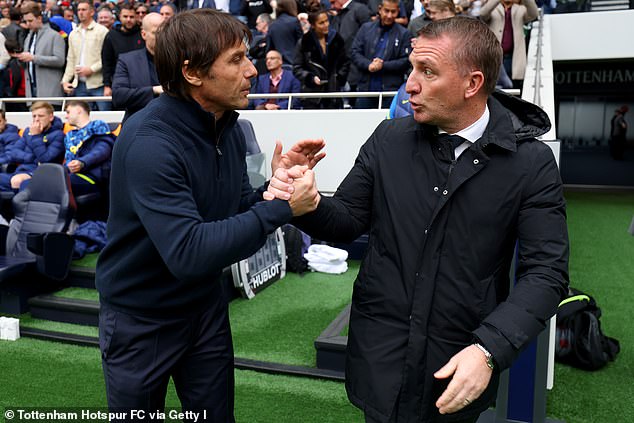 Arsenal will probably arrive in the box seat on Thursday week, given their win at West Ham yesterday and Spurs’ visit to Anfield next weekend. But Conte’s side are a different, better proposition against teams such as Arsenal and Liverpool, who show ambition.

It is why they won at the Etihad in February and why many Tottenham staff here yesterday were citing the club’s home game against Burnley as the one remaining fixture they most fear.

When they won at Manchester City, Spurs fans sang Conte’s name long and loud. If they beat Arsenal and displace them from next season’s Champions League, he will have iconic status to bask in, a home in one of Europe’s most outstanding stadiums, 60,000 fans who fill it and, in Son and Harry Kane, two of Europe’s best forwards.

If only Conte could see things this way, the world of football could be a different, more satisfying place for him. Football management’s most perpetually restive manager probably won’t, but Tottenham fans can hope.

EXCLUSIVE: Pierre-Emile Hojbjerg insists he wants to 'fight' for trophies at Tottenham and change the club's expectations, explains how Antonio Conte has helped Spurs find the 'X-Factor' and claims they are capable of finishing top four

Tottenham, Leeds and Fulham 'consider summer transfer move for 18-year-old Derby starlet Malcolm Ebiowei', with winger's contract up at the end of the month