Tottenham appoint ex-Bolton defender Gretar Steinsson as their new performance director to work closely with managing director Fabio Paratici... as Spurs' summer rebuild continues Gabriel Jesus will 'get more goals' for Arsenal next season than Richarlison will at Tottenham, insists Tony Cascarino, as ex-Chelsea striker believes the Gunners have got the 'more versatile' Brazilian

Tottenham turn down chance to sign Paulo Dybala after the Argentine, 28, demanded £280,000 a week to join on a free transfer after his contract expires at Juventus this month

Tottenham will turn down the chance to sign former Juventus forward Paulo Dybala due to his massive wage demands.

The Argentine, who leaves Juventus this summer after seven years at the club, had put the likes of Spurs, Arsenal and Manchester United on alert by hinting that he was keen on a move to the Premier League.

But despite his availability on a free transfer, Spurs chiefs have baulked at the cost of a potential deal — with the 28-year-old asking for around £280,000 a week. 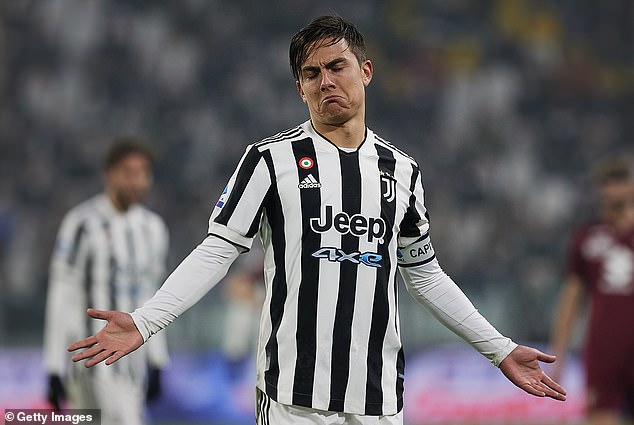 Dybala scored 82 goals in 210 league games for Juventus but the Italian side declined to extend his stay in Turin when he asked for a net salary of €8m and a €2m bonus — the equivalent of around £373,000 a week.

Inter Milan have made an offer to Dybala which is believed to be £6m a year including bonuses — around £260,000 a week before tax — but he is holding out for more.

As an alternative, Inter are interested in bringing back Chelsea striker Romelu Lukaku on loan after he left San Siro in a £97.5m transfer last summer. 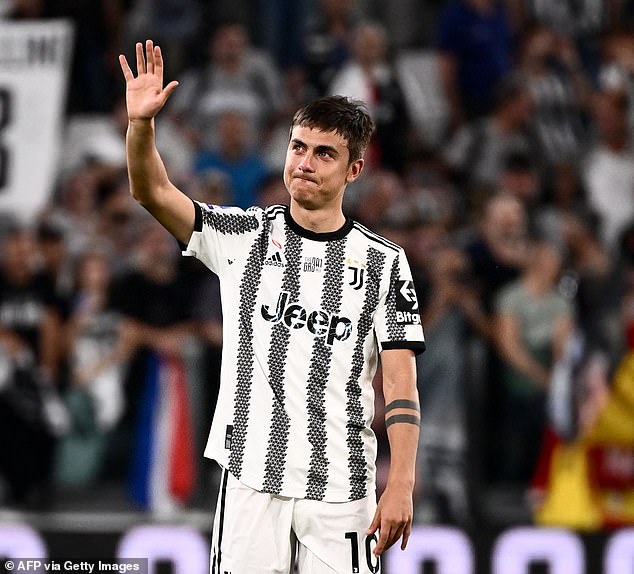