Gary Neville backs Man City to retain the Premier League by '15-20 points' after 6-3 derby day mauling of United... as he heaps praise on 'abnormal' Erling Haaland for hitting another home hat-trick  'We all have this fire burning inside because of what happened': Aaron Ramsdale insists Arsenal's collapse at the end of last season is the inspiration behind their strong start to the new campaign as he opens up on their 'Eff it' mentality

Barcelona unveil new signings Marcos Alonso and Hector Bellerin... but Xavi confirms the pair will NOT make their debuts against Viktoria Plzen in the Champions League because 'they have to get used to what we are doing'

The pair had their contracts terminated by Chelsea and Arsenal respectively on transfer deadline day, allowing Barca to pick them up on free transfers.

Bellerin, whose 11-year association with the Gunners came to an end after falling out of favour under Mikel Arteta, is back at Barcelona after leaving the club's academy in 2011. 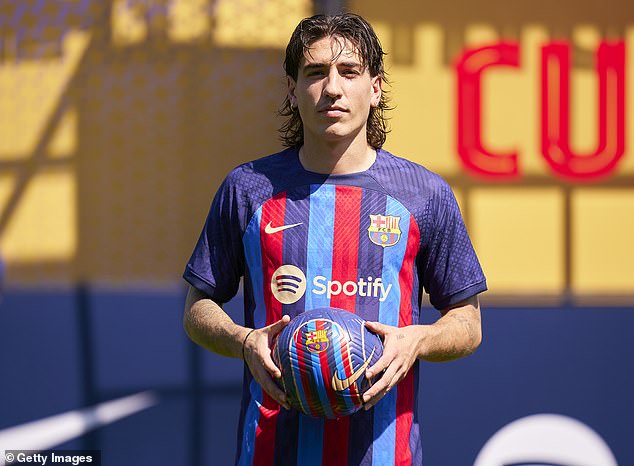 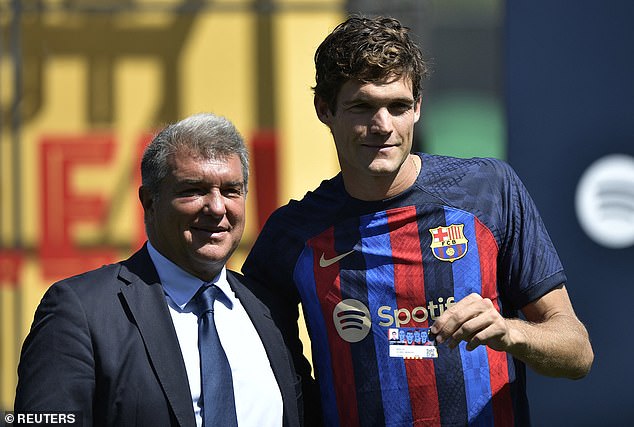 Meanwhile, Alonso made clear his desire to leave Stamford Bridge this summer and finally got his wish in the last hours of the transfer window.

But despite being presented to the media today by Barca president Joan Laporta, the full-backs will not make their debuts when Barcelona begin their Champions League campaign against Czech side Viktoria Plzen at the Nou Camp on Wednesday night.

Xavi confirmed that they would not feature after only just joining up with the squad, but would be available away at Cadiz in LaLiga at the weekend.

'They are two signings, they have to get used to what we are doing,' the Barca manager said. 'They haven't had minutes this season and they need a little more physical work. Saturday they will be in the squad.' 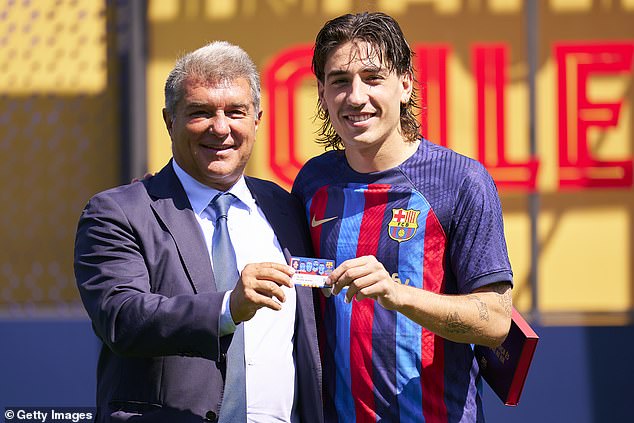 Bellerin is back at Barcelona after 11 years at Arsenal, where his contract was terminated 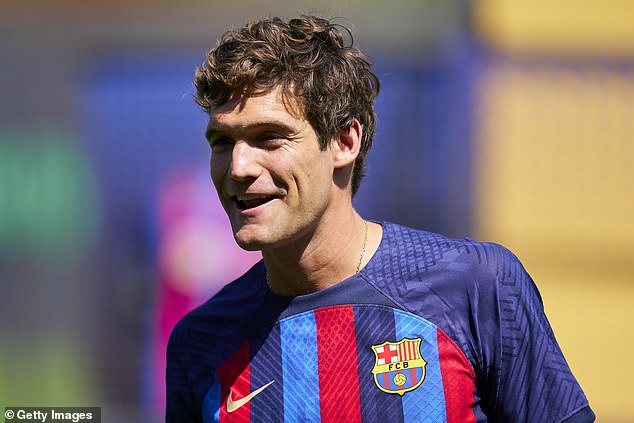 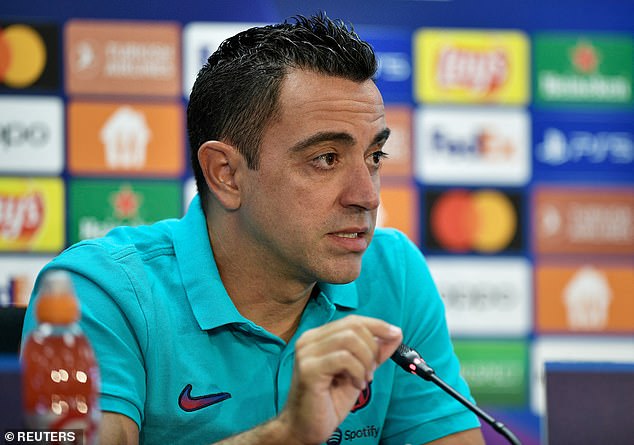 Xavi did confirm that he would be making changes to the team that won 3-0 away at Sevilla last weekend to help deal with the busy fixture list.

Gerard Pique, Frenkie de Jong, Ansu Fati, Memphis Depay and Ferran Torres were among the players to start on the bench in Seville so will hope to start against Viktoria.

'Yes, there will be rotations,' Xavi said. 'The calendar is very demanding, we need people to have minutes, there is tiredness, fatigue and niggles after the Sevilla match. We have a big squad and we have to rotate. That's the idea.'