All or Nothing! Tottenham ruined Arsenal's top-four dream last season and it was all caught on camera by Amazon. Can Mikel Arteta rewrite the script or will it be another horror show in the north London derby? MARTIN KEOWN's north London derby combined XI: Lloris in goal, Arsenal dominating defence and in-form Odegaard the pick of the midfielders... but does Harry Kane or Gabriel Jesus start up front?  Arsenal 'to go again for Juventus midfielder Manuel Locatelli', despite missing out on the Italian last summer... with the Euro 2020 star thought to be 'a good fit' for Mikel Arteta's Gunners squad Don't lose your head! Legendary Arsenal goalkeeper David Seaman urges in-form Gunners midfielder Granit Xhaka to stay calm during their crunch north London derby with Tottenham

'It wasn't about performances or quality... it's just about politics': Arsenal cast-off Bernd Leno attacks Aaron Ramsdale's promotion to No 1 goalkeeper - after he 'had to get out' with a move to Fulham

Bernd Leno has launched a scathing attack on Arsenal and claims 'politics' was behind his summer departure.

The German joined Fulham last month in an £8million deal after four years at Emirates Stadium, in which he made 125 appearances across all competitions.

The 30-year-old was replaced as Mikel Arteta's No 1 goalkeeper by Aaron Ramsdale last season and made just eight appearances in 2021-22. 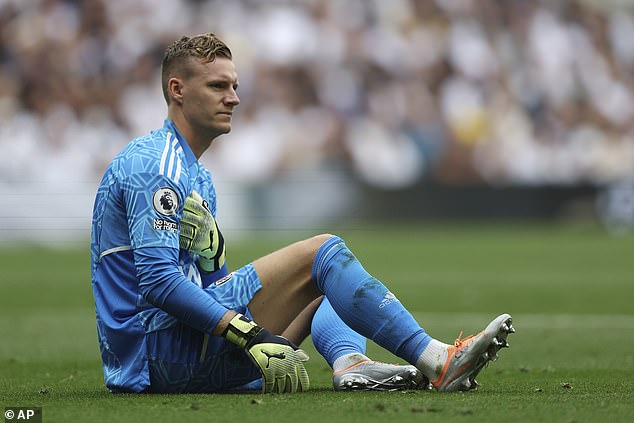 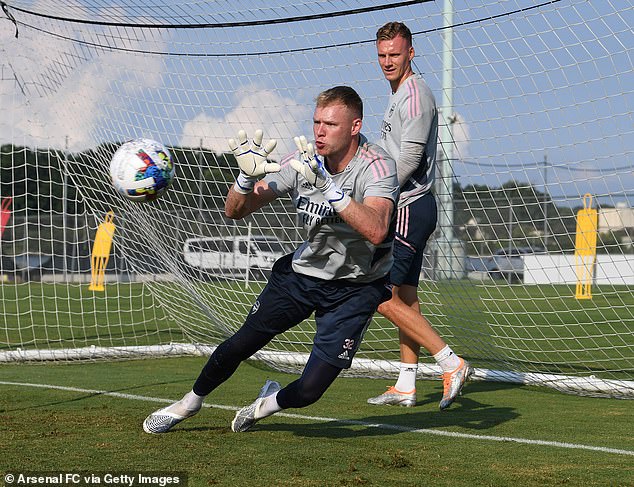 The Gunners then brought in Matt Turner to come in as No 2 this summer, and Leno appeared to hit out at the signing of the USA international as 'politics', making it clear he had to 'get out of here'.

'When I realised that it wasn't about performance or quality, I knew that I had to go,' Leno told SPORT BILD via Fussball Transfers.

'In preparation, I saw that it is not about performance, but only about politics. It was clear to me: I had to get out of here.'

Leno is now a No 1 goalkeeper once again in west London, having started the last four Premier League games for Marco Silva's men. 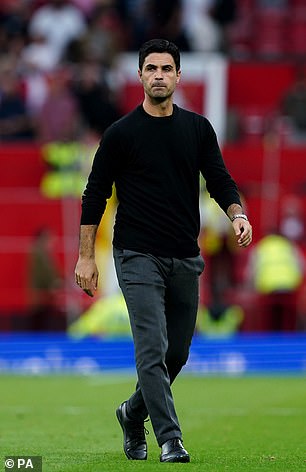 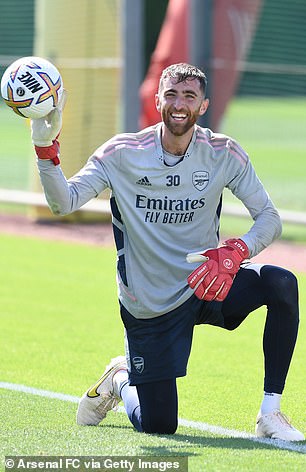 And the former Bayer Leverkusen man is now targeting a recall on the international scene and adding to his nine Germany caps with Hansi Flick's men, having not played for Die Mannschaft for 12 months.

'The most important thing for me is to find my rhythm again,' he added.

'Especially after I wasn't actually able to train properly at Arsenal and had no preparation. It's up to me to get the focus back on the national team.' 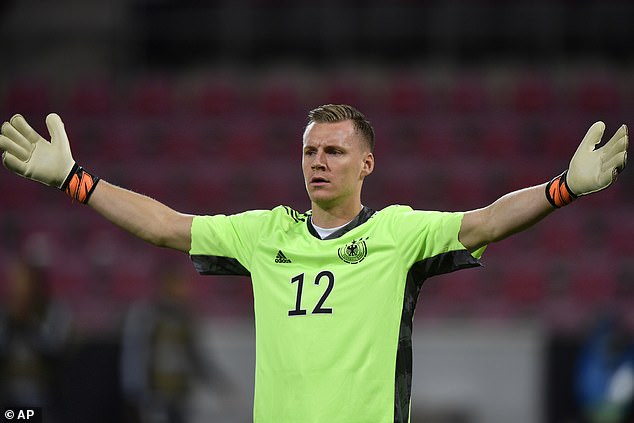 'For Bernd at the end, it was just a professional relationship that he wanted to sustain because he's a player that for the past 11 years has always started games and he's so used to it,' Arteta said.

'He's an international player but then I spoke to him last night.

'It's a man who will be remembered here and it's been a privilege to work with him, but in football you have to make decisions and try to get the best out of your players to play the way you want to play, and Bernd has found a move that he and his family are really happy with, and we wish him all the best.'