'Arsenal is my dream destination': Wolfsburg striker Jonas Wind reveals the Gunners are his 'favourite club' as he hints at a future move and calls the Premier League the 'best in the world'

Wolfsburg striker Jonas Wind has admitted that it his dream to play for his 'favourite club' Arsenal in the future.

The 23-year-old moved to Wolfsburg from Copenhagen in January, and scored five goals in 14 appearances for the Bundesliga club.

However, speaking in an interview with Bulinews.com, the Dane is already eyeing up his next move, and says his ideal move would be to join the Gunners. 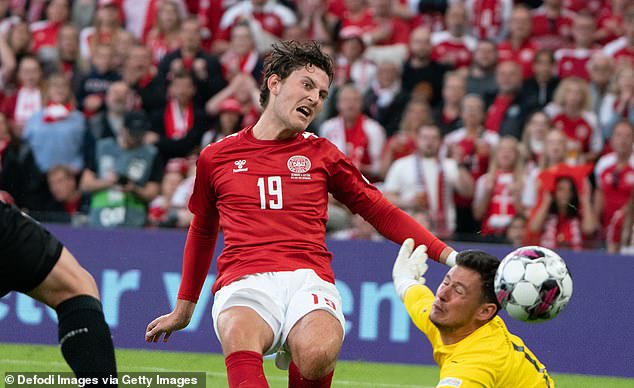 'If we look into the future, Arsenal would be a dream destination for me, as it has always been my favourite club'. Wind said.

'In general, I think the Premier League is the best league in the world, and it would be exciting to play there.

'But as I said, that's not what I'm focusing on at the moment. I'm doing well here in Wolfsburg, it's a good club for me, and the Bundesliga is a great league to play in.' 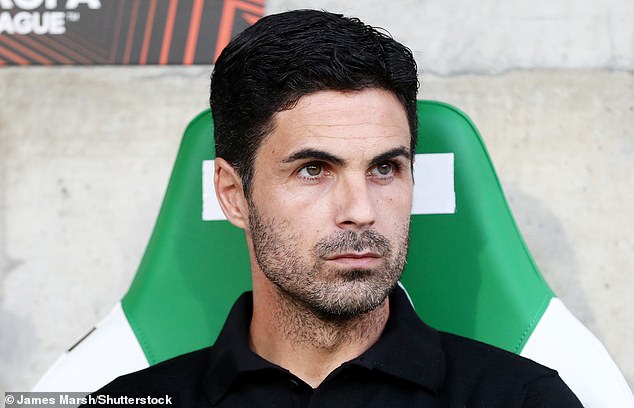 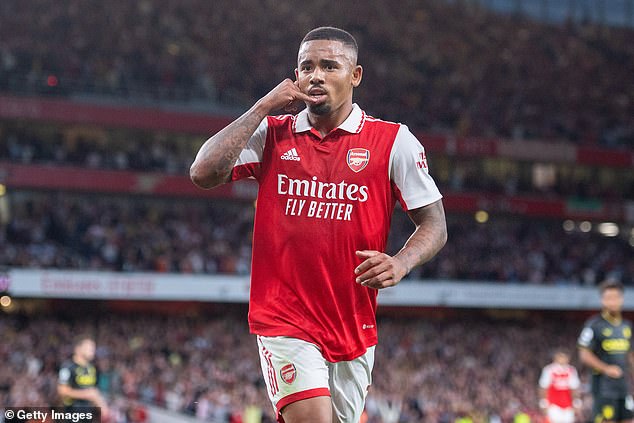 Wind has hit five goals in fifteen games for the Danish national team and is looking forward to making an impression at the World Cup in November. Denmark have been drawn in Group D with France, Australia and Tunisia.

Arsenal splashed out £45 million on Gabriel Jesus this summer, so a new forward would unlikely be on Mikkel Arteta's radar. However, at 6'3', Wind would present a different option for the Spanish boss.

It has been a stuttering start to the season for Wind, who has been struck down with a hamstring injury. But the forward hopes to be back after the international break to make sure he is ready for Denmark's World Cup bid. 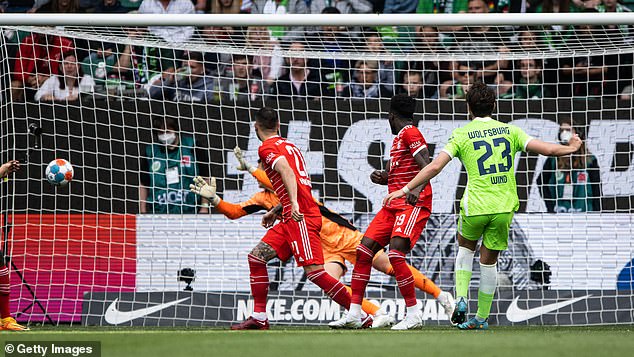 'It's already been around four weeks since I sustained the injury, and there's still some time left until I can return.' Win added.

'Hopefully, I'll be available again once the international break is over. My rehab is going well, and I've started running a bit,' said Wind.

'Of course it's annoying. It's a setback, but if I can return in the beginning of October, there will still be around a month and a half before the World Cup begins.'

South American talents at Man United and Arsenal, the Rennes forward with insane speed, Jurrien Timber's twin brother and a 16-year-old in Braga's squad... Meet the wonderkids hoping to light up the Europa League