What is the Supporters' Shield? Everything you need to know about the MLS trophy

Manchester City star Jack Grealish celebrates with a Chinese takeaway after 'great day at the office' against Man United... after the winger shone in 6-3 derby demolition at the Etihad

After Man United's derby disaster, five reasons why their fans should be panicking about a return to the dark days of last season... and why it is NOT all doom and gloom for Erik ten Hag

'We all have this fire burning inside because of what happened': Aaron Ramsdale insists Arsenal's collapse at the end of last season is the inspiration behind their strong start to the new campaign as he opens up on their 'Eff it' mentality

'If you don't go there and kill, you are going to have a big problem': Gabriel Jesus rues Arsenal's inability to make their dominance count after suffering first defeat of the season at Man United despite strong showing

Gabriel Jesus says Arsenal have to learn from their failure to ‘kill’ Manchester United after the Premier League leaders were beaten at Old Trafford on Sunday.

The Gunners surrendered their 100 per cent record in a 3-1 defeat despite another promising performance.

Arsenal remain top of the table, one point ahead of Manchester City and Tottenham, but Jesus believes that Mikel Arteta’s young team have to heed the lessons from their first setback of the season after failing to score more goals when they were dominant in the second half. 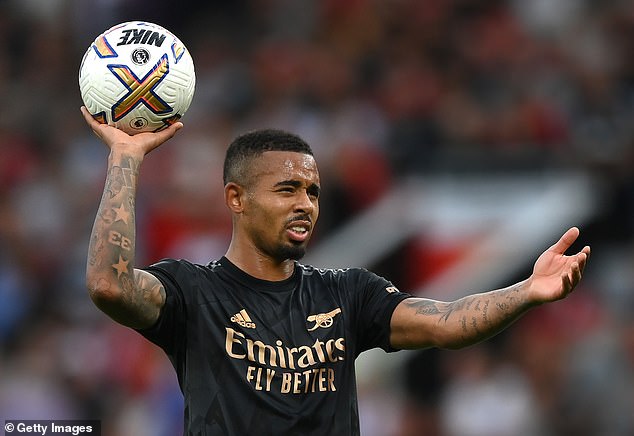 ‘The feeling is frustration because we controlled the game and we were better than them, the opponent,’ said the Brazil striker. ‘But now is the time to learn from it and improve. We are doing so well this season but there are still things to improve for everyone, as individuals and as a team.

‘Everyone is together and we stick together until the end, and that’s it. We came to play against a strong opponent and it’s always hard, it’s the Premier League.

‘So we are not happy because, in my opinion, we could win today because we play so much better. But that’s football, they have quality as well and then if you don’t go there and kill, you are going to have a big problem – and that’s what happened. 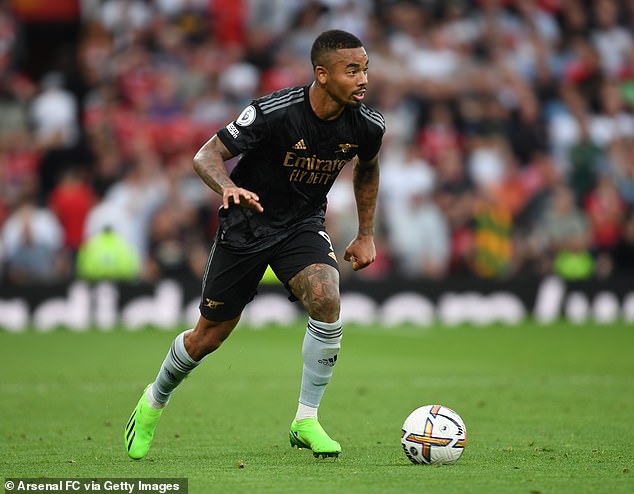 ‘If you look at our team you can see we are still young. It is the youngest team in the league, in the toughest league of the world.

‘We are playing so good and then we play against an opponent, who is young as well, but we have to learn from it.

‘This one is gone. We have to learn and then do better next time. We are playing so well, so good, but no one is perfect. No team in the world is perfect and we have to play to try to score and don’t concede.

‘I think now it is our challenge to improve a lot of things, and come back strong.’