Roy Keane says Manchester United are 'CERTS for the top four' after their rousing victory over Arsenal... but Gary Neville claims his former side 'will struggle' as he tips them to be in a scrap with the Gunners and Chelsea

Roy Keane has backed Manchester United to finish in the top four this season, after their 3-1 win over Arsenal on Sunday afternoon.

Erik ten Hag's side picked up their fourth Premier League win in a row thanks to a brace from Marcus Rashford and a debut goal for Brazilian winger Antony - who joined this week.

And following the result, there was a large divide in opinion over United's chances of finishing in the top four, with Keane claiming they are 'certs' while Gary Neville suggested they would 'struggle'. 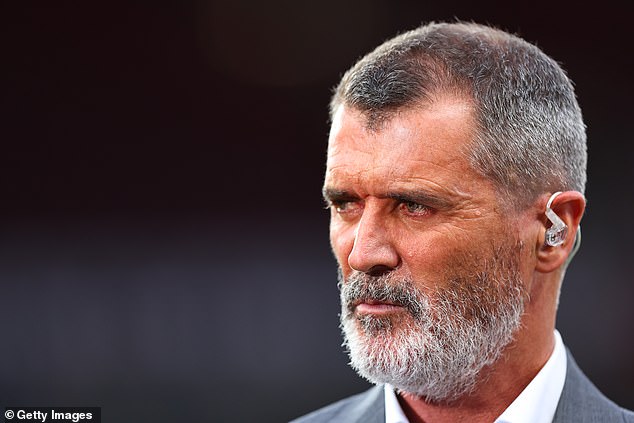 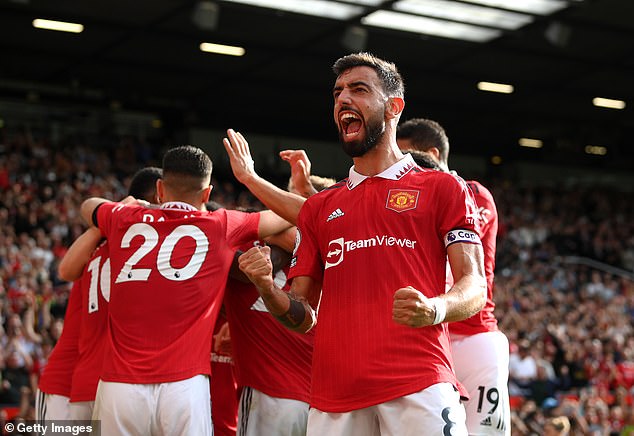 When quizzed on who would finish higher out of Arsenal and United, Keane responded: 'United. I think United will search for the top four. I think they've got a settled group now. New manager settling in. United for me.'

Meanwhile fellow Sky pundit, and United legend, Gary Neville said: 'I think City, Liverpool and Tottenham will finish in the top three. I think Chelsea, Arsenal and Man United… it’s a big battle. I think United will struggle to get into the top four, personally.'

United looked to have turned a corner under ten Hag following their disastrous start to the Premier League season, which saw them lose at home to Brighton and away to Brentford. 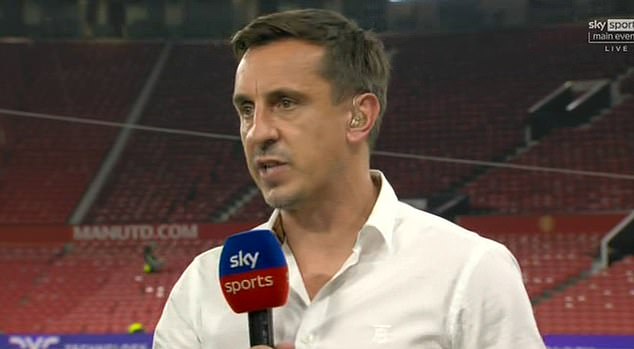 Jimmy Floyd Hasselbaink rounded off the opinions, when he said: 'I think United will. They’ll find a way of playing. They can't keep on playing the whole season like this. They need to improve.

'But I think they will get above Arsenal. I think Chelsea will be in the top four… with Man United, Manchester City, Liverpool. Tottenham don’t.'

The Reds will play their first Europa League game of the season on Thursday night, taking on Real Sociedad at Old Trafford, after they secured a sixth-placed finish last year under Ralf Rangnick.