'We need somebody who can press like that': Arsenal legend Ian Wright thinks his old club could use their former midfielder Alex Iwobi in current squad amid his renaissance at Everton

Arsenal legend Ian Wright believes his old club a missing a a player in the form of one that they used to have on their books.

Alex Iwobi began his career at Arsenal, coming through the youth ranks before spending four years with he first team. 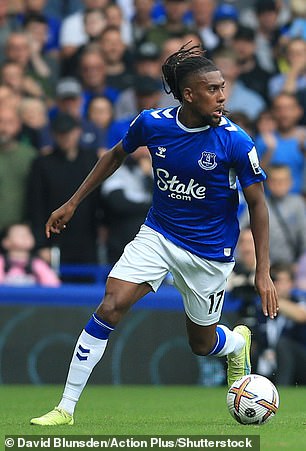 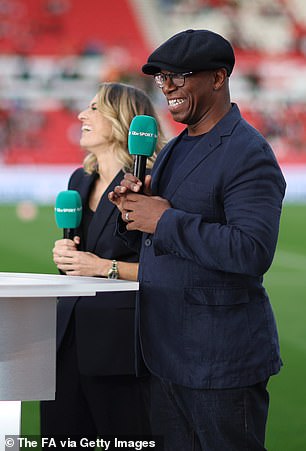 The midfielder has begun thios season strongly and Wright thinks he has qualities that the gunners are currently missing.

'I'm so pleased with the way it's going for him,' Wright told the Wrighty's House podcast (via Arsenal Mania). 'I remember Arsenal fans, it's the same thing they did with Oxlade-Chamberlain, they ridiculed him.

'His ball progression and work rate, what Frank has now recognised him and put him there, listen to the Everton fans when he's doing his work, they are adoring him now. I'm loving the way it's working out for Iwobi.

'Everton fans are now starting to realise that if they get the right players in and around him, he's going to be a force for them.

'You look at his work rate, it's unbelievable. It's the kind of intensity that Mikel wants now and needs now, we need that, we need somebody who can press like that.' 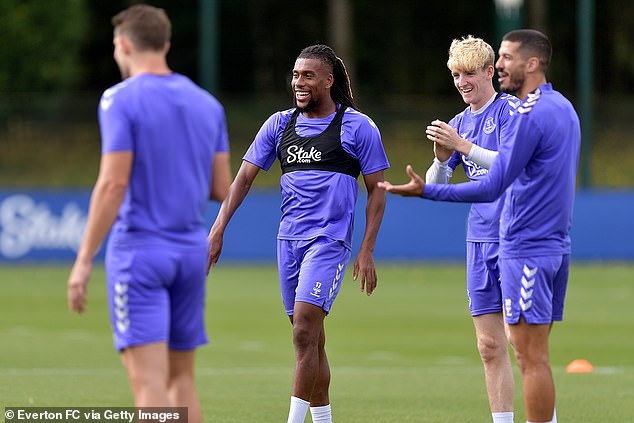