Bukayo Saka hands England a major boost as the Arsenal winger returns to training just three days after his injury scare against Nottingham Forest... allaying fears he could be at risk of missing the World Cup

Bukayo Saka has handed Arsenal and England a huge fitness boost, with the forward fit again following his injury scare at the weekend.

The 21-year-old hobbled off in the first half of Sunday’s 5-0 win over Nottingham Forest, sparking fears he could miss the upcoming World Cup.

But despite suffering a heavily bruised ankle, Saka returned to training on Wednesday and Mikel Arteta confirmed he is in contention to feature against Zurich on Thursday. 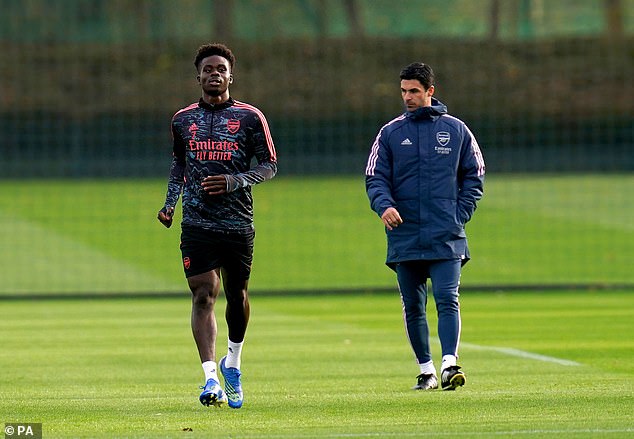 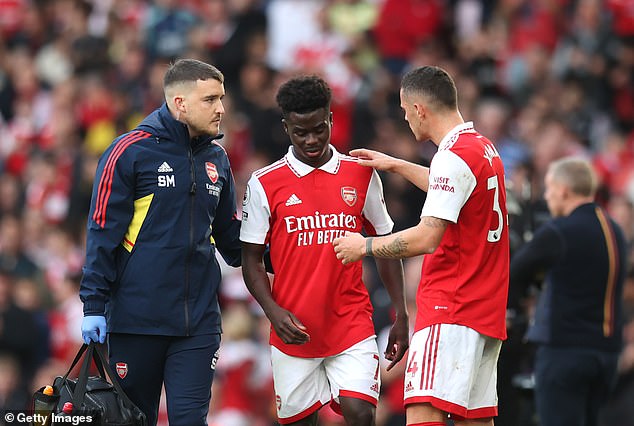 There was also good news surrounding Oleksandr Zinchenko and Mohamed Elneny, who are also close to returning following injuries of their own.

Elneny has not played since August due to a hamstring problem, while a calf injury has kept Zinchenko out of Arsenal’s past eight matches.

‘They are in different stages. Obviously Mo had a long-term injury but he has recovered in a really good way and he's been training with the team for a week or two now,’ Arteta said. 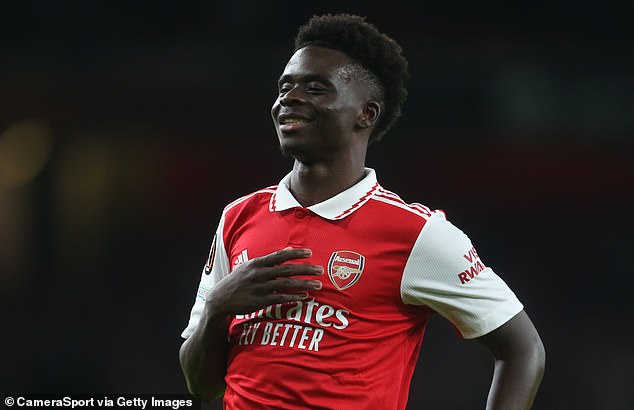 ‘Alex is just very recent and he trained just two training sessions and Bukayo just missed one or two and he was fine today.’

Arteta said he feels ‘responsibility’ to protect those players heading to this month’s World Cup. But he warned them that he doesn’t want to notice any players keeping one eye on Qatar.

‘We are playing for Arsenal at the moment and that's what they have to focus on,’ the manager said.

‘When they play for England or their national teams they have to focus on that.’ 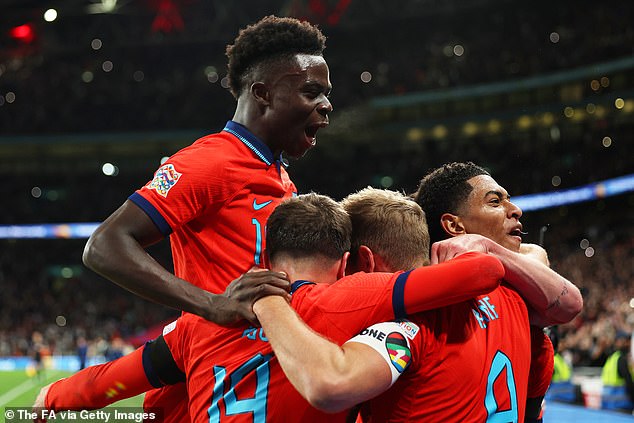 This week has seen Arteta linked with a possible return to Barcelona, where he began his playing career.

But the Spaniard has reassured Arsenal supporters, insisting on Wednesday: ‘What I can say, I'm extremely happy, I'm proud to be where I am

‘I think Barcelona now they are in a really good path, I think they have a phenomenal coach (Xavi), a coach that has been an absolute legend in that club and has lifted the whole place and you have to be very respectful of that.’