Carlo Ancelotti plays down Karim Benzema's injury concerns ahead of Liverpool clash after striker was forced off during Real Madrid's 2-0 win over Valencia, but admits Eder Militao will miss Sunday's game against Mallorca

Tottenham look likely to be without manager Antonio Conte as they host Manchester City in a huge Premier League showdown: Everything you need to know, including start time, team news and how to watch

Sean Dyche launches Everton inquest as new boss reveals he asked every member of his squad to fill in a QUESTIONNAIRE to understand the issues that have left them in serious relegation danger DANIEL MATTHEWS: Folarin Balogun has muscled his way above Kylian Mbappe to the summit of France's scoring charts as he thrives under Reims' English manager Will Still… can he risk returning to the shadows at Arsenal? Arsenal star Gabriel Martinelli SIGNS a new four-and-a-half year contract in huge boost to Mikel Arteta's Premier League leaders, with William Saliba and Bukayo Saka also in talks over new deals  Albert Sambi Lokonga reveals that a phone call from Patrick Vieira convinced him to join Crystal Palace on loan - and insists the Arsenal legend 'is going to push me to be a better player' Mikel Arteta insists there's 'much more' to come from Gabriel Martinelli and is excited for the player to continue his development at Arsenal after the club confirmed he has signed a new four-and-a-half year deal

'Hand it to him ASAP!' Rio Ferdinand claims Bukayo Saka 'is the Premier League young player of the year ALREADY' after his superb display in the win over Brighton... as he says Erling Haaland should win the senior prize

Rio Ferdinand has been full of praise for Arsenal's Bukayo Saka, arguing he is 'young player of the year already'.

The 21-year-old opened the scoring in just the second minute as Arsenal beat Brighton 4-2 on New Year's Eve, sending them seven points clear at the top of the Premier League.

He has now scored six league goals for the Gunners this season and become a vital cog in a team bidding for the title. 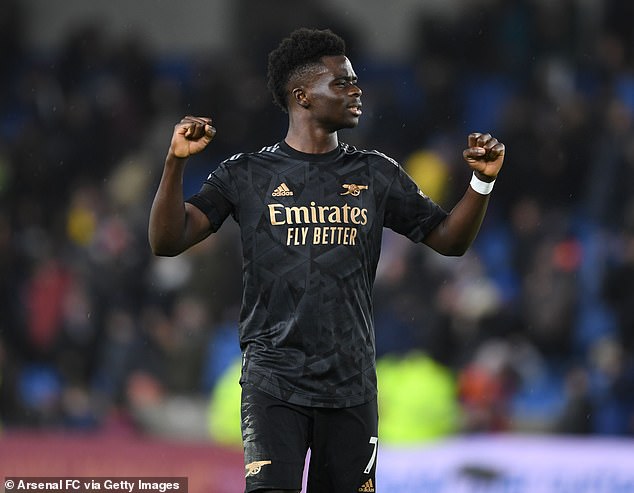 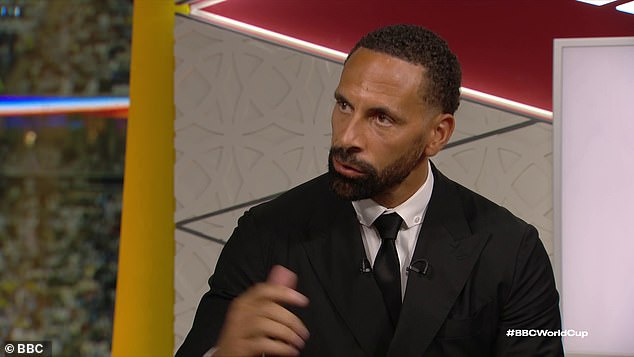 For Ferdinand, there is no better player of his age in the country, as he

#saka is PL young player of the year already….hand it to him asap….and give Haaland the senior award too while ya at it!!

that 'Saka is PL young player of the year already, hand it to him asap!'

He has also become a regular for England and scored seven goals in 24 appearances for the national team.

The former Manchester United defender also felt that the senior player of the season award was also decided, as he added 'give it to Haaland while you're at it!' 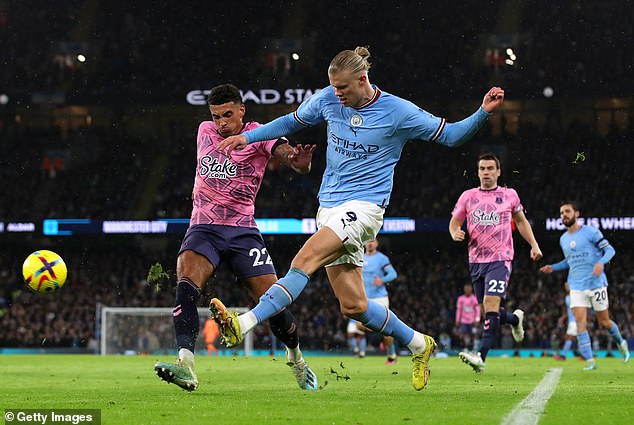 Erling Haaland has been electric so far this season, reaching 21 goals in just 15 league games as Manchester City have reached second.

He still has more goals than nine Premier Leagues sides and appears unaffected by his break from football after Norway failed to qualify for the World Cup.

If Ferdinand's predictions are correct, the two players of the season could be in a showdown for the league title.

Saka'a Arsenal are currently in the driving seat, but history suggests they may start to struggle in February, while City tend to find a way to win.