Former Arsenal scout Gilles Grimandi reveals that the Gunners tried to sign Kylian Mbappe at the age of 14 before he joined Monaco in 2013... and says a transfer looked 'easy' at one stage

Graeme Souness feels Man City are still favourites to win the league despite a seven point gap to league leaders Arsenal, as he points to their ‘inner belief’ as a factor and believes ‘fabulous’ Gunners will feel the pressure

Graeme Souness is still backing Manchester City in this year's Premier League title race despite them being seven points behind Arsenal, pointing to their 'inner belief' as a key factor.

The Gunners have been in excellent form this season and dropped just five points, but there have been concerns about the depth and experience among Mikel Arteta's young squad as the season progresses.

They beat a strong Brighton side in their last game, but there were nervy moments as they gave up two three-goal leads. 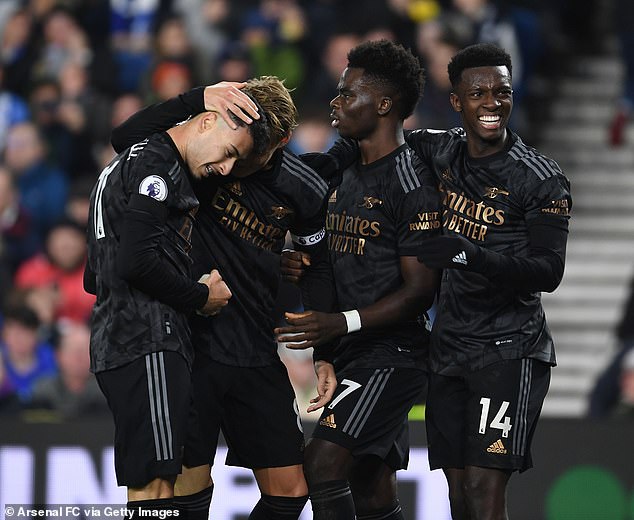 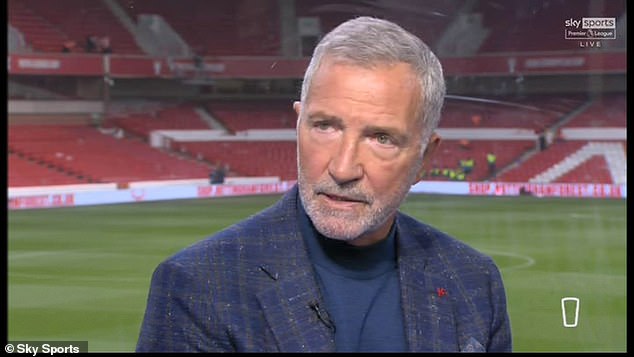 Despite this, Graeme Souness felt Manchester City would still beat them to the league title

Souness praised the Gunners for their performances so far but backed City to beat them to the title. He told Sky Sports: 'They have been fabulous. To their credit they don’t have a plan B, they want to stay on the front foot.

'In the second half they were holding on against Brighton. Brighton were getting through them quite easily last night, so that will be a concern going forward. In my head The old cliché is one game at a time, but with 10 games to go, you are not thinking like that. You do look forward. That brings its own pressure.'

He also felt that City had the mentality to overcome the deficit despite recent performances, as he added: 'They haven’t been terribly convincing, but they have the inner belief that they can win the league. That will stand them in good stead.' 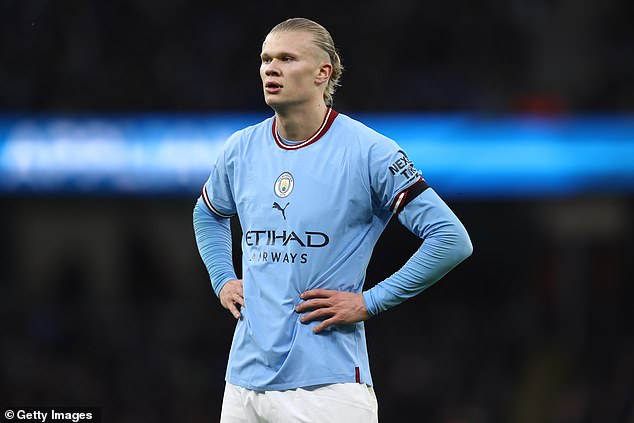 He admitted the Cityzens had 'not been terribly convincing', but pointed to their 'inner belief'

City have dropped points in two of their last five games, and have looked uncharacteristically leaky this season despite their excellence going forward.

Jamie Redknapp agreed with his fellow pundit but was full of praise for Arsenal, as he said: 'It is not with a great deal of confidence, but I think they will catch them.

'Arsenal have been magnificent, I love watching them. They remind me a bit of Liverpool under Brendan Rodgers, with a little bit of chaos. There is also a lot of beauty.'

Manchester City are next in action against Chelsea on Thursday, while Arsenal face Newcastle in their next game on Tuesday,