Chelsea captain Cesar Azpilicueta has admitted the club are 'really far' from their targets for the season after a draw with Nottingham Forest saw the Blues fall seven points off the pace in the race for Champions League qualification.

Graham Potter's side took a first-half lead at the City Ground through Raheem Sterling but failed to build on the advantage in the second half before Serge Aurier equalised for the hosts.

The draw leaves Chelsea down in eighth in the Premier League table, 18 points behind leaders Arsenal and seven adrift of fourth-placed Manchester United. 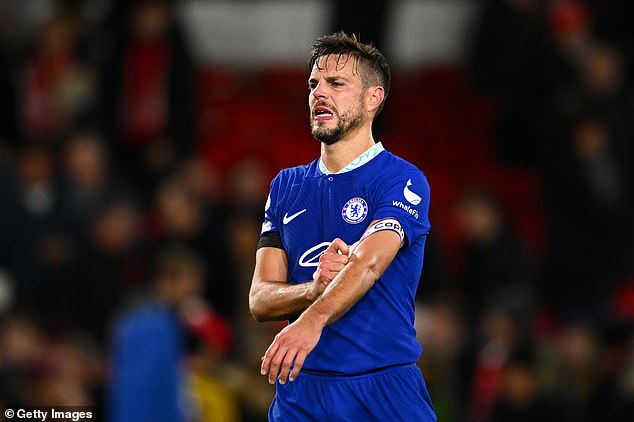 Azpilicueta admitted the Blues have been guilty of losing too many points this season, with the club facing an uphill battle to secure Champions League qualification.

'Every point matters and of course today we lost two points,' Azpilicueta said. 'That's clear and since the beginning of the season we have lost too many points and now we are really far from where we want to be.

'Every game we don't win is a chance that we miss, but this is the reality. 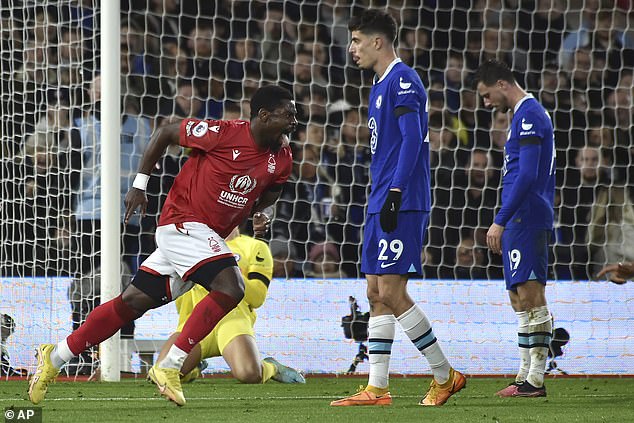 'When you see the table that's where we are and we need to have a very good second half of the season if we want to achieve Champions League qualification for next season. This is the reality that we face and we have to stick together.

'We know that it's not the most pleasant time but in these difficult moments we need everybody to stick together, to work hard to improve. To be humble, to see ourselves, to analyse ourselves and where we can do better.

'We have a massive game against Manchester City at the Bridge but we need to start winning points.' 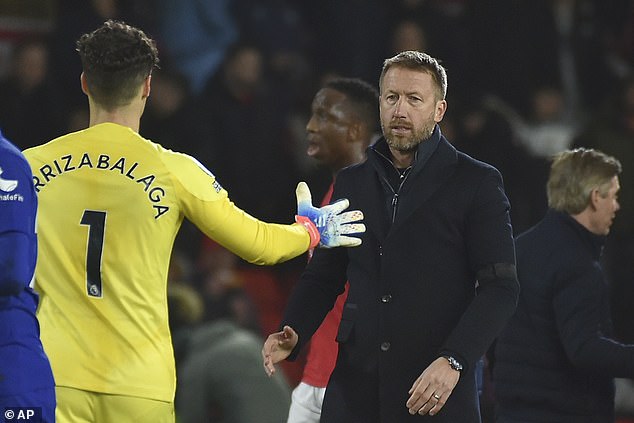 Chelsea host the reigning Premier League champions on Thursday hoping to end a run that has seen them earn one win in seven league games, before travelling to the Etihad Stadium to face City in the FA Cup third round on Sunday.

The Blues then take on Fulham for the west London derby, with Potter's side currently below their local rivals in the Premier League on goal difference.

Mikel Arteta will get to vent his fury over 'scandalous' refereeing of Arsenal, with new PGMOL boss Howard Webb to meet every Premier League boss face-to-face this month on a tour of all 20 clubs