Carlo Ancelotti plays down Karim Benzema's injury concerns ahead of Liverpool clash after striker was forced off during Real Madrid's 2-0 win over Valencia, but admits Eder Militao will miss Sunday's game against Mallorca

Tottenham look likely to be without manager Antonio Conte as they host Manchester City in a huge Premier League showdown: Everything you need to know, including start time, team news and how to watch

Howe took charge of the Magpies for the first time when they visited the Emirates in November 2021, after a change in ownership for the Tyneside troupe.

Arteta's side then lost 2-0 at St James' Park in May, which cost the Gunners their hope of finishing in the top four, something which captain Martin Odegaard said was spurring them on to their great campaign this time around. 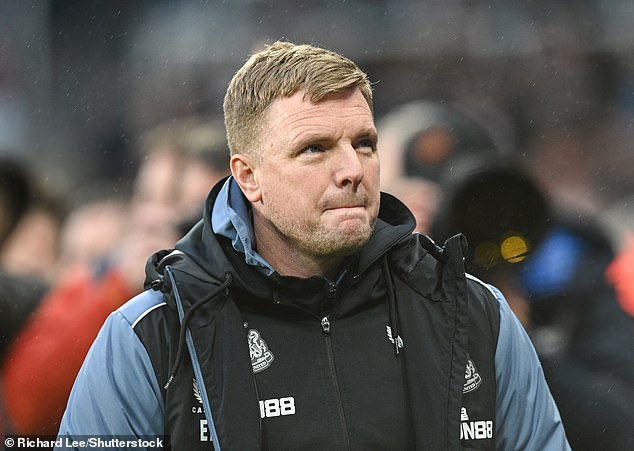 Arsenal are now heading the Premier League - and could extend their margin to ten points with victory over Newcastle on Tuesday.

However, the Magpies themselves have also turned around their fortunes, and currently sit third in the title race, behind Man City and Arteta's Arsenal.

Speaking ahead of Arsenal's clash with Newcastle, the Spaniard said:  ‘They are a very good team, really well coached. 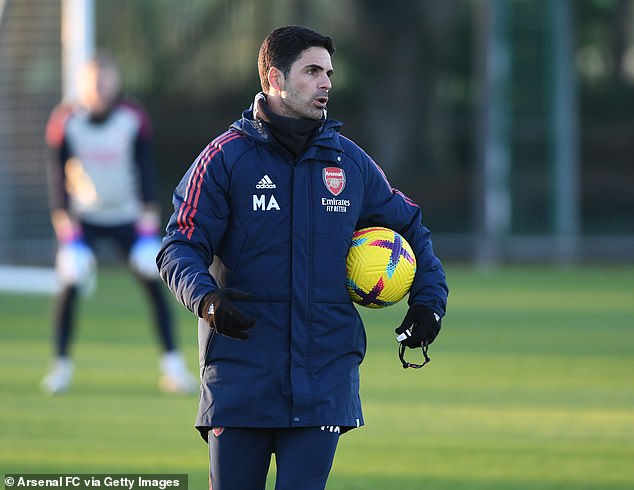 ‘I think what Eddie has done in that short period of time, when you look at the numbers, is an incredible big credit to him and the coaching staff.

'They have created a belief, a momentum around the team and they play the same way against any opponent.’

Arsenal currently sit seven points clear at the top of the league, with two matches to play against their closest rivals Man City. After Tuesday's league clash, their next match will be an FA Cup trip to Oxford United.

Meanwhile Newcastle, who sit third on 34 points, next face cup challenges against Sheffield Wednesday in the FA Cup and Leicester City in the Carabao Cup.

Arsenal want to tie Bukayo Saka and William Saliba down to long-term deals, with Mikel Arteta keen to keep the 'biggest talents' at the Emirates... after Gabriel Martinelli penned a new four-and-a-half year deal with the Gunners